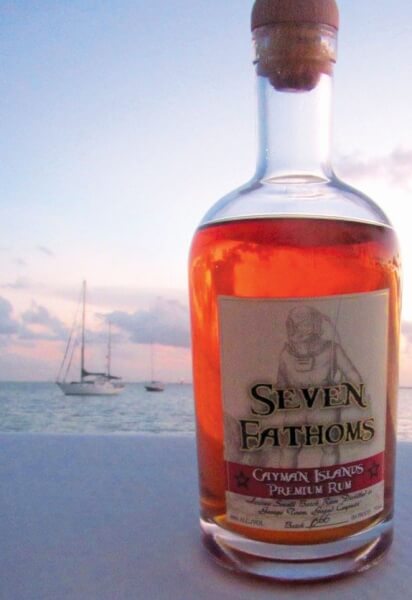 As a special thank you gift we received a bottle of Seven Fathoms Rum. This gift selection was not a stab in the dark, but a special find by the giver. Clint had been talking about this rum since he brought a bottle back from the Grand Caymans several years earlier. Whenever the discussion turned to rum, Clint would tell anyone who would listen about how this fine rum was made 42 feet below the sea. 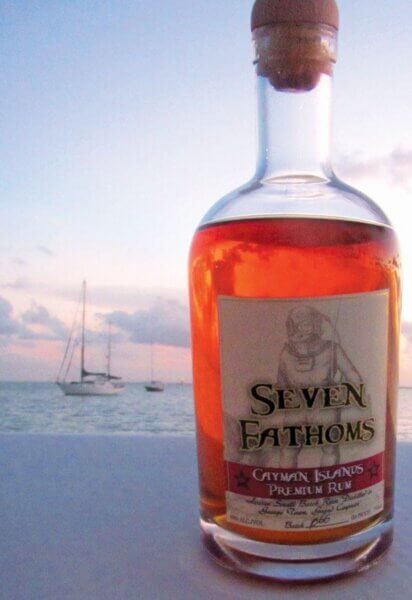 Cayman Spirit Company in Georgetown, Grand Caymans begins with organic sugar cane from East End, then carefully turns the cane juice into young rum using a cooper pot still. They place,the rum into white oak bourbon barrels, then take it to a secret location off the coast and anchor it seven fathoms below the sea. There the barrels are gently rocked by the current while maintaining a constant temperature. When the time is right, the barrels come to the surface for all to enjoy.

He Said
Mellow on the palate with a tiny bit of smokiness from the barrel and hints of cloves. There is an even taste which doesn’t change as you hold it on your tongue. Wonderful warming sensation with a very, very subtle cherry bouquet occurs once you allow the liquid to run slowly down your pipes. That bouquet adds pleasure, but I enjoy the heat.

She Said
On the nose you clearly understand that this is a fine rum. Sophisticated, subtle, pure. There is a heat that lights up my palate yet not so overpowering as to make me want to swallow right away. Explore the spice until you think there is no more heat to savor, then swallow. Now there is a wonderful cherry undertone to the finish. However, if you sip and immediately swallow the cherry does not shine.

Overall
This is not a rum that you want to mindlessly sip. We wouldn’t even say that this is a rum that you would want to share with others. Seven Fathoms should be sipped and contemplated like a classic novel. Let the rum tell you a story. The undertones and meanings will be different with each sip you take.

Special Note
Seven Fathoms Rum has limited distribution in the United States. There are currently several online distributors with more being added as the word about the rum is getting out. Bahama Breezes Restaurant now offers Seven Fathoms on their spirits menu. Once you order one you will be looking for a distributor for your own bottle (or two.)