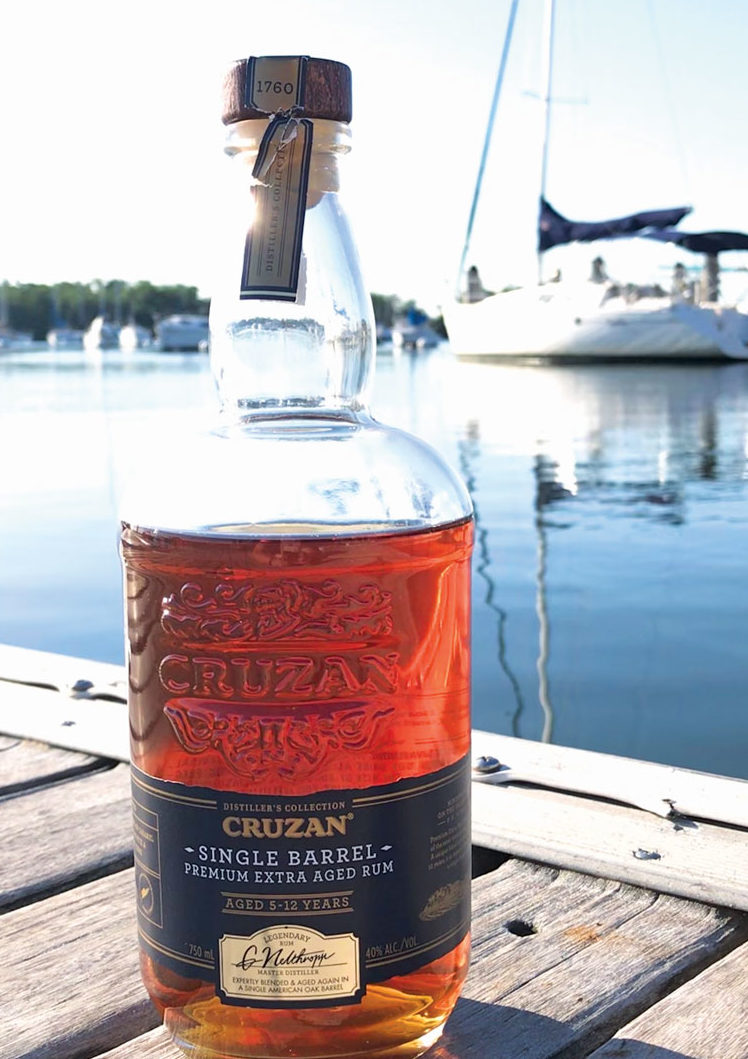 When visiting the Virgin Islands we typically grab several bottles of Cruzan flavored rums along with a variety of juices, and experiment throughout the week in search of the best rum drink on the planet. Our favorite so far is coconut and mango rum with pineapple juice. To our delight, Cruzan now has several sipping rum. This month we choose Cruzan Single Barrel 5-12 years because the label states it’s, “…the most awarded age rum on the market.” Let’s discover why.

The Cruzan Rum distillery, on the beautiful island of St. Croix, dates back to 1760 and has been in continuous operation since prohibition ended. About the same time, the Nelthropp family arrived on St. Croix quickly becoming interested in the already thriving sugar industry. In 1953, the Nelthropps became partners in the Cruzan business and have run the distillery ever since. Today, Master Distiller Gary Nelthropp views his family as the gatekeepers of Cruzan Rum traditions, striving to maintain the high rum standards established over 200 years ago.

All Cruzan light and dark rums are aged and distilled at Estate Diamond in St. Croix. The company uses only natural ingredients and a “…unique five-column distillation process to remove unwanted impurities….” This process makes Cruzan one of the “cleanest rums” on the market.

Cruzan Single Barrel Rum was a part of the 2013 release of the Distiller’s Collection – a line of superior blended aged rums. “Single Barrel” refers to the fact that after its initial aging, the selected rums are aged a second time in new American oak barrels.

The rum is very aromatic with notes of vanilla, molasses, oak, and cloves. There is no alcohol burn on the nose. The first note on the palate is peppery with no sweetness. There is a dryness to this rum comparable to a single malt whisky. The finish is short and hot leaving nothing to explore. Adding an ice cube opens this rum up greatly. It mellows the pepper notes but still doesn’t bring out anything new to explore.

The golden amber liquid coats the glass leaving syrupy lacing. The nose is inviting with a balance of vanilla, toffee, orange and oak. I’m expecting soft notes on the palate but am hit with spice, spice, spice. I’ll give Clint the peppery but add cinnamon and allspice. The heat dissipates immediately leaving nothing else to explore. The finish is nonexistent. It was very strange to have the notes vanish as soon as they hit the palate leaving a void between the tip of the tongue and the throat.

Marketed as a sipping rum in the $30 price point, it’s our opinion that Cruzan missed the mark. Some may enjoy the strong peppery notes but for us, the aromatic nose duped us into expecting a rum worth exploring from start to finish.