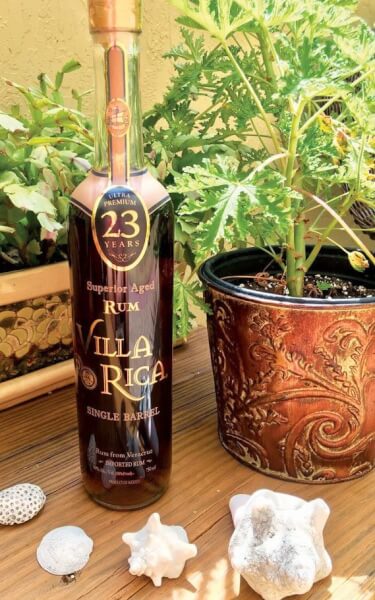 Since we began our rum tasting adventure we have reviewed over 30 rums from around the United States and the Caribbean Islands. Not once have we ventured into Mexico. Maybe it’s because Mexico is better known for its tequilas. Villa Rica Single Barrel stood out among the sipping rums because of its tall, long-necked bottle showcasing its deep, rich chocolate mahogany color. Immediately we were lured by the label stating, “Ultra Premium 23 years” front and center on the bottle. Wow, a 23-year old rum from Mexico for only $30.00?  Hummmm, inquiring minds want to know.

Licores Veracruz distillery was founded in the late nineteenth century in Veracruz, Mexico. In 1950 the Villanueva Barragán family moved the operation to Cordoba where they maintain operations today. The rum is distilled using yeast to ferment molasses and sugarcane juice, then is placed in continuous column and pot stills. It’s the aging process that is fuzzy.

The distiller’s website states the rum is aged “since 1984…in a humid subtropical environment at 800 meters above sea level, in old European white oak barrels.” Okay let’s break this down. From 1984 to 2017 is 33 years not 23. Confusing, right? Sounds to us and to several other rum reviewers that the solera method of aging is employed making the oldest rum in the progression of the barrels 23 years of age. A huge distinction. Be that as it may, each bottle of Villa Rica has a handwritten note indicating bottle and barrel number. Ours is Bottle 83/240 and Barrel VR 58. 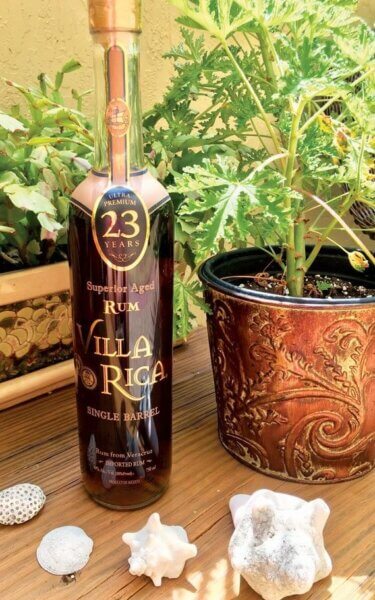 The nose has a subtle molasses and apricot note with a defined oak undertone. There is also a slight alcohol burn which doesn’t go away after the rum breathes. On the palate, Villa Rica is smooth with the oak taking over the sweetness of the molasses and apricot. There is a slight nutmeg on the finish which lingers nicely. The flavors blend together sip after sip providing a good balance. The oak notes reminds me of a good single malt

The rich color provides a nice lacing on the glass. The nose is sweet with vanilla, caramel and very ripe raisins. On the palate, the lacing did not disappoint with a rich texture consistent with a fine sipping rum, but it loses the sweet notes. There is a sharpness to the palate that tickles my sinuses. The finish gives me a warming sensation then quickly dissipates. I’m missing the sweetness anticipated in the nose and there is no complexity.

Once again, we are on opposite ends of the spectrum. Clint enjoys this rum from start to finish while Terry gave the remaining part of her snifter to Clint to finish. There are enough positives to keep this in the sipping rum family, however Terry would enjoy it in a Cuba Libre.