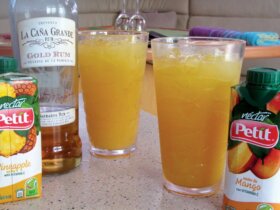 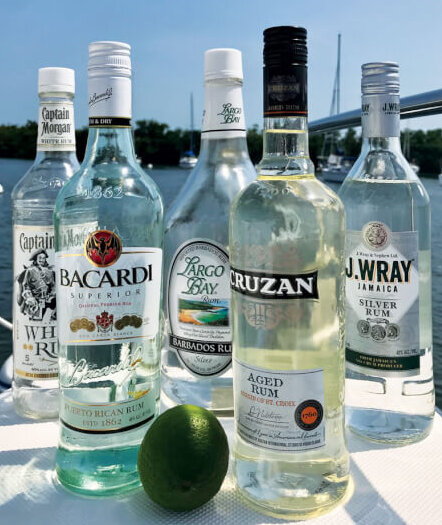 Preparing for self-isolation during a global pandemic is much like preparing for a hurricane in South Florida. You need the essentials: water, snacks, t-paper and alcohol. We thought, since we were stuck at home binge watching sailing videos, we would delve into what white rum makes the perfect classic daiquiri.

By all accounts the daiquiri was created at the end of the 19th century by an American engineer named Jennings Stockton Cox who led an exploratory expedition in the Cuban iron ore mines. Legend has it, there was a meeting between Cox and another engineer named Pagliuchi, during which they began making drinks from the ingredients Cox had on hand; rum, limes and sugar. Cox’s granddaughter, though, conveys a different story saying her grandfather was out of gin while entertaining the American guest and used rum instead. Either way the lime forward drink was forever set into cocktail history.

The recipe we used was:

Shaken (not stirred) and served in a martini glass.

What Rum Makes the BEST Daiquiri?

So…  The Results: What Rum makes the Best Daiquiri?

We loved experimenting with these drinks.