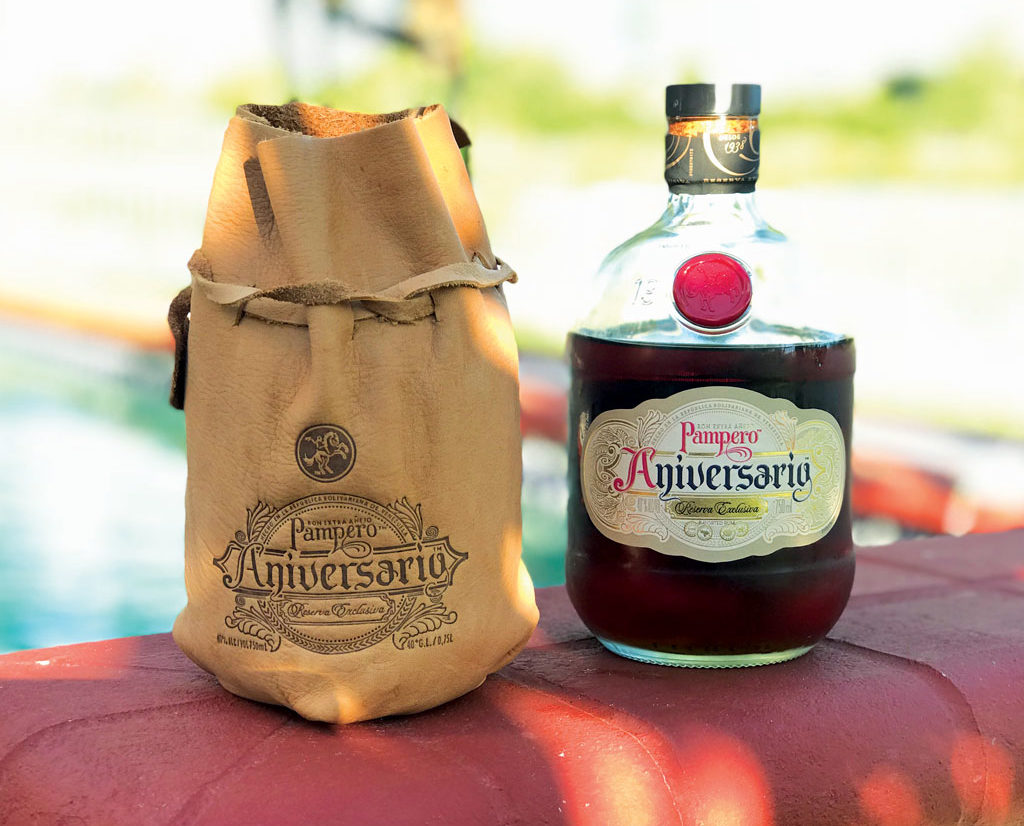 We have passed by the rum in the leather pouch at our local store for quite some time now, truly believing it was one of the first rums we reviewed. Pampero Aniversario was given to us almost 20 years ago by our best friend who, at the time, was into fine sipping rums. We still use the leather pouch as a ditty bag on our boat. Realizing we had not reviewed this rum, we knew it was time to re-explore our very first sipping rum.

Industrias Pampero, C.A., of Venezuela, was established in 1938, when two friends, Alejandro Hernandez and Luis Torobegan, began distilling rum, then aging the liquid in oak casks. At the time, aging was unheard of, thereby establishing Pampero rum as the first in Venezuela to be officially designated ‘aged’ and setting a new standard of quality for future Venezuelan rums.

Pampero Aniversario was created in 1963 to celebrate Pampero’s 25-year anniversary. The rum is triple distilled then aged in whisky and sherry casks. Pampero Aniversario is a blend of rums from the distillery’s Exclusive Reserve. There is no age statement on the bottle, however the website states the rum is “aged to perfection for up to 4 years.” It’s hard for us to believe that with the color and texture of this highly awarded rum, there is any rum in the blend less than four years of age.

Pampero Aniversario: What did we think?

The rum has a beautiful rich, dark color. On the nose, I immediately pick up a subtle spice with vanilla and molasses lingering in the background. All these notes are amplified on my palate, each competing to be first in line, but none taking the overall lead. The rum is buttery one minute, then dry and spicy the next. I now identify the first spice as cinnamon with maybe a pinch of nutmeg. The finish is extremely smooth. Unfortunately it only lingers a few seconds before dissipating. The rum opens up after swirling in the glass a while, bringing out more vanilla and cinnamon notes.

The dark amber color leaves thick lacing on the glass. I sniffed this rum for quite a while trying to identify the notes. There was a balance between sweet and spice with no one note saying, “Here I am.” I do pick out sherry, vanilla and and, like Clint, a spice I’m not sure of on the nose. Upon sipping, I get an immediate burst of cinnamon which gives way to a creamy, vanilla and caramel liquid that is not overly sweet. The rum is very warming and enjoyable on the finish.

Both of us wanted more from Pampero than the typical vanilla and spice. The other notes just never came to light. We will however, keep a bottle in our hutch, if nothing more than to remind us where our love for rums began.