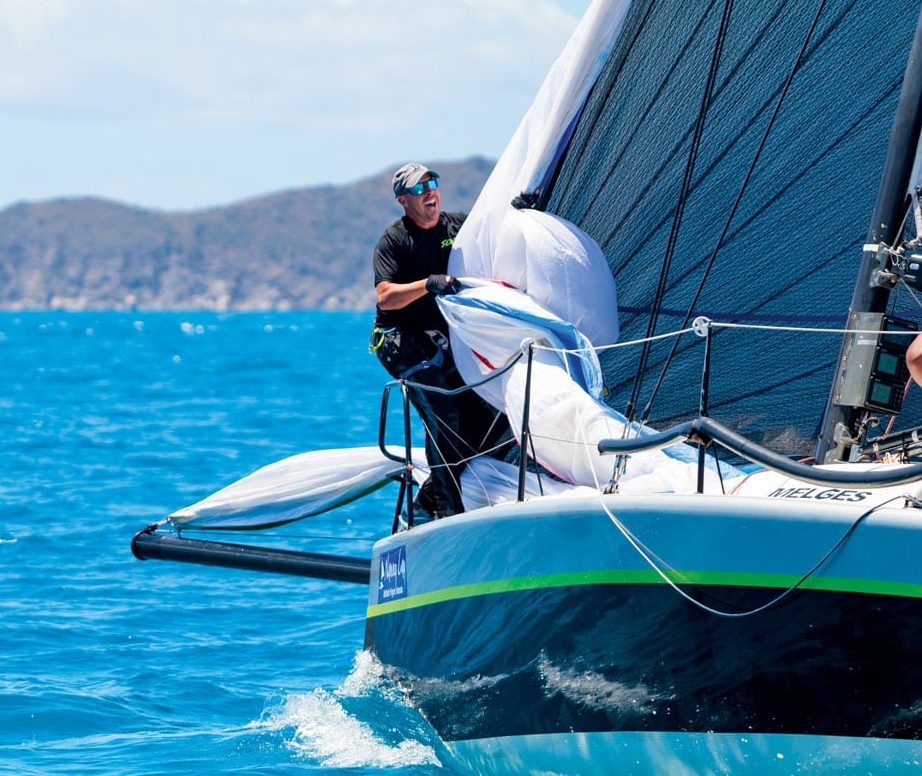 BVI Spring Regatta: They Made it Happen!

Spot-on starts, sights on the puffs and staying in the front of the pack were the strategies that Optimist, Laser and 420 sailors employed to win their respective classes at the BVI Dinghy Championships. Fifty-two sailors from the British and all three U.S. Virgin Islands competed in this May 16 to 17 regatta hosted out of Nanny Cay Marina. This spectator-friendly vantage point was perfect for watching the racing action out in the Sir Francis Drake Channel.

Light winds proved idyllic for St. Thomas’ Mia Nicolosi. The 11-year-old won the Optimist Advance Fleet after 11 races by one point over her older brother, Teddy.

“My game plan was to start at the favored side of the starting line and after that I would look to see if there were any dark clouds. Those clouds would bring heavy wind. On the second upwind I would cover the boats behind me. I really wanted to beat the people that usually beat me,” explains Nicolosi. “The best part of the regatta was in the last race, which I won and with it the Championships. The Race Committee blew the whistle many times sending out the message of ‘good job’.”

There was a spectacular turn-out of 24 Green Fleet or beginner Optimist sailors, up from only six last year. In fact, this is the largest Green Fleet turnout in the history of the decade-plus-old regatta. St. Thomas’ Katherine Majette finished first with the BVI’s Anya Reshetiloff and Ryan Lettsome second and third, respectively. These three sailors all finished within seven points of each other after 14 races.

The BVI’s Sam Morrell finished first in Radials and Colin Rathbun won in the Full rig in the nine-boat Laser Class.

“My strategy was to work on my boat speed and handling and to do as well as I possibly could. To win, I focused on having good starts and a good first leg. If I was in the lead, I would manage the fleet so that I was in a commanding position. Or, if I was able to round the mark in the top three, I tried to make my way into first. If not, a top three finish was still a good finish,” says Morrell.

Fellow BVI sailors Thad Lettsome and Jason Putley finished tied on points but finished second and third in Radials respectively, in a tie-breaker.

“I didn’t have much of a game plan or strategy besides looking for puffs and tacking on top of my opponent Sarah Hardee,” says Hanley. “This was my second year attending this regatta. I really enjoy coming over to compete because of the wind, the people and mostly because it’s fun. I am really looking forward to taking part in the 2016 BVI Dinghy Champs!”