What should have been an afternoon’s sailing trip turned into a four-day survival ordeal for two crewmembers based in St Maarten.

On Saturday 15 January, Timmy Attard (30) and Juliet Savage (28), both crew aboard Zingaro, took out their 16ft Hobie Cat to sail up the coast. Four days later, on Tuesday 18 January, the two were picked up some 90 miles away, off the coast of St. Croix, by a Russian Oil Tanker undergoing repairs.

Back on board Zingaro, Timmy told All At Sea that the Hobie Cat, which he keeps on Kim Sha beach, had probably been hit by a car, cracking a hull which then filled with water. With the boat increasingly losing balance, the two were unable to return to shore and eventually capsized. By nightfall, and with just a bottle of water and two chocolate bars between them, they had drifted to Saba.

“We went into survival mode straight away,” said Timmy. “All sorts of thoughts go through your head. We had one cap of water in the morning, one in the afternoon and one in the evening.” The two ate seaweed, huddled from the cold beneath a sail, and even made a harpoon from bungee and wire with which they snagged a Mahi Mahi. As the stricken Cat drifted westwards in heavy seas, sharks began circling them, while passing planes and ships failed to spot them.

Friends and rescue services in St Maarten and beyond put together a 7,000 sq mile search from Anegada down, including the south coast of Puerto Rico.

“There’s no traffic out there. The chances of being spotted are so slim,” said Timmy. The odds of the Russian Tanker spotting them were also extraordinary. Having finished maintenance, the Captain was about to fire up the engines and head off when he spotted the capsized couple. The two were hauled aboard and flown to St Croix, where ambulances were waiting. “The welcome in St Croix was fantastic,” says Timmy, who was granted a humanitarian visa since neither of the two had passports. Timmy has asked All At Sea to thank ‘Marion’ in St Croix and Special Agent Levering with a special thank you to Lucille Frye in St Maarten.

The Club Nautico de Puerto Rico has voted to adopt a Performance-based rating system similar to that used by Yacht Clubs in SE Florida and the Bahamas, in favour of the Caribbean Sailing Association‘s measurement-based system, used for the majority of existing regattas in the region. According to Carlos Camacho, CNPR Vice President, running regatta results through both handicap and measurement ratings produced results that were, “with just few exceptions, the same or very close”.

Whether or not the decision affects the number of Caribbean boats racing in PR will be given a test in this month’s Bared Puerto Rico International Regatta, to be held March 11 to 13. Boats wishing to compete in CNPR events can obtain PHRF rating information by logging onto www.clubnauticopr.com

Moves to actively embrace the megayacht market in the BVI were recently given a boost by a special Mega Yacht conference, held January 13.

Chief Minister Orlando Smith and Minister Paul Wattley announced the Government’s commitment to improve facilities that are currently limited at best. Projects include a breakwater peninsula west of Road Town harbour to hamper swell, the rebuilding of Anegada dock, and assessments of port facilities on Virgin Gorda, Jost Van Dyke and Tortola.

Enthusiasm for growth in this sector was tempered with concerns about the possible damage to the BVI’s unique undersea reefs and ecosystem from larger yachts.

St Maarten is not the only island hosting Silver Jubilee celebrations this month. Down south, the Trinidad & Tobago Fishing Association (TTGFA) will be holding its 25th International Game Fishing Tournament in Tobago from April 18 to 23.

Teams from Grenada, Martinique, St Lucia and Barbados will join anglers from the US, Canada and Europe. Tournament headquarters will be Tobago’s Crown Point Beach Hotel, with weigh in at the Conrado Beach Resort at Pigeon Point. For more info, call (868) 624 5304 or email [email protected]

Guadeloupe recently provided the finishing line for a world-record sailing attempt, when two Italian sailors finished a 2,700 mile crossing from Dakar in Senegal aboard a 20ft open catamaran. Andrea Gancia and Matteo Miceli sailed their Abaco cat across the Atlantic in just 13 days, 15 hours and 26 minutes, smashing the record of 15 days, 2hrs, 26 mins set by Hans Bouscholte and Gerard Navarin in 1999.

Kick ’em Jenny – no cause for concern

Following December’s tragic Tsunami in Asia, The University of the West Indies Seismic Research Unit has moved to reassure those who fear a similar disaster in the Caribbean. Fears that Kick ’em Jenny, the underwater volcano 8km north of Grenada, could trigger a regional tsunami are a low probability, according to scientists, and the alert level remains at yellow. The 1.5 km exclusion zone around the volcano is still in effect, since gases emitted from below could cause boats to sink in water that becomes insufficiently dense. Kick ’em Jenny last erupted in December 2001 and is the only active underwater volcano in the region.

Barbados’ annual Sail Barbados, held on January 21st, provided the opportunity for 30′ catamaran Silver Bullet to beat her 1997 round the island record. The catamaran, owned by Robert Povey, whipped round Barbados in four hours and forty minutes, 15 minutes faster than her previous best. Silver Bullet was awarded 11 cases of Mount Gay Extra Old Rum for her trouble.

Next year’s event will again be held on January 21, 2006. More information is available on www.sailbarbados.com

Meanwhile, the Barbados Coast Guard has announced it has suspended the search for a French windsurfer who went missing at sea. 62-year-old Jean-Marie Leglas was last seen windsurfing off the south coast at Silver Sands. After 10 days of searching, the Coast Guard announced that the search could no longer be continued.

A 78-year-old British man is looking for three over-65’s to join him on an Atlantic crossing later this year. Applicants should be aware that the trip will be aboard a 45′ float made from gas pipes, leaving the Canary Islands for the Bahamas.

Anthony Smith, from London, was inspired by the 2,500-mile liferaft journey of two wartime seaman aged just 21 and 19 whose ship was sunk just off the Canary islands in 1940.

Smith may not be at his physical peak, but has already proved his mental mettle by rafting the length of the Amazon and ballooning across the Alps. 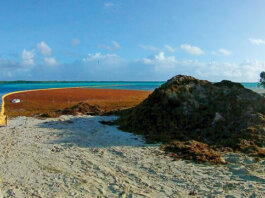 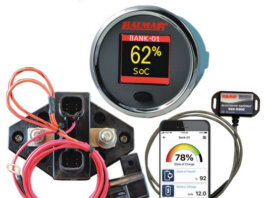 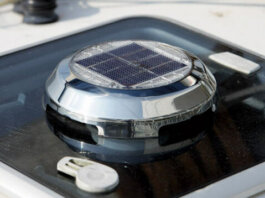