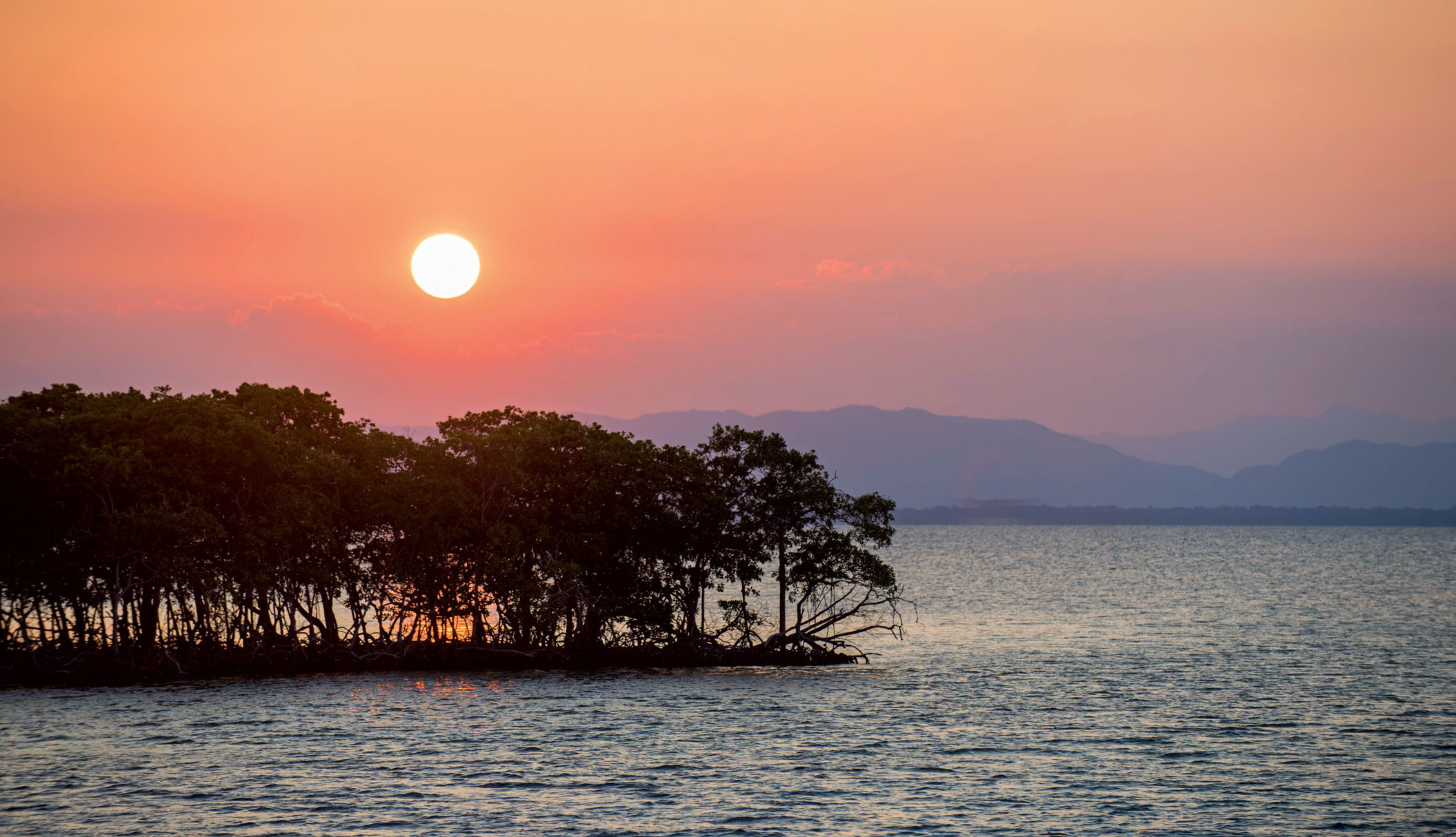 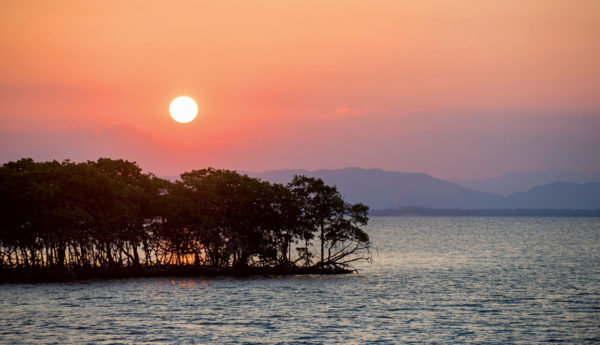 “Plenty of cayes for exploring,” says Pacôme Touzé, manager of the Belize Dream Yacht Charter base, an operation housed in a rustic hardwood cabin in the southern reaches of this Central American country. He points at the chart, describing anchorages with his delightful French accent. “Four hundred fifty cayes.”

I ask him about marinas or mooring balls. He shrugs his shoulders insouciantly.

“You will mostly be anchoring – anchorages you’ll share with with no one. Cayes: oui. Marinas: non.”

After the bareboat charter briefing my friend (and crew member) Ed North and I stroll back to “Cavok”, our chartered Lagoon 421. “Solitude,” says Ed, sighing contentedly.

“Far from the madding crowd,” I say.

It is, in retrospect, an overwhelming understatement. 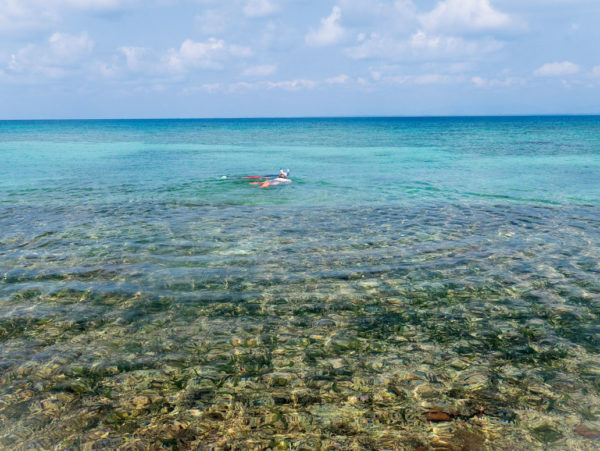 The Dream Yacht Charter briefing is a metaphor for the Belize sailing experience. Three people present: Pacôme, Ed and me.

Pacôme showers us with information. Ed looks on, smitten. I take notes furiously.

Lagoon Caye is the first waypoint in a fabulous float plan. But for a cabin cruiser tucked inside because its draft is minimal and a couple of bone-fisherman who stop to say ‘hi’ mid-afternoon, we own the place.

Think perfect sunsets with distant blue mountains for a backdrop. Cold Belikin beers for Ed and I. Chilled wine over dinner for my wife Sharon and Kim, Ed’s wife.

Pacôme has armed us with a cornucopia of appealing waypoints and passages, though we end up modifying our float plan with the best of intentions.

‘Fun made good’ beats out ‘velocity made good.’

Editor’s Note: If you love Belize, perhaps check out one of their rums: Rum Review: Copalli Barrel Rested Rum 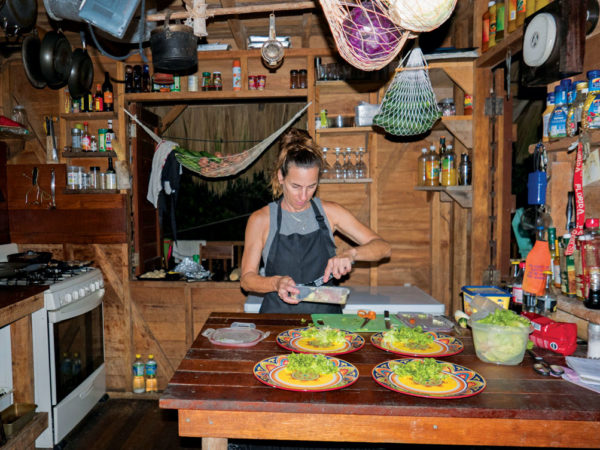 First day out, en route to Lagoon Caye, our sails are taut in fifteen knots of wind.

Sailing conditions for a Belize charter aren’t particularly challenging, partly because the barrier reef system – one-hundred-eighty-five miles long – mostly protects you from big seas. But that system comes with its own hazards. A constant lookout underway is crucial.

One day we hug the reef north from Southwater Caye before dropping the hook to dinghy over for a snorkel.

Dinner itself is an equal delight. The Hideaway, run by Kim and Dustin Ingersoll, must be one of the world’s most secluded restaurants.

Plan A next morning was to be an early start, making for a more distant caye Touzé had recommended back at the Dream Yacht Charter briefing.

We opt instead for a less ambitious waypoint. We’re staying here for just one more snorkel.

After that we will make for a town named ‘Pleasant.’ 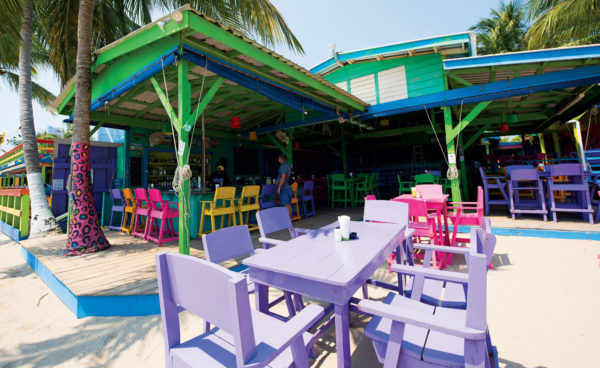 Given our desire for ‘course made good’ at the start of our charter, we’d given short shrift to this resort town near the Dream Yacht Charter base.

Now, on our last full day, we decide to rectify that. Tonight we’ll overnight off Placencia.

‘Placencia’ basically means ‘pleasant place.’ How could we resist?

We arrive, after a great day of sailing, late in the afternoon.

Next morning we dinghy in and explore one walkway that runs beside a pristine beach for roughly a mile, populated by several restaurants, dive shops, an art gallery, turquoise-painted Barefoot Beach Bar.

We have to meet Pacôme late that day to refuel and debrief back at the Dream Yacht Charter base around the corner so we while away several delightful hours at the Barefoot.

When we dropped anchor yesterday a dolphin broke the surface, splashing around “Cavok” before disappearing.

It was a perfect introduction to a town named Pleasant. 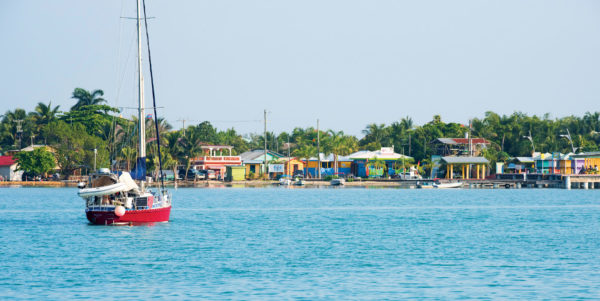 FAR FROM THE MADDING CROWD

Back on the docks on our last evening in Belize we dine aboard, clearing out provisions, downing the last remaining Belikin beers, replaying trip highlights in the cockpit of “Cavok”.

“The dolphins off Maho, that one that came up when we anchored off Placencia,” says Kim.

“Those pelicans skimming the water at Lagoon,” says Sharon.

“The snorkeling. All these cayes,” says Ed.

“The run to Coco Plum,” I add. “Full day under sail and we see five boats.”

We’ve been bareboating Belize. Far from the madding crowd. 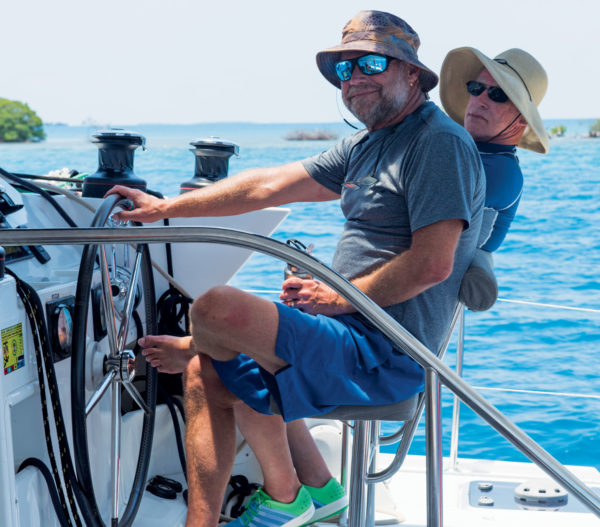 To ensure your float plan is fabulous – from an introduction to the Dream Yacht Charter fleet to chartering options to suggested itineraries – click on www.dreamyachtcharter.com/destination/belize/

For more information on the unspoiled paradise that is Belize check out www.TravelBelize.org 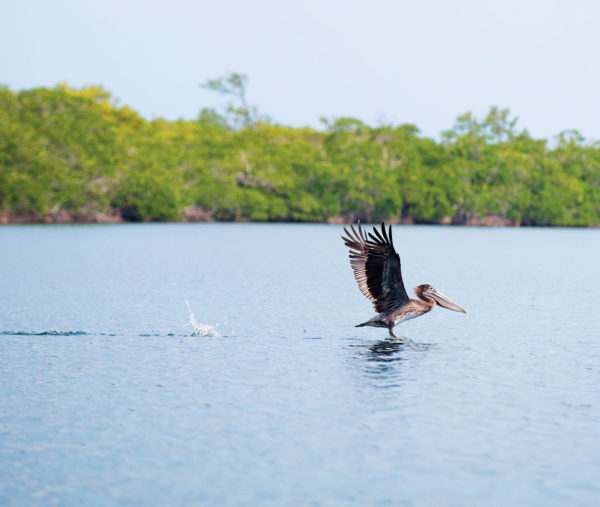 Mark_Stevens
Mark Stevens is an award-winning travel writer whose specialties include Canada, the Caribbean and boating. Credits range from Sailing magazine and Canadian Yachting to the Washington Post.
RELATED ARTICLES
British Virgin Islands