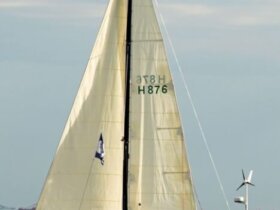 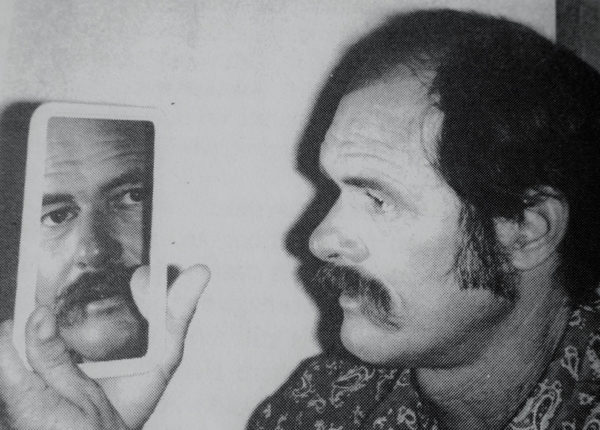 I suppose we all need heroes—even God. And perhaps God has some burdens so heavy and onerous that he only gives them to those that can endure the suffering with a smile. I don’t know. God and I haven’t spoken for a long time. But my real-life, flesh-and-blood hero was a very gentle Virgin Islander—a man so placid as to be pacific, a man so brave as to be awe-inspiring.

Plus, he was modest.

None of the above applies to me.

But our choice of heroes isn’t logical. Perhaps they choose us as much as we choose them. All I know is that this man changed me forever—that he showed me a different kind of bravery from a movie superhero, a bravery without the “I,” an egoless bravery solely performed for the benefit of others.

And there was, at least for me and his legion of local fans, a saintliness and quietude about this man, a glowing moral aura plain to see. Okay, I was smitten. But I was smitten by his actions, not his words. I was once chatting to him while he was engaged in a small boat project along the banks of Coral Harbor. He was assisting a local West Indian fisherman with his boat when someone ran up and said the governor (or perhaps a VI senator, I can’t remember which) was waiting at Skinny Leg’s to see him.

He’d just mixed up a batch of epoxy and frowned at the news.

“Tell him I’ll be there as soon as I’m finished,” my hero said.

…which was, of course, the correct course to steer. The West Indian was a friend to whom he’d made a promise, the politician was just another glad-hander.

Heroes don’t get pushed around. They don’t pander.

Back in 2009 I was in Turkey and wrapping up my second circumnavigation when I happened to pick up a European yachting magazine and begin reading where it fell open. As a writer I’m well aware there are three important elements to a story—the beginning, the end, and the muddle. The beginning sucks the readers in, makes a promise, and forces them to read the next sentence—which is what the publisher pays for. But the end is equally important—no, it is more important for the writer’s career—because it is the end that makes the readers return to the front of the story and look at the byline to see who bedazzled them.

Anyway, there I was in Turkey reading a thrilling sea yarn and realizing I was in the hands of a master storyteller. The moment I was done with the last sentence, I excitedly flipped to the beginning to see the byline and realized, of course, that it had been written by the very same gentle man who’d told the governor to wait while he was mixing up some epoxy for a friend.

I have thrilled to his writing in Reader’s Digest, Caribbean Travel and Life, and SAIL magazine as well.

Writing takes more tenacity than talent—but my hero had plenty of both. He also had vision. He wanted a tropical life on his own private terms, so he laboriously built a gaff-rigged, double-ended, traditional boat on the east end of St. John and daysailed it for pocket change.

Was the boat pristine? Did he make a lot of money?

He was functional, not highfalutin’.

But each day—in every single way—my hero tried to do the right thing, the moral thing. He didn’t just ‘think’ something or give it lip service or follow a current trend—he really drilled down as deep as he could into his own humanity and asked himself the hard questions: Is this right? Kind? Considerate? Just?

It’s the effort we make that defines us—not our words.

Plus, he was shy and unassertive. When questioned about his extremely dangerous days as a white ‘freedom rider’ in the Deep South of America during the violent desegregation struggle and the civil rights movement, he’d joke about putting a lot of hot sauce into his beans because they all shared their food like the brothers they were—but only those with a cast-iron stomach asked for a second helping of his.

One evening, confined in a small town jail on a local sheriff’s whim, good ole boys started gathering behind his jail cell. He was worried they were going to shoot through the window and kill him. All night long he stood up behind a narrow pole with his butt sticking out one way and his… well, his opposite part sticking out the other.

He couldn’t protect both.

Of course, the black folks in the movement couldn’t get un-black. They had to fight for their freedom—the white supremacists gave them no choice. But he was white. Dying for the cause was an elective, not an epidermal necessity.

When I asked him directly why he’d volunteered for the role of white freedom rider when so many had been killed and were yet to be killed, he quipped, “…lots of pretty girls were in the Movement. I was just as focused on getting laid as justice for people of color.”

Yes, he was a missionary’s son who still cared deeply—but he was also a rascal.

And as much as he cared about right and wrong, he didn’t give a hoot about the law. He did what he did, and smoked and drank what he wanted.

He’d already survived the worst that The Man could throw at him.

Nor did he grow up and out of The Movement. When President Richard Nixon came to Caneel Bay, St. John, to escape the noise of the war he was persuing in Southeast Asia, my hero made national headlines by sailing back and forth in front of Nixon’s hotel window with “While Indochina Blazes, Nixon Lazes” written on his mainsail.

Yes, he was a political radical until the end—ever ready to fight the good fight.

I sailed with him a number of times. We often broke bread together. He was, first and foremost, a family man who loved his wife and two sons with a passion I admired. He wore his heart on his sleeve. So one day I wrote him a love letter. Yes, that’s a little odd—but I did it. I told him how much I admired him—how I thought he’d gotten life mostly right.

Why? Because his goodness motivated me to.

Mostly I complain about people who piss me off—only within his glow did I see the wisdom of flipping that around to praise the people who pleased me.

Shortly after I published my book Chasing the Horizon, he came to me with his wife Dorothy and said nonchalantly, “…so I noticed in your book that your father died of Parkinson’s Disease—what was that like?”

“Parkinson’s?” I said without thinking, “It’s the worst way to die imaginable. It robs you of your body by violently shaking it to death, it destroys your mind one evil bite at a time, and, in the end, it totally strips you of your human dignity. You can’t even pee with self-respect.”

My hero kept a straight face.

I don’t doubt he was thinking how to get through this next phase of his life while imposing as little as possible on family and friends.

His loving wife Dorothy, on the other hand, looked truly stricken at my words—and it was only by her expression that I realized I should have been more perceptive, gentler, and less vivid.

In the end he couldn’t even speak—yet still managed to joyously convey his love of life, family, and friends.

I’ll miss him. He inspired me. While in his cheery presence I always thought there was some faint hope I might become the man I want to be.