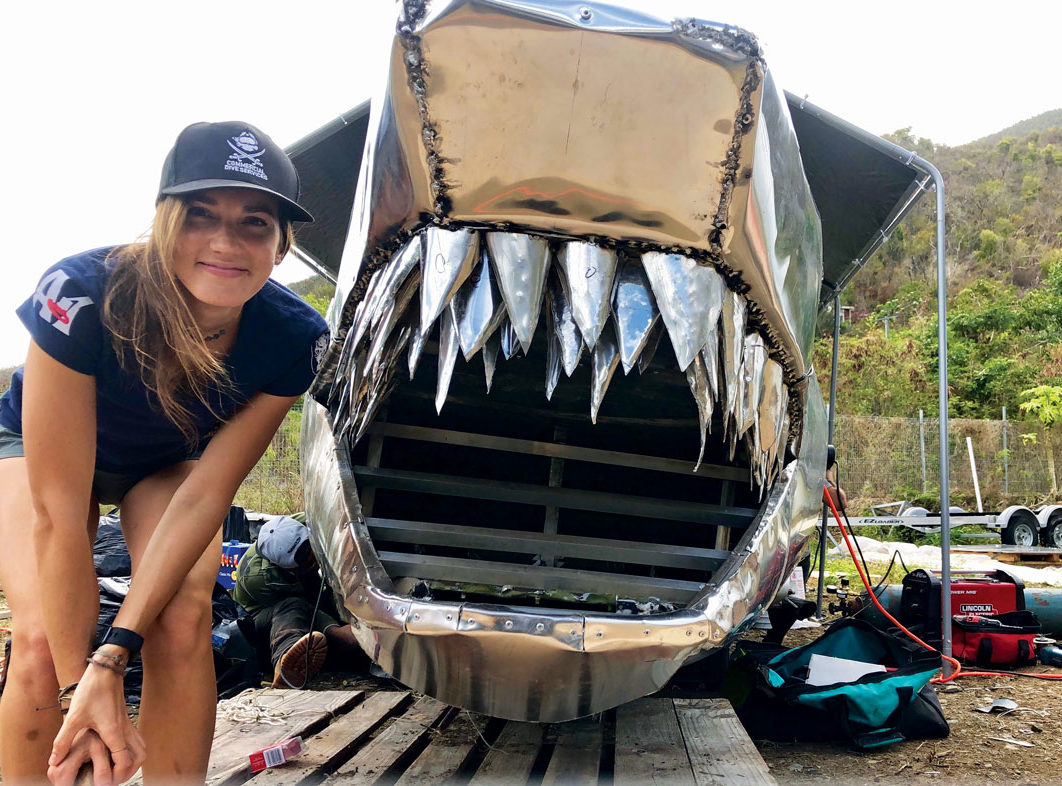 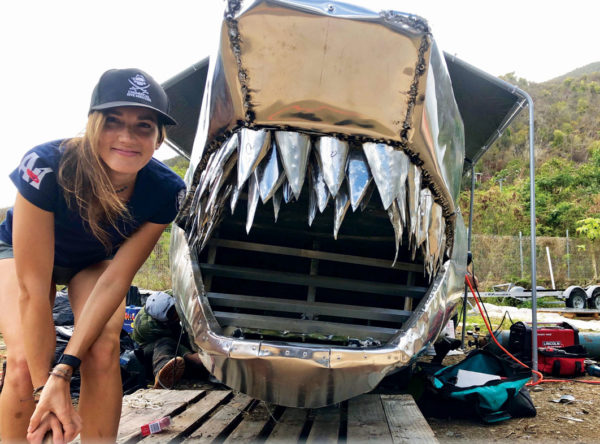 There are new undersea sites to see in the British Virgin Islands. A trash to treasure program spearheaded by the BVI-based non-profit, Beyond the Reef, sank four hurricane-ravaged vessels – 3 small planes and 1 boat – earlier this year to create the territory’s latest dive attractions. What makes these sunken means of transport so remarkable is an artistic flourish that has turned the aircraft into sharks and boat, the 2017 hurricane-wrecked Willy T, into a pirate ship.

“We spent several months preparing the airplanes, which included removing and relocating them from the airport, stripping them of all environmental hazards and turning them into sharks complete with tail and teeth,” says Kendyl Berna, organization vice president. “The artwork on the Willy T is very interactive. The BVI has some of the most amazing pirate history in the Caribbean and we are hoping to bring attention to this somewhat forgotten history through the wreck site.”

The shark airplanes are submerged at Great Dog and The Dog Islands, while the Willy T is sunk in Key Bay, Peter Island.

Beyond the Reef members see ripples of other benefits to this project beyond reef building and recycling. For one, positioning the territory as an incredible dive destination. Secondly, as a fundraiser to teach some two-thirds of the BVI’s children how-to-swim. Divers who visit one of these wrecks are requested to donate $5 for the learn-to-swim initiative. In return, divers will receive a souvenir sticker that not only commemorates their visit to these awesome new BVI dive sites, but also serves as a reminder to tell their friends. 1beyondthereef.com 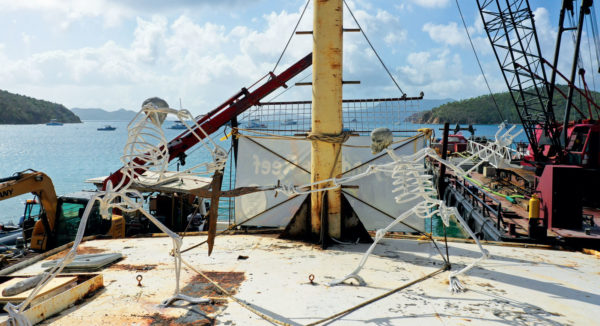