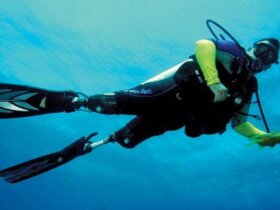 Disabled Vets Get New Lease On Life Through SUDS SCUBA

An aquanaut recently shared her eight-day underwater experience with an audience at the monthly Immerse Yourself lecture at the History of Diving Museum in Islamorada. Dawn Kernagis, who was inducted into the Women’s Diving Hall of Fame in 2016, is a research scientist at the Institute for Human and Machine Cognition (IHMC) in Pensacola, where she focuses on risk mitigation for divers. Her Ph.D. research at Duke University focused on the role that genetics play in decompression sickness in divers. At IHMC, Kernagis is developing new ways to optimize human performance and resilience in extreme environments, focusing on undersea diving operations.

Kernagis was among a group of astronauts, engineers and scientists chosen for NEEMO 21, an acronym for NASA Extreme Environment Mission Operations. In July 2016, she briefly lived in the Aquarius underwater laboratory, the world’s only undersea research station, located in 62 feet of water about a 30-minute boat ride from Tavernier in the Florida Keys National Marine Sanctuary. At the lecture, Kernagis said that diving was enabled through being tethered to a breathing apparatus via a heavy helmet, which was practiced by the crew before the mission.

Kernagis and five crew members spent just over a week undersea in the research capsule working 16-hour days under water on a dozen objectives which ranged from robotics to genetics to telemedicine, which is the remote diagnosis and treatment of patients by means of telecommunications technology. 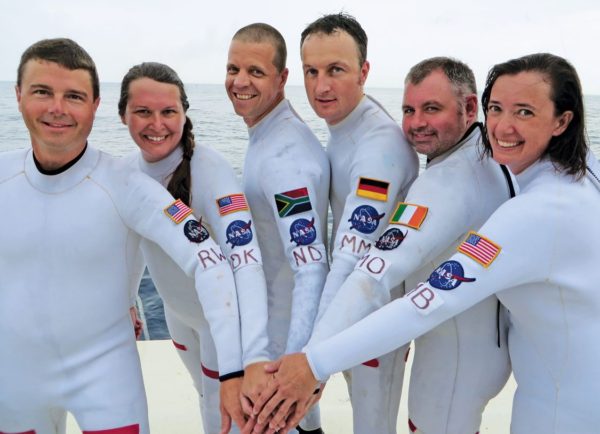 During simulated spacewalks underwater, the team evaluated tools and techniques that could be used in future space missions. The crew collected samples for marine biology and geology studies, teamed with underwater remote operating vehicles, tested operational software and participated in a coral restoration project. The mission also tested delays in communications to simulate scenarios often encountered in space exploration. 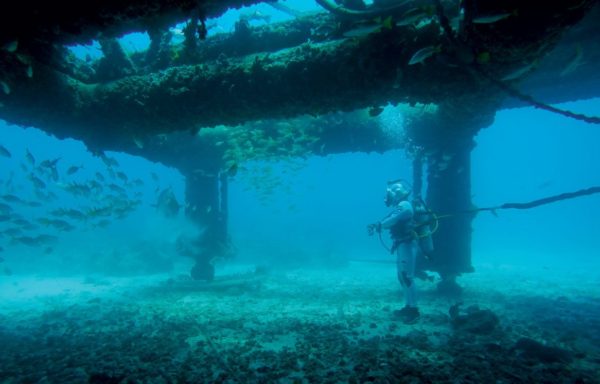 IHMC CEO and Director Ken Ford said “Dawn is leading us into a new field of study at the institute, namely the optimization of human performance, resilience and safety in extreme environments. Her studies have led us to focus on the identification of genetic predictors or markers of stress that may indicate an individual’s susceptibility to undersea threats such as oxygen toxicity and decompression sickness, as well as the development of novel therapies minimize the risk of these hazards affecting divers.” 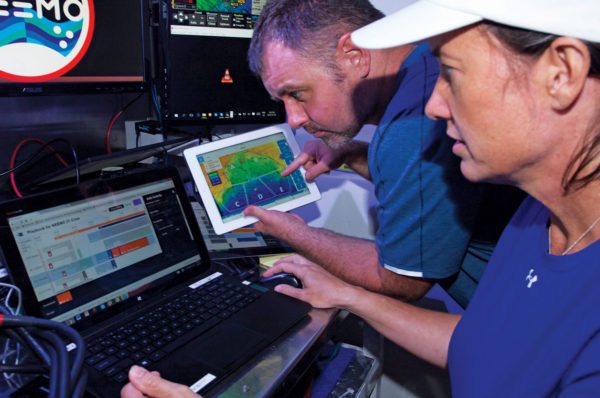 “Dawn’s work has far reaching implications in that it applies to a wide variety of situations where the brain is responding to extreme environments, such as those encountered by high altitude aviators, astronauts, special operations forces and elite athletes.”

The Aquarius Undersea Reef Base is owned and operated by Florida International University under a permit from the National Oceanographic and Atmospheric Administration and the Florida Keys National Marine Sanctuary. It has hosted many missions before this one. Aquarius’s structure, living arrangements and logistical operations bear a close resemblance to those encountered aboard the International Space Station. 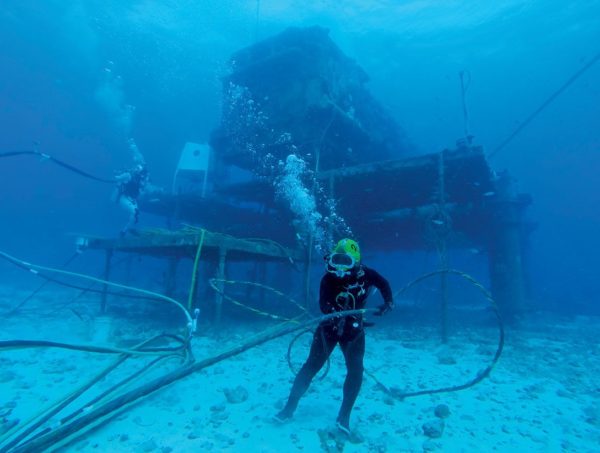 While not all of us may be chosen to conduct research for NEEMO, divers can stay under the sea in Key Largo at the Jules Undersea Lodge. Jules is the world’s only underwater hotel. In addition to overnight stays, the site offers SCUBA training in its lagoon with a depth of up to 30 feet in a protected setting. Individuals can get open water certification, do a “Discover SCUBA Diving” course, or just dive in the lagoon.

To enter the lodge, one must scuba dive 21 feet beneath the sea’s surface through the tropical mangrove habitat of the Emerald Lagoon and approach the underwater hotel. The cottage-sized building has hot showers, cozy beds, a well-stocked kitchen complete with refrigerator and microwave, books, music and movies. Jules’s 42-inch round windows enable guests to watch the fish in this underwater inn. Learn more at www.jul.com.

Jill Borski
View More Posts
Jill Zima Borski lives in Islamorada, Fla. and is board chair of the Florida Outdoor Writers Association. Her website is www.jill-zima-borski.com

Kids & SCUBA Diving – What to Know Before You Go

The key to success is knowing when your child is ready and choosing the type of instruction. A lifetime of exploring awaits