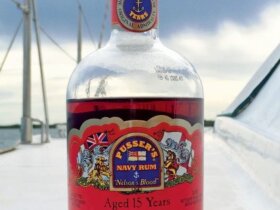 It’s rare to find a rum, outside of the French Caribbean Islands, made from pure sugarcane juice rather than molasses. Copalli Barrel Rested Rum from Belize not only uses sugarcane juice and canopy water from the rain forest but also employs production, helping to leave the world in a better place. Drink rum, save the planet.

Copal Tree Distillery, in Southern Belize, was co-founded by Anya Fernald, the CEO of Belcampo, a restaurant and online butcher focused on eco-consciousness and humane practices, together with Todd Robinson, a marine conservationist and key stakeholder in Copal Tree Lodge. The award-winning eco-lodge features sustainable food production and agri-tourism (working farm, ranch, and agriculture) and is the first organic farm in Belize. In 2016 Robinson built the Copal Tree Distillery on the lodge property.

The distillery was designed to have zero environmental impact. The sugarcane fields are not burned as many rum producers do before cutting but rather are allowed to regenerate for the next harvest season. The leftover stalks are used to fuel the distillery boiler and the ash produced is used to fertilize the sugarcane fields. Wastewater is also filtered so it can be released into rivers or used in the distillery. The lodge collects rainwater dripping through the thick canopy of branches and leaves in the rainforest, to be used in the rum.

Copalli Barrel Rested is made from only three ingredients: sugarcane juice, canopy water, and yeast. The sugarcane, grown at the lodge, is hand-cut, shredded, and pressed. Yeast is added to ferment the sugarcane juice before it is distilled in a copper pot still. The distilled liquid is then mixed with the canopy water. That’s it. There’s no extra flavoring or coloring added to the rum before being aged for an undisclosed amount of time in ex-American Oak barrels.

The golden color provides a nice lacing on the glass, with slow-moving legs. The nose completely tells us it’s made from sugarcane juice. The aroma tingles the nostrils and actually burns the eyes a bit. Earthy notes of green banana, coconut husks, old leather, and rich organic soil sit delicately in the background. The initial hit to the palate tingles the senses like sparkling water. Clint finds the grassy notes inviting, reminding him of the microgreen put on a salad. The mineral notes from the canopy water are very similar to the herbaceous notes of a Cachaca. His finish was full of peatiness that a single malt whiskey would have, and very, satisfyingly warming. It took Terry quite a few sips to get beyond the cough the alcohol burn produced. For her, the palate was leathery with a finish that was less than satisfying.

Copalli Barrel Rested rum is uniquely different, which makes it an interesting rum to have in your cabinet. It definitely drinks more like single malt when taken neat; however, Terry would mix in a mojito or daiquiri. $35/bottle.