Does the funky bottle design of R.L. Seale’s 10 Year Old diminish any respect the rum may deserve? 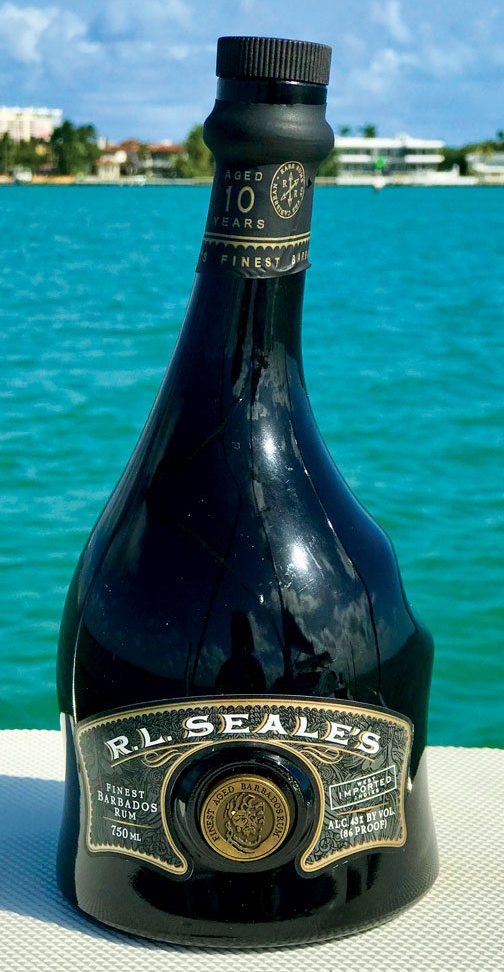 On the shelf sits a black bottle with a bronze seal, a crooked neck and what appears to be a molded hand wrapped around the neck. The bottle reads “Finest Barbados Rum.” It’s no secret how passionate we are about Barbados rums. Does the funky bottle design of R.L. Seale’s 10 Year Old diminish any respect the rum may deserve? 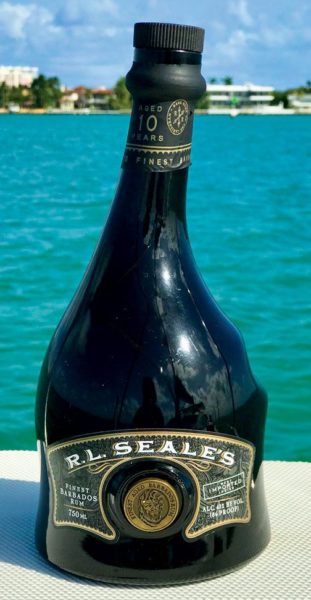 R.L. Seale’s is produced by R.L. Seale and Co., Ltd. at the Foursquare Rum Distillery in St. Phillips, Barbados. The rum is named after Master Distiller Richard Seale, the great-grandson of Reginald Leon Seale who founded the distillery in 1926. The namesake rum is a blend of pot and column distilled rum initially aged in ex-bourbon casts then additionally aged in ex-madeira and French oak ex-brandy casks.  Mr. Seale insists neither added sugar nor any other additives corrupt his rum.

We are impressed that Foursquare uses green technology in every step of the rum-making process to reduce their environmental impact. For example, more than 40% of the carbon dioxide given off during the fermentation process is captured instead of being released into the atmosphere then sold to soft drink manufacturers. Also, rather than disposing their spent molasses into the ocean, upsetting the marine ecosystem, Foursquare converts the byproduct to protein solids to be used in animal feed. Well done, Foursquare.

He Said
As I swirled the rum in the glass I get molasses, apricot and a bit of cherry but also a subtle alcohol burn on the nose. The initial sip is surprisingly nothing like the nose. The molasses and fruit isn’t as strong on the palate but is replaced by tobacco, oak and cloves. The tobacco and cloves stay with me through the finish but it’s the oak that lingers the longest leaving me wanting more. This is a very pleasant sipping rum on par with a good bourbon or single malt.

She Said
The aroma of the rum meets my senses as I poured our glasses. Notes of molasses, melon and cherry fill my senses. As the bronze liquid coats the glass with very defined lacing, I am excited to experience this seemingly sweet and fruity liquid. However, once my nose is in the glass I needed to wade through the strong alcohol note before getting to the cherry, pepper and ginger. That heat overpowers my taste buds leaving them numb to any other notes. I give it a few more sips and cannot get past the heat. The finish though is smooth and warming.

Overall
Though Clint liked it more than Terry, the R.L. Seale’s takes sipping rum back to the purest form. Sealers is a balanced sipping rum that is not overpowered by unnecessary sweet notes with a finish that warms the soul.