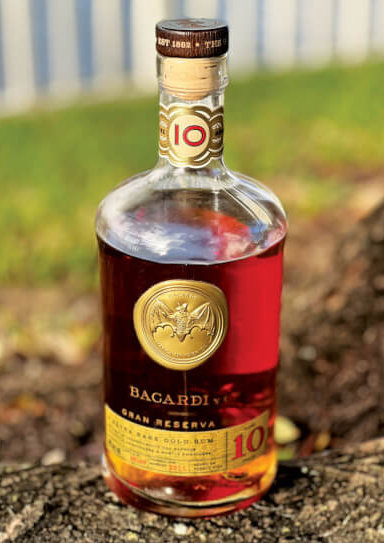 When we searched the interwebs for the most popular rum brands, Bacardi usually ranks in the top five. To be brutally honest, we’re not Bacardi fans and can often pick it out in our cocktail reviews. Being good sports though, we wanted to give one of their sipping rums a try. We selected Bacardi Gran Reserva Diez 10, their top premium rum before going to the limited or special editions costing $100+/bottle. 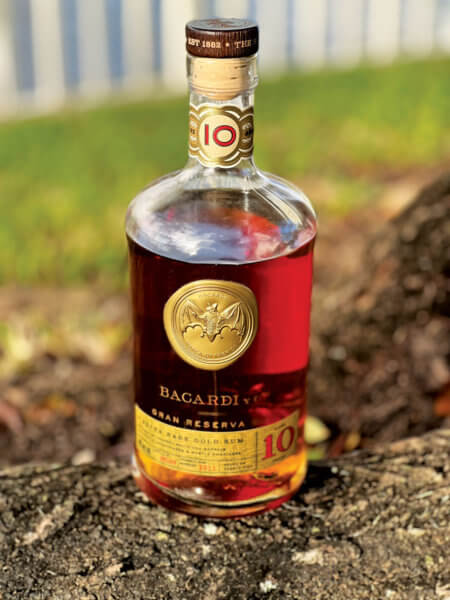 The backstory on Bacardi is quite impressive. In 1862, Don Facundo Bacardí Massó bought the Santiago de Cuba Distillery and immediately set out to revolutionize the run-making process. Facundo put the rum through a charcoal filter before aging the liquid in oak barrels making his rum smoother than rums being produced in Cuba. Bacardi quickly became the local favorite and by 1910 became the first multinational company by opening bottling operations in Spain and the United States. The expansion continued into the 1930s with Bacardi opening up full productions in Mexico and Puerto Rico.

But in 1960, in the wake of Fidel Castro’s plan to nationalize all private property, operations in Cuba were confiscated and production ceased. Fortunately, operations continued at locations throughout the world. Today, Bacardi is the largest family-owned spirit company in the world.

Bacardi Gran Reserve Diez 10 is produced using a column still, then charcoal filtered before being aged in oak barrels for a minimum of ten years. The bottle states the rum is an “Extra Rare Gold Rum.”

He Said
The nose is subtle with hints of apple, peaches, tobacco, and toasted marshmallow. It reminds me of my grandfather’s apple tobacco. There is an explosion of flavors when it hits my palate. The one note I can pick out is an acidity coming from a tart blackberry which takes over what little sweetness the rum has. With each sip comes a different experience which leaves me frustrated because the palate doesn’t hang long enough for me to explore. The one thing that stays constant is the tobacco finish. That I quite enjoy.

She Said
The rum is a beautiful copper hue that lightly coats the glass with minimal lacing. The nose is very fragrant with sweet, buttery notes with hints of almond. There is a quick note of butterscotch on the palate which quickly dissipates to cinnamon. The almond is gone and is replaced by a hint of orange and vanilla. The cinnamon carries through to a warm finish. I’m with Clint. There’s so much more here but unfortunately, there’s too much battling for my attention. I was truly hoping for the buttery notes from the nose to remain throughout the sipping experience.

Overall
At $40/bottle, Bacardi Gran Reserva Diez 10 has a lot going on. Maybe too much for us to give it a higher score. This is not a bad rum but for us, it needed more development to fine-tune what the producer truly wants us to experience.