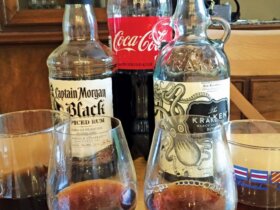 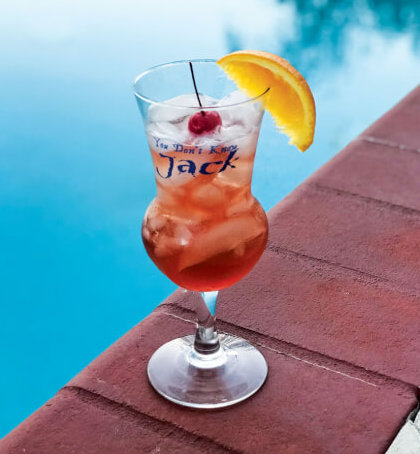 Since we’ve been on a streak of sipping rums lately we thought it was time to let loose and have fun. We opened up our rum cabinet and played around with the Classic Rum Runner Cocktail Recipe.

It’s pretty obvious that the name Rum Runner pays homage to the Captains who ran rum along the eastern seaboard during prohibition (1920 – 1933.) One of our favorite rums, Kirk and Sweeney, is named after a rum-running vessel captured by the U.S. Coast Guard off Long Island in 1924. South Florida has its own history with rum runners; the most famous story was of Captain Bill McCoy who ran rum from the Bahamas to South Florida. The U.S. Coast Guard caught on to him pretty quickly and began patrolling the waters more actively. But that didn’t stop Captain McCoy’s business. He would stop his schooner, Tomoka, just outside U.S territorial waters, then let captains on smaller boats deliver the goods to shore. Now that’s out-of-the-box thinking!

It wasn’t long after prohibition ended that the Original Rum Runner cocktail was created. The story goes, in the early 1950s a new bartender at the Holiday Isle Beach Resort and Marina in Islamorada, Florida wanted to create a cocktail to impress his new boss. He began experimenting with the excess liqueurs and rums he found around the bar and voila! The Rum Runner was born.

Now, this drink is meant to be changed around depending on what you have on hand in your cabinet, however to still call it a Rum Runner, you can’t change the basic ingredient. If you can’t find blackberry liqueur, substitute ½ ounce of Blackberry Brandy. Maybe use coconut rum in lieu of light rum or Navy-strength (i.e. Pussers) or spiced (i.e. Captain Morgan) as the dark rum. Also, play around with the juice amount and ingredients while maintaining the pineapple and orange.

If you love this, you’ll also love:

One night, after a day of boat work, we decided to play around with the recipe. We began with the classic recipe using Don Q Silver and Myers Dark Rum. We could taste every element of the cocktail but felt it needed a bit of sweetness.

We then used coconut rum and Kraken Black Spiced Rum with a smidge more pineapple. Terry loved this combination and barely allowed Clint a sip. The coconut and spice played well together while the pineapple balanced out the sweetness of the coconut.

Lastly, we used Bacardi Silver and Captain Morgan with no adjustment in juice. We could pick out the nuances of each ingredient with the hint of spice coming through from the Captain. This was Clint’s favorite.

Have fun playing around with this recipe and send us your favorite to [email protected]. We can’t wait to enjoy your creation.

Copalli Barrel Rested Rum not only uses sugarcane juice and canopy water from the rainforest but also employs production, helping to leave the world in a better place.