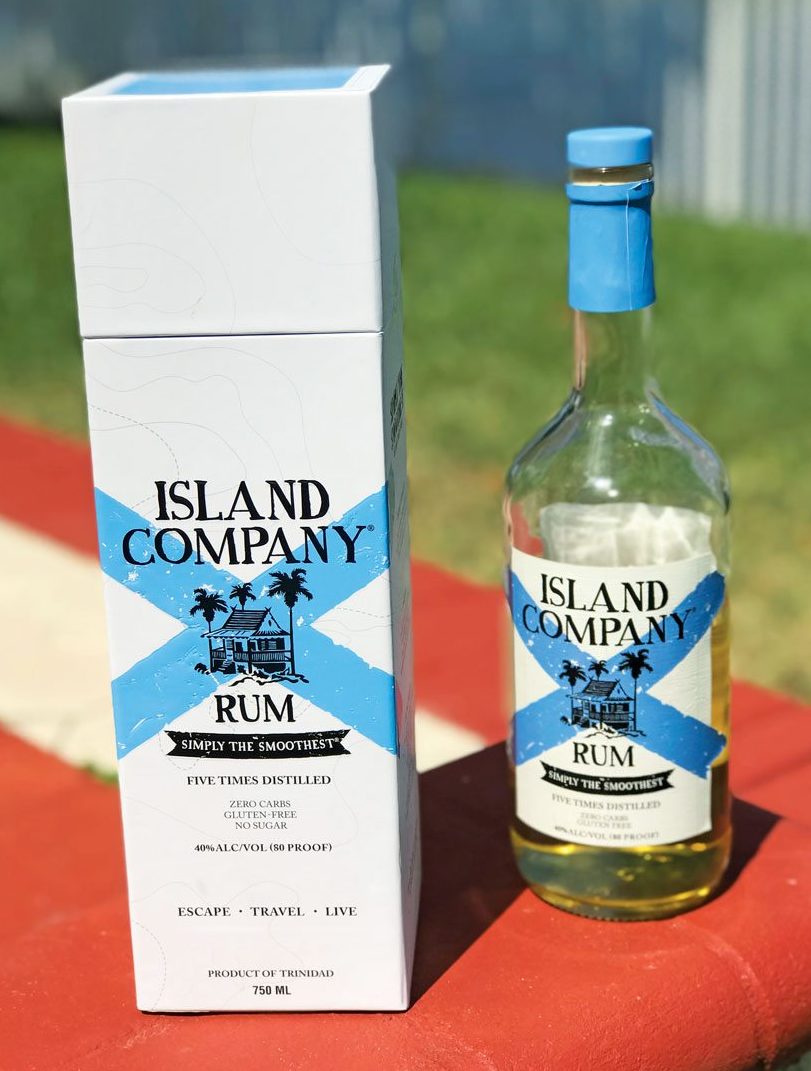 Immediately, we could tell there was a new rum on the shelf. The white box with a baby blue X stood out among the bottles of light and dark rums. Under the big X was the slogan “Simply the Smoothest.” The box also stated the rum was “Zero Carbs, Gluten-Free and No Sugar.” That got our attention! 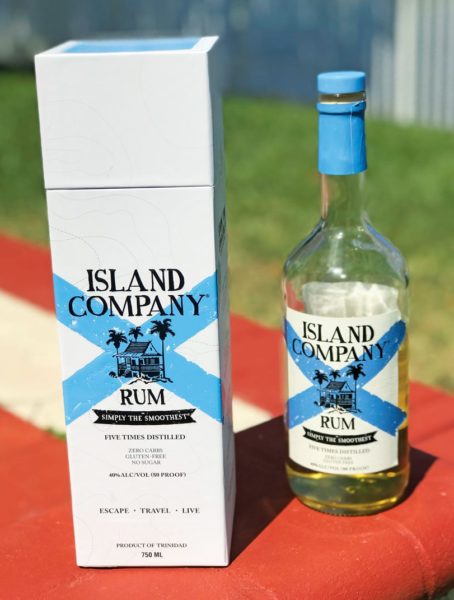 Island Company is a resort and lifestyle brand based in West Palm Beach, Fla. Founder Spencer Antle, launched Rum Company in March 2017, to fill a void he saw in the rum marketplace. “I wanted to make a rum women could drink straight and that appealed to the sailors and mariners I know throughout the Caribbean. There’s virtually no burn and it almost vanishes when you mix it into any tropical cocktail.” Since we meet both of his target markets this rum was perfect for us.

The rum is distilled in Trinidad via column stills then aged three years in American Whiskey barrels. Now, let’s address the “Zero Carbs, Gluten-Free and No Sugar” claim. True rum starts with a sugar-cane source then during fermentation the sugars are converted into alcohol. After distillation the liquid has essentially zero sugar content. Some rum producers add sugar back in after the fact. What Island Company Rum is saying is the rum is not made from wheat (Gluten-free) and they don’t add sugar back in after distillation (Zero Carbs and No Sugar.) A brilliant marketing strategy to attract health conscious rum drinker.

We tried the rum several different ways: straight with an ice cube, as a Daiquiri with simple syrup and lime and in a cocktail called The Blonde, as listed on the white box.

He Said
Straight up the rum has a very subtle nose that takes me a while to distinguish. Finally there’s a slight buttery note and a distant oak. On the palate I get anise and honey. There’s definitely no alcohol burn from nose to finish but there’s also no complexity to ponder. As a mixed drink the rum sits in the background letting the other ingredients shine.

She Said
Unlike Clint, I’m enjoying the nose and could sit here all night smelling. The inviting liquid is buttery with banana and honey. The taste, however, is nothing like the nose. It’s hot. Red hots without any sweet candy coating. The heat quickly dissipates on the tongue and the finish is nonexistent. In the mixed drinks I’m missing the sweetness a rum provides. The lime in the daiquiri is overpowering and The Blonde is all amaretto. Would have loved more rum taste.

Overall
This five times distilled, young rum lacks character. That doesn’t make it a bad rum, though. For those nights when you want a rum drink that’s not too sweet, reach for Island Company Rum.