On August 3, South Carolina angler Cantey Smith reeled in a 48.5-pound gag grouper, giving him a share of the South Carolina state record. Smith had met up with some friends on the 54-foot Sea Island Design express Artemis out of Charleston City Marina to go bottom fishing offshore, and had just hoped to catch something for dinner.

Artemis Owner John Darby, Captain Legare Smith and First Mate Ford Rivers, along with anglers Billy Baldwin and McKenzie Hutaff were also aboard when Smith made his catch. Artemis has a reputation for billfishing success, having won the South Carolina Governor’s Cup Series in 2007, and the North Carolina Big Rock in 2008.

After a successful day of catching bottom fish like vermillion snapper, triggerfish and grouper, the captain wanted to make one last stop in 150 feet of water. Cantey Smith was ready with his Shimano® deep water jigging rod and a Shimano® reel spooled up with 80-pound test mono. Using a 3-ought circle hook baited with a live menhaden, Smith dropped his offering down. The fish strike that followed doubled over his rod. It was clear to the entire fishing party that this was a big one.

“Usually the main part of a grouper fight is right after the bite, but this one fought all the way to the surface,” said Smith. When the crew brought the fish aboard it was easily the biggest gag grouper any of them had ever seen.

Upon arriving back at port, Smith went through the process to establish a state record fish. He weighed the fish on certified scales at Haddrell’s Point West tackle shop, and then he brought the fish to the South Carolina Department of Natural Resources for species verification. The certified state record document is then forwarded to Governor Nikki Haley to be signed. Smith’s gag grouper ties the existing state record, caught by angler R.L. Price in 1997. 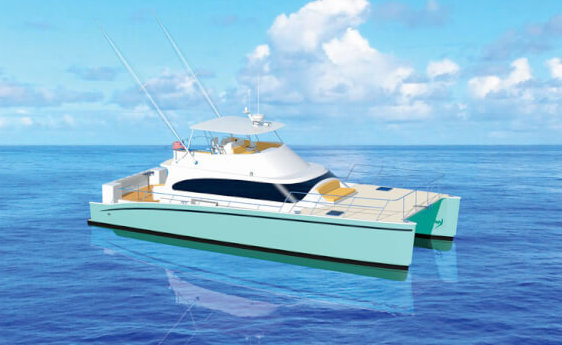