Leblon Cachaça is from Brazil and, well, not a rum. 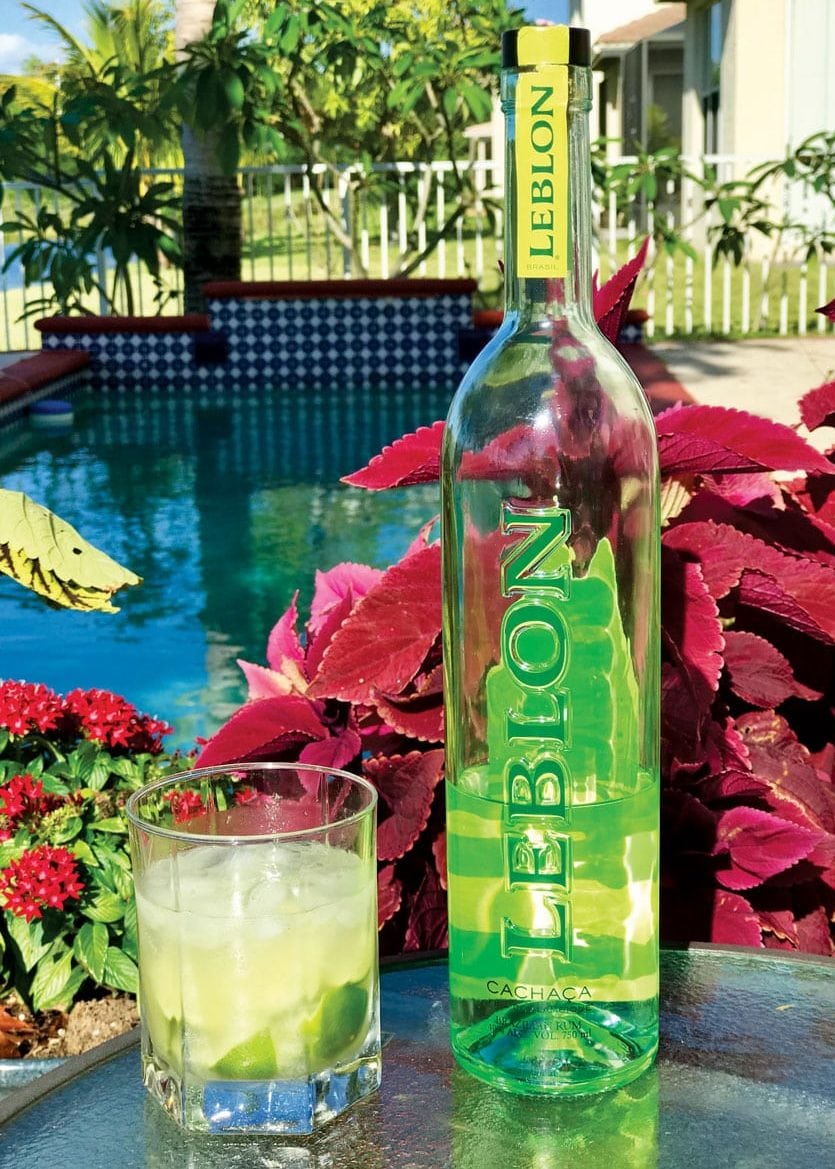 When we bought our first home in Florida a friend gave us a bottle of Leblon Cachaça as a housewarming gift, saying it was a popular South Florida rum. First of all, Leblon Cachaça is from Brazil and, well, not a rum. Yet that hasn’t stopped this popular Latin spirit from infiltrating South Florida’s rum aisles.

Let’s get the misnomer out of the way first. Unlike rum which is predominately made from molasses – a byproduct of sugarcane – cachaça (pronounced ka-SHA-sa) is made from fermented sugarcane juice. The other very distinct difference in the two products is cachaça can only be produced in Brazil. In fact, the Brazilian government strictly regulates the alcohol content at between 38 to 48 percent by volume and the sugar content at no more than six grams per liter. Outside of those parameters, the kind of wood used to age the spirit and for how long, is up to the individual producers. Until recently only one percent of cachaça produced left Brazil. Today that number is increased by twenty fold thanks to producers like Maison Leblon.

Situated in Patos de Minas, Brazil, Maison Leblon takes great care in growing and harvesting the sugarcane, hand cutting each stalk with a machete. While other distilleries use increased force to extract the maximum sugarcane juice yield, Maison Leblon opts to press the stalk gently, extracting only the best qualities of the product. The fermented sugarcane juice is then distilled in copper pot stills. Leblon is aged for six months in French oak barrels, then carefully blended to the desired sensory attributes unique to Leblon.

Cachaça was sometimes labeled as “Brazilian rum,” causing consumer confusion with true rum produced from around the world. In 2013, an agreement between United States and Brazilian governments established that all Brazilian sugarcane spirits arriving in the United State must be labeled cachaça.   Cachaça is not meant to be consumed straight. The earthy firewater is best served as the signature spirit in Caipirinha, a refreshing cocktail featuring lime, sugar and cachaça.

Cut the lime in half then into quarters extracting the white pith from the lime.  Place in a rock glass with sugar. Muddle for about 5-10 seconds. Over muddling will make the lime bitter. Fill the glass with crushed ice and cachaça. Shake or stir until the sugar is fully dissolved. Enjoy.

Overall
We love the earthy nose of the spirit but on the palate, it bites. The Caipirinha, however, is refreshing and goes down quite easily. It doesn’t have the sweetness that we generally get from traditional rum cocktails. The three simple ingredients are so well balanced that none stands out over the other. We continue to keep this spirit in our liquor cabinet. Just don’t call it a rum.