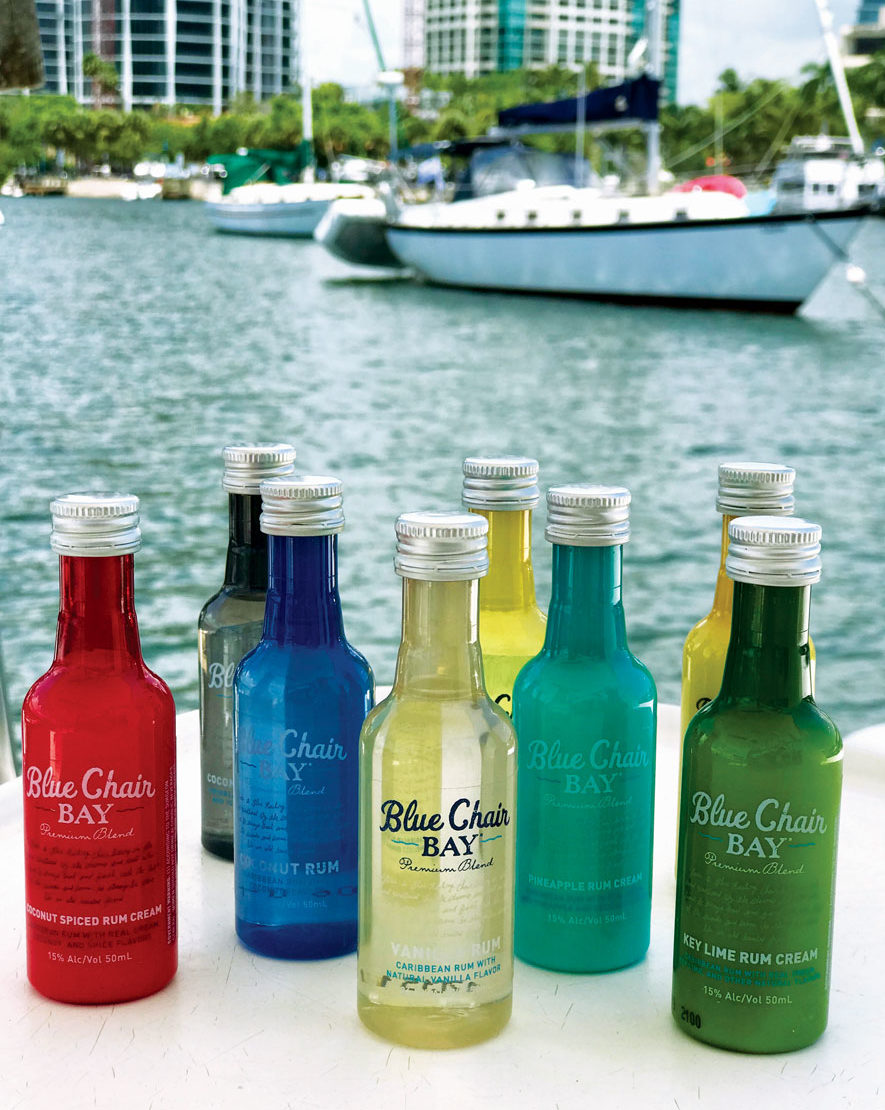 We have crewed for hot air balloons for over ten years. This year our dear friend, Glo Kehoe, became the balloon pilot for Kenny Chesney’s Blue Chair Bay Rum hot air balloon, currently touring the country promoting the brand. While in Chicago this summer, we met up with Glo at Soldier Field to help with the balloon launch. Afterwards we met the marketing director for Blue Chair Bay Rum, Monica Gray, who graciously answered our questions about this lifestyle brand.

Kenny Chesney always wanted to launched a rum brand. The brand is based on Kenny Chesney’s island lifestyle,” Gray says, “He wanted to take all the fun he’s had in the islands along with his music and bottle it up.”  With each sip of Blue Chair Bay Rum, Chesney wants us to experience everything he loves about the Caribbean Islands.

In 2013, Blue Chair Bay Rum was launched alongside Chesney’s No Shoes Nation Tour. The brand began with the White, Coconut and Coconut Spiced rums followed by Banana in 2014. Coconut Spiced Rum Cream hit the market for the 2014 holiday season only but was so  popular it came back as a full-time flavor in 2015. Chesney didn’t stop there., Banana Rum Cream, Vanilla and Key Lime Rum Cream soon followed and in 2018 Pineapple Rum Cream hit the market running. Gray hinted that a new flavor will debut next year so stay tuned.

Gray sent us miniatures of all nine flavors. Over the course of several days we thoroughly enjoyed cocktail after cocktail.

What Flavors Did We Try?

Key Lime Rum Cream – Smells and tastes like Key Lime Pie. You can even taste the graham crackers. Clint loves this slice of pie in a drink.

Pineapple Rum Cream – Not a strong pineapple note but still takes us back to the islands.

“Creamy Colada” – Equal parts Coconut Spiced Rum Cream and pineapple juice. This taste like Christmas in the islands. The consistency of this cocktail is rich like an eggnog with sprinkled with nutmeg. Terry’s new favorite.

“Riptide” – Banana Rum Cream and Coconut Water – Tastes like banana ice cream. The coconut water lightens up the banana to make the drink smooth and creamy.

“Shooting Star” – Coconut Rum with sugar free Red Bull is Chesney’s favorite. The coconut rum takes away the sugar free after taste of the Red Bull making this a refreshing cocktail.

“Island Mule” – Coconut Spiced Rum, lime juice and ginger beer. The nutmeg in the coconut spiced rum is so fresh it’s as if we grated it ourselves on top.

If you have never had a cream rum, you MUST try all four Blue Chair Bay flavors. It will change your life. We had so much fun exploring the cocktails featured on Blue Chair Bay’s website (bluechairbayrum.com/recipes), we will definitely put several  bottles in our normal stock.