The reliable coconut telegraph started up once again on Saturday afternoon.Faint at first, but by Sunday the sound loudly reverberated through St. John and St. Thomas. The rumor? Jimmy Buffett was going to play at the Westin on St. John and he was bringing country western stars Alan Jackson and Kenny Chesney! Maybe Monday; maybe Tuesday but definitely coming!

A quick check of his concert schedule confirmed that there was no conflicts and he was available for this top secret island rendezvous. However, on Sunday afternoon reconnaissance reports from St. Thomas’ private airport indicated that Jimmy Buffett’s private plane was not there. He would not be playing on Monday. There was still hope for Tuesday.

Monday morning the rumor was confirmed – Buffett’s plane was in and he did plan to play for a private party at the Westin! Phone calls were made to the usual suspects and by early afternoon plans were in place for a boat trip to St. John on Tuesday evening. Several people were planning to take their boats – it was shaping up to be a great party even if Buffett didn’t show up.

Loading enough essential provisions for a week – chili, water, ice, adult beverages – we gave the newbies a short briefing on how to work the head, and shoved off.It was full dark by the time we approached Great Cruz Bay except for the extremely bright lights on the beach at the Westin that were aimed into the bay. Like bugs to the light we were drawn to the stage. The many boats already there were lit up, but the blinding light made our approach a little difficult. Slowly and cautiously, we entered the channel and proceeded to the shallow area to the right of the bay. We anchored fore and aft just off the beach, and put fenders out in preparation for other boats we knew would raft up with us.

Most of our fun for the first hour or so was watching other boats arrive, rafting up, greeting friends and having some dinner. Yes, we came prepared!We were involved in a great party and the music hadn’t even started! There were some smaller boats rafted up in front of us, but we could easily see over them to the beach, where one set of barricades had been erected at the 15-foot line, with another set erected at what we assumed was the private party line. Still, we could see the stage and we would certainly be able to hear everything that went on.

Boats kept arriving and rafting up. By the time the music started, our raft-up consisted of 20 boats! Everyone visited back and forth, shared food and waited for Buffett to come out and play which he did around 9:30 p.m. Some friends on a boat in front of us ran out of wine, so we took them a mercy bottle and then drove a group to the beach. There had to have been 25 dinghies at the shoreline, 200 people on the beach, and another 200 on boats and that doesn’t include the members of the private party!

The crowd on the beach was eager to see Buffett, but respectful of the private party, the barricades and the really big security guards who manned the barricades. Spectators on the beach sang along, cheered and took turns up front so others could see. Once we realized that the view of the action on stage was better from our boat than from the beach, we headed back to Excellent Adventure.

Buffett played for about two hours and included old favorites like Cheeseburger in Paradise and Margaritaville in his repertoire. To top off an already spectacular event, Buffett also brought on stage Alan Jackson and Kenny Chesney for a couple of songs. From what I could see, all the people dancing and singing on the boats and outside the barricades had just as much ” if not more“ fun than the people inside the barricades. It doesn’t get much better than an impromptu boating and beach party for 400 of your closest and dearest friends..

All fun times come to an end. Buffett quit playing around 11:30. We cleaned up the boat, disassembled the raft-up and guided by starlight and a half-moon slowly made our way home. Thank you nameless International Corporation for paying for our entertainment. And thanks, Jimmy, Alan and Kenny for playing to all of us. 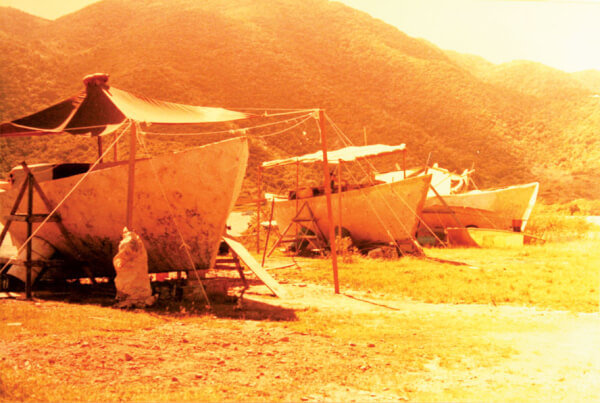 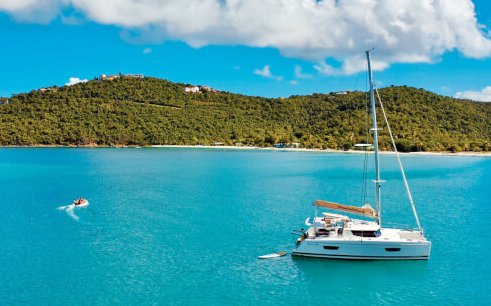