Is Ron Zacapa Truly the Benchmark? 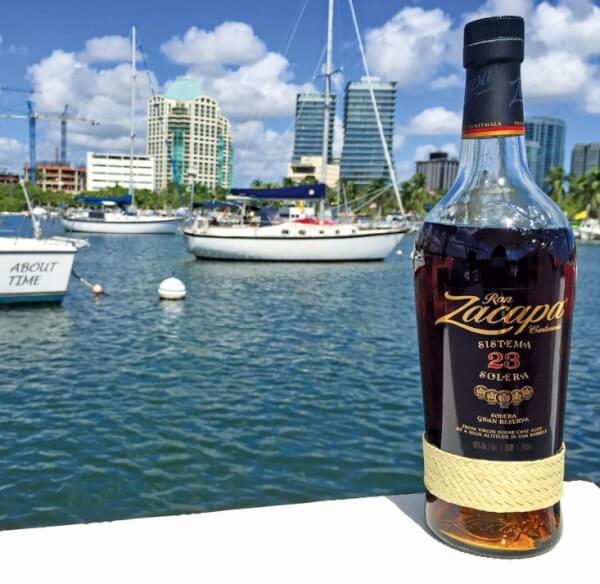 We were introduced to sipping rums by Clint’s best friend Jim Brazil many years ago. Back then, one rum tasted like the other.  Vanilla, molasses and some with spices we couldn’t quite identify. Then Jim pulled out the pinnacle of rums – Ron Zacapa Centenario 23 Solera. He said it was the rum that all other rums were measured against. Fast forward a decade or two, after coming to appreciate rums and their nuances, we decided to put this claim to the test.

Ron Zacapa 23 is made from sugar cane from Guatemala which is pressed into a virgin sugar cane honey. After fermentation and distillation, the rum is aged 2,300 meters above sea level in a facility known as ‘House Above the Clouds.’ Master Blender Lorena Vásquez uses the Sistema Solera method mixing old and new rums in a series of bourbon, sherry and wine casks then rested in white oak barrels to impart additional wood flavor.

Terry wanted to know which Clint would choose in a blind taste between Ron Zacapa and Pusser’s.

He Said
(Ron Zacapa) The nose is very sweet with a slight vanilla and overpowering alcohol which dissipates after it settles in the glass. With the denseness of the rum I think the sweet is molasses with some earthiness coming from coconut husks. The taste is smooth with little alcohol aftertaste. Oak comes through the molasses with orange peel and a bit of floral from roses. Continue to sip for more nuances. Oh so satisfying.

(Pusser’s) I’ve had this before. Vanilla, sherry and charred notes. Smooth and subtle on the palate with molasses, cherry and floral finish. Both are outstanding sipping rums but if I had to choose I would pick the first sample over the second. There was so much hidden below the layers yet to be explored.

She Said
The color is a beautiful deep mahogany. There is a definite sweetness on the nose coming from orange blossoms and roses with a slight fresh cut wood bouquet. The texture is very dense and rich which leads to honey, orange and subtle spices. For me the rum is so balanced in its complexity I can’t pick out one prominent note. It’s not overly sweet or earthy.  Just balanced, warm and inviting.

Does the Ginger Beer Matter in a Dark ‘n’ Stormy?

Overall
While we don’t believe you can go wrong with either of these rums, Ron Zacapa 23 clearly is the benchmark.

Luddite vs. Technology: Who Really Wins?