The Cons and Cons of Safety Gear 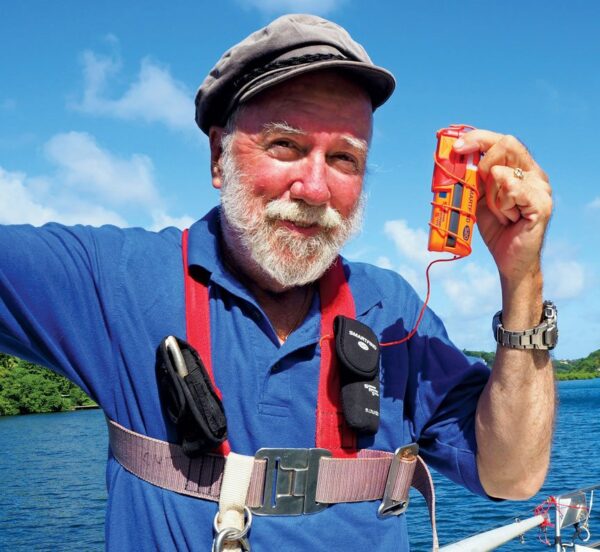 If you have a wooden boat with a bad plank, you’re better off spending $2,000 to replace that plank than buying a new life raft as ‘insurance’.

Nor am I a big fan of actual insurance.

Please don’t misunderstand. I am not criticizing anyone for having insurance nor an anchor alarm. I’m merely stating that, in my world, prevention and life-saving rank far higher than financial reimbursement. 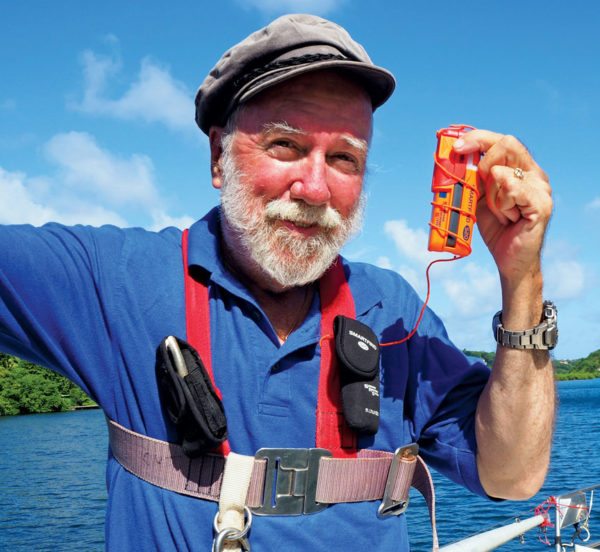 I was recently in the Indian Ocean talking on the single-sideband (SSB) radio to a fellow yachtsman in a bit-o-breeze, who’d set off his EPIRB hours ago. He asked me, “Why aren’t they here? My wife and I have been waiting hours!”

“The SAR people,” he said frantically. “We’re only four hundred miles east of Madagascar—how long can it take?”

I didn’t point out to him that the starving folks with extended bellies in the town of Hellville might have a slightly different spending priority than having a fleet of warmed-up helicopters ready to dash out to rescue wealthy yachtsmen who are no longer having fun.

Let’s consider life rafts. My friends Lin and Larry Pardey do not have one. They’ve never had one. Perhaps they even think they’re silly. Why?

“Because the boat itself is our life raft,” Larry Pardey told me. “We put that weight and that money into our hull to ensure we will never need a life raft.”

This makes sense to me.

Who knows more about spending priorities—Larry Pardey or the fellow who purchased that three million dollar Oyster 88 footer named Polina Star III, the newly built boat that totally lost its keel and sank off Spain on a calm day?

I’m 65 years old and have ocean sailed and lived aboard for 57 of those years. I’ve never purchased a life raft. (Full disclosure: I carry two life rafts on my circumnavigations, one given to me and another that came with Ganesh, our 43-foot Amphitrite ketch.)

I think one of the things we need to ask ourselves as thinking offshore sailors is: does a piece of safety gear really make us safer or just make us feel safer?

I happened to be the in the Canary Islands just before the ARC shoved off. Newbies were buying satellite phones like popcorn. One of ‘em looked at me like I was crazy when I asked, “How does that keep the water out of your boat?”

That’s what I do—I keep the water out of my boat. That’s my job.

I am a big advocate of SSB marine radios. I have two completely independent high-frequency rigs aboard. One is an Icom 710 that I use to chat with my fellow boaters, while the other, an Icom706MKIIG, I use primarily on the amateur ham radio bands. (I’m W2FAT and my wife Carolyn is NP2MU.)

As a net controller, I’ve assisted during many emergencies and rescues. I’ve been able to talk with panicked sailors begging to be airlifted off and calmed them down enough to walk them through heaving-to. They completed their voyage without any outside assistance (nor any real damage to their vessel).

Do Unto Others – Charitable Giving at Sea

This makes me proud—and the fact the crew of Clydesdale Wanderer recently tracked us down and took us ashore for a giant steak dinner is even nicer.

And, sure, I check into the offshore passage nets while ocean sailing—give them my position daily.

But I don’t delude myself into thinking I’m any better off, or any safer, because I do. I believe that the whole ‘position report’ thingy is just silly.

Here’s what happens on these informal nets: participating sailors miss days all the time. It isn’t until four or five days that the net controllers start to get nervous. By that time, the silent vessel might be 750 miles astern.

There are many reasons sailors might not check in—a drunk-front might pass overhead, their radio might stop working, the antenna might fall down—or even the spacey offenders might change to another net and forget to notify the old one. (This happens often, I kid you not.)

Is anyone going to sail backwards 700+ miles and begin searching a one million square mile grid on the slim chance some stranger might need them? Not me. And, frankly, I have never heard of it happening. Not once.

The most that actually does happen is that net controllers request a “sharp look out” from the boats astern.

The fact is, that while marine radio nets are an extremely useful safety device through which to communicate if you need assistance offshore, the ‘daily position report’ is really an illusion that comforts, nothing more.

So here is what I do when I join a new position-reporting SSB net: I try to be as sincere and helpful as possible. I often volunteer to act as net control. But I also inform net control that I never, ever want anyone to report me missing unless I have specifically asked them to.

This is similar to what I tell our daughter Roma Orion. “If you ever think we’re lost at sea—just wait a month before doing anything. Once a month is up, then know, my dearest, that it is far too late. Do nothing—just smile knowing that your mother and I were having a blast right up to the end.”

That said, once we begin checking into a passage net, we continue to do so. It is only good manners.

Of course, I think all prudent mariners believe in safety gear—I hope I’ve communicated to you dear reader, that I do.

Example: I have a small device that clips to my safety harness. Should my harness break and I end up in the water, it will immediately loudly beep my onboard AIS, inform Carolyn that I am overboard, and help her get back to me.

This is far better than having a GPS position of where I went into the water because it might take her a long time to get back if we were running down wind in heavy airs—and the wind, sea, and current might have carried me far.

So the bottom line for all prudent mariners: gather together real safety gear while shunning pseudo-safety gear if you want results rather than placebos.

Cap’n Fatty Goodlander and his wife Carolyn recently finished their third circumnavigation. Fatty is the author of Chasing the Horizon and numerous other marine books. His latest, Storm Proofing your Boat, Gear, and Crew, is out now. fattygoodlander.com