ALL AT SEAThe Caribbean\'s Waterfront Community
HomeCruiseLife Rafts – What to Know Before you Buy, Stock & Use
Cruise

Life Rafts – What to Know Before you Buy, Stock & Use 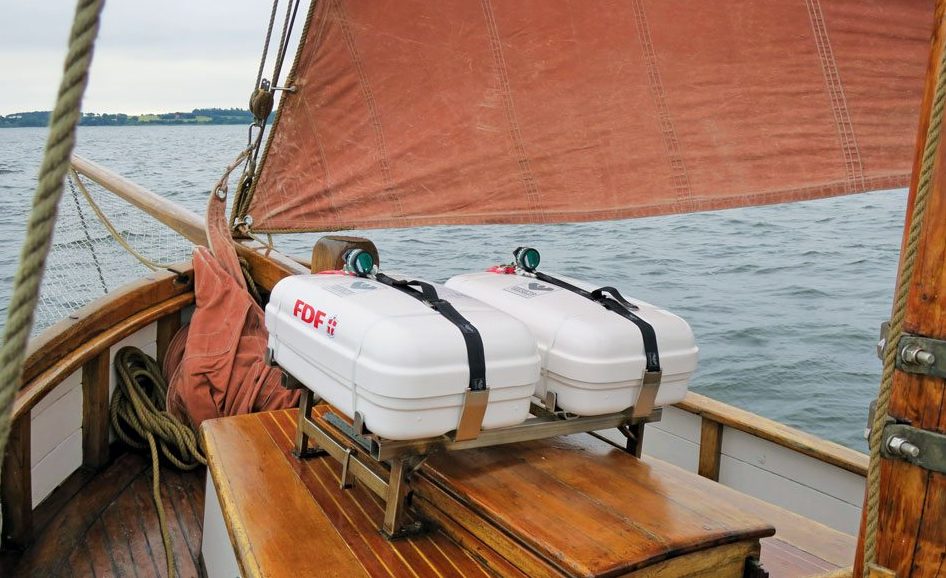 The old adage applies â€“ itâ€™s better to have and not need than to need and not have â€“Â  when it comes to life rafts. These emergency inflatables are literally whatâ€™s between you and the water if the unthinkable happens and a vessel sinks. Whatâ€™s crucial is to choose the right raft for your cruising style, stock it with essentials and most importantly, know how to use it.

â€œRecreational boaters are not required to have a life raft but Iâ€™m finding more people are equipping them onboard,â€ says Brian Kinsella, Sr., national yachting sales manager for the Americas for Viking Life-Saving Equipment, Inc., based in Miami, Florida. â€œAny life raft is better than no life raft.Â The world is getting smaller and vessels are getting larger, but there are still remote areas that may take longer than 24 hours to reach for rescue. My suggestion is to do your research. Then, speak to a representative about your travel plans to purchase the raft that will fit your needs.â€

There are three types of life rafts, according to the Boat Owners Association of The United States (BoatUS), the Alexandria, Virginia-headquartered largest organization of recreational boaters in the nation. The first is a coastal-type raft, which are best when there is a high probability of rescue within a day. Thatâ€™s because these generally donâ€™t have features like double inflation tubes necessary for long-term survival. Second are offshore rafts. These can extend survival time to four or five days and do so by including canopies and two buoyancy tubes. Third are ocean-going rafts that are fully outfitted to support life on the sea for 30-plus days. These are required on commercial vessels. 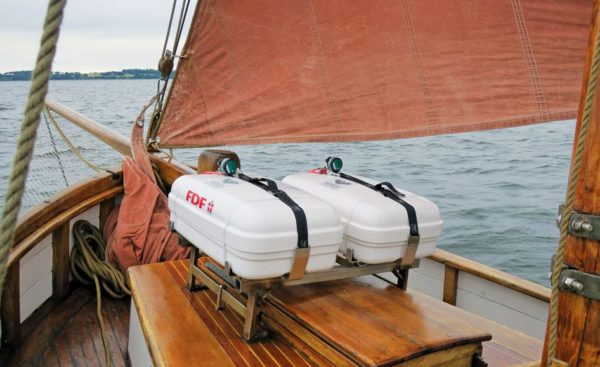 â€œPurchase a life raft that is indicative of the type of cruising you are doing,â€ suggests Jeff Rodgers, vice president of sales at Inflatable Boat Pro, in Fort Lauderdale, Florida. â€œFor example, if you typically cruise in a high traffic locale, you just need something that will float and keep you safe until the Cavalry arrives. If, on the other hand, youâ€™re doing heavy cruising, such as from Florida to the Caribbean, then you need to step up to something where you can last 2 to 3 days until you are found.â€

What to stock aboard a recreational vessel life raft is as important as having the raft itself.

â€œFirst of all, an EPIRB onboard is a must, as they go hand in hand with a life raft and is the first thing to get activated in a dire emergency.Â You need to be located and rescued.Â  Most life rafts today all have similar traits in their models.Â They all come packed with an equipment pack of varying degrees depending on the model.Â The basic models will have flares, flashlight, pump, paddles and repair kits while offshore models have more equipment to sustain the occupants including drinking water, first aid kit, fishing kit, etc.Â Most rafts will have two independent tubes for offshore freeboard to help keep from bailing water.Â Over-sized ballast bags aid in the stability of the raft in rough seas.Â Full canopy coverage to protect from the elements, whether itâ€™s cold or the sun,â€ says Viking Life-Saving Equipmentâ€™s Kinsella.

Other essentials are inflatable PFDs (personal flotation devices or life vests) and items useful to specific needs of friends and family members such as infant formula and prescription medications. 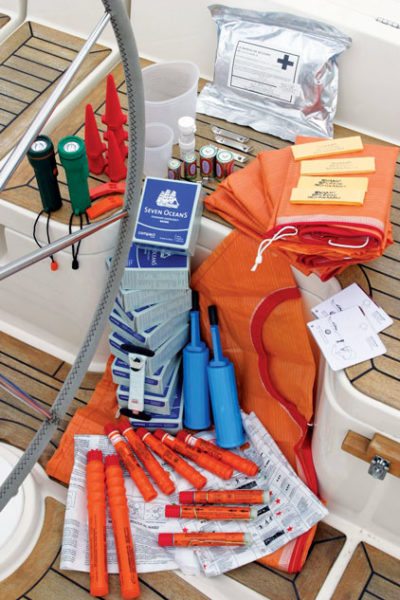 Most importantly, â€œmany people donâ€™t know how to safely get a life raft off a boat and inflate it correctly. They think that the life raft is on top, it has a hydrostatic release and bingo will just inflate and everyone will be saved. Thatâ€™s not the case,â€ says Inflatable Boat Proâ€™s Rodgers.

Life rafts need to be deployed. They donâ€™t just pop out all set up and right side up by themselves. To do this properly, explains Rodgers, loosen the raft from its cradle or bag. Tie the 100-foot painter line on the raft to the boatâ€™s rail or a cleat. Then, throw the lift raft overboard right side up. Pull on the painter until its entire length is out and give one good tug to activate the raftâ€™s inflation. If the sinking boat is in deeper than 100 feet of water, cut the painter with the knife included in the raft. If less than 100 feet of water, leave the raft tied as the yacht makes an excellent anchor.

Finally, says Rodgers, â€œone of the biggest points that Iâ€™d make is the fallacy that some people have that a dinghy or yacht tender can double as a rescue raft. Not so. When boats sink, itâ€™s not necessarily slow or flat. In fact, there may not be time to get a tender off and into the water.â€