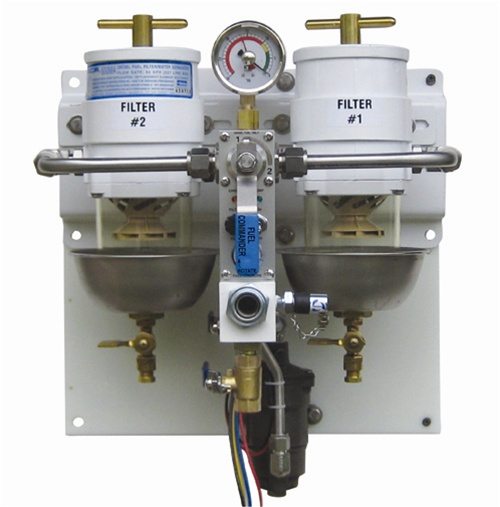 How to Clean Your Diesel and Keep it Running Clean

Having practiced everything you have learned, by now you should be competent at basic anchoring. That means it is time for you to know about – and then try your hand at – more advanced anchoring techniques. As usual, I recommend that you consult your cruising guides and review Chapman’s – you did buy a copy, didn’t you? – before you go. Then round up your friends, head out on your boat give and some of these anchoring methods a try.

What is a Bahamian Mooring

This style of anchoring best for an area where a wind and/or current change is likely. If you suspect the current will shift or if the wind has been fluky, take the time to set two anchors especially if you are going to stay over night. Remember that Murphy has a set of Boating Laws, so if a firmly set anchor is going to come loose, it will do so when (a) everyone is asleep, or (b) everyone is off the boat. Bahamian mooring is not difficult; the time it takes is worth the resulting peace of mind.

A favorite Sunday afternoon destination for U.S. and British Virgin Islanders is the Soggy Dollar Bar at White Bay, Jost van Dyke. Rather than anchor out and swim in, captains of shallow draft boats often parallel park along the beach. They accomplish this by setting the bow anchor in the sand between where the deep draft boats anchor and the beach. Rode is then paid out until a crewmember carrying a small anchor, which has been tied to a stern cleat, can step off the boat into shallow water. That crewmember will carry the small anchor ashore and set it into the sand above the surf line. Once that is accomplished, the rode for both anchors can then be adjusted until the boat is “stern-to” the beach in shallow water. Warning: parallel parking at the beach works in a calm area only!

One day you might want to join up with other boaters out on the water to share a meal and spend the day in company – that can be great fun. While worth it, rafting up takes practice and can be tricky. As with other advanced anchoring techniques, read up on and ask questions about this maneuver before you try it. Don’t forget to (a) discuss the plan – with your crew and the crew of the other boat, (b) put out plenty of fenders, (c) have lines ready and, (d) approach the other boat very slowly. FYI: in most places, you may not raft up on a commercial mooring.

This style makes the best use of limited space in the Mediterranean and some areas of the Caribbean. Used particularly by captains of mega-yachts in places like Gustavia Harbor, St. Barth’s and Charlotte Amalie, St. Thomas, med-mooring is similar to parallel parking on the beach. However, instead of backing up to sand, after dropping his main anchor the captain will back up to a wharf. The crew will then secure the stern of the boat to the wharf using lines instead of a shore anchor. While some books advise the crew to throw stern lines to a person on shore, I am very wary of doing so unless I am certain that the person catching knows how to handle lines. I would rather have my boat kiss the dock under my own hand, than have some well-meaning bystander pull her into it.

In addition to some tips about anchoring, I hope you have learned from this series that you are not alone out there. You have several ways to find reliable information about all aspects of boating, not just anchoring. In addition to utilizing the resources I have mentioned in Parts I, II, and III – websites, cruising guides, Chapman’s, marine stores and other boaters – you can sign up for formal boating classes many areas. The United States Power Squadrons (www.usps.org) and the United States Coast Guard Auxiliary (www.cgaux.org) offer courses for beginners and experienced boaters.

The Galveston Bay Power Squadron holiday raft up in Galveston Bay was in full swing on a Saturday in December. We must have had 14 boats rafted together; several boats had their anchors out to hold all the weight. Each group served a different type of food and we had a wonderful time visiting back and forth between boats. Around 3:00 p.m., latecomers driving a 36’ sailboat circled around us and then indicated that they wanted to raft up on our end of the line. They expertly came alongside, tied to our boat and, after introducing themselves and requesting permission to board, proceeded to party with the gang. They had been with us a couple of hours before we began to suspect that no one in our group had ever seen them before. When someone finally asked who invited them, they confessed to crashing our raft up. They said that it looked like we were having such a good time that they couldn’t resist joining the fun!

So, there you have it – how to properly anchor in the Caribbean. Go forth, make new friends and have a great time.