Yamaha Outboards – A Year of Innovation 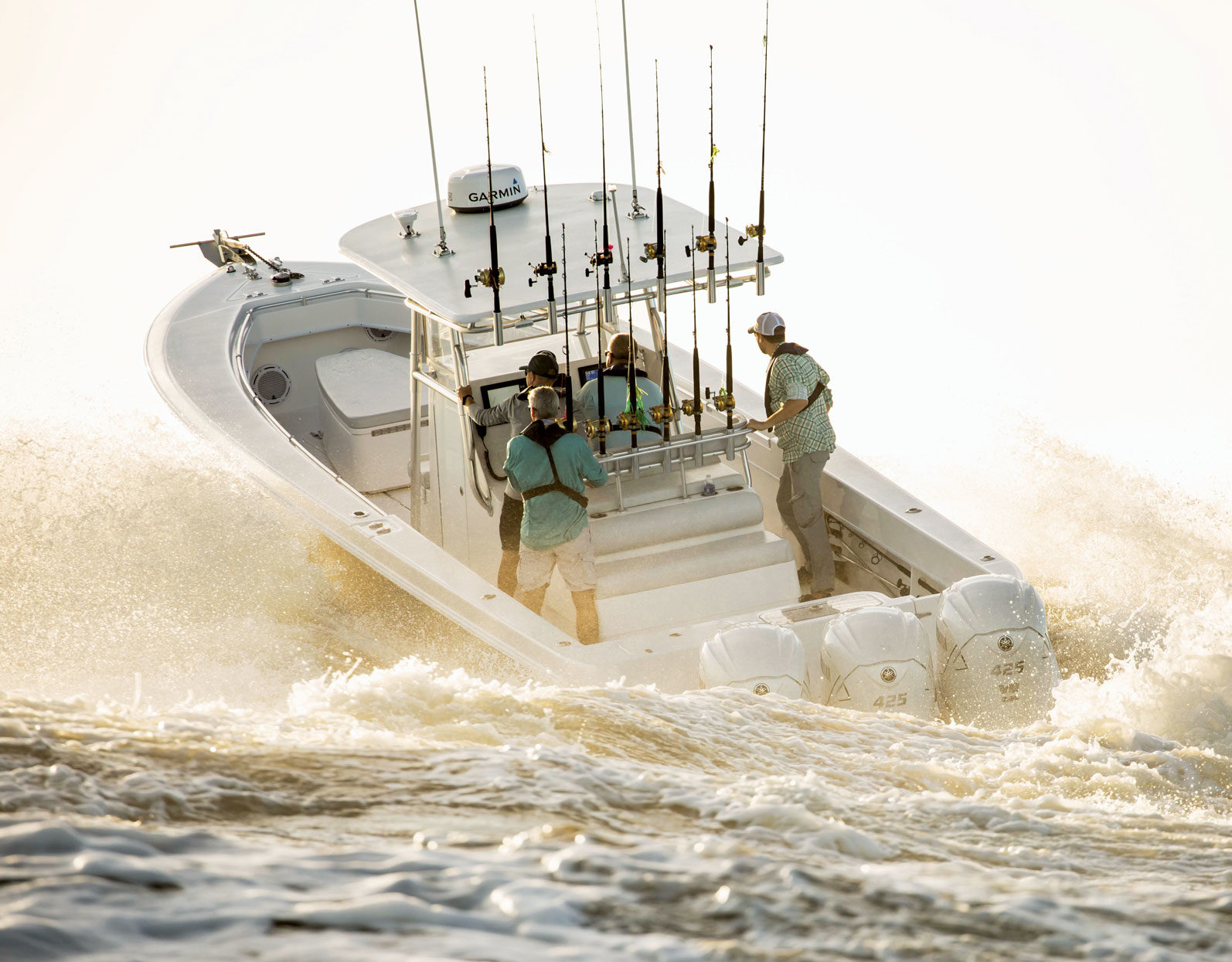 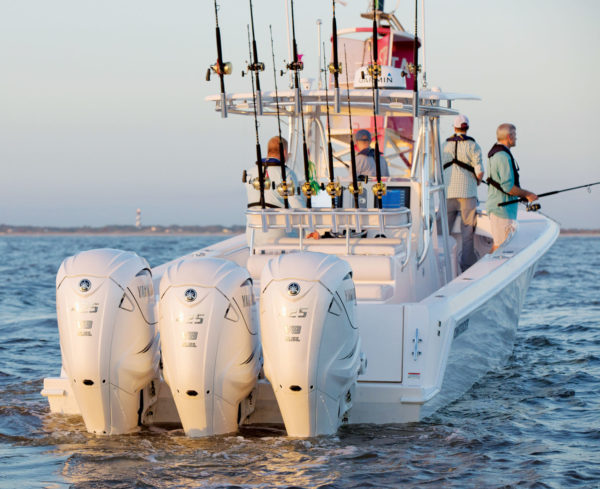 2019 has proved to be quite a year of innovations in the marine industry. Yamaha Outboards has been one company leading the way with a series of new engines and technology that are setting a new benchmark in what to expect from your new outboard. I recently had a chance to chat with Ry Landry, the Product Education Manager for the Yamaha Motor and Marine Business Unit, about all the innovation Yamaha has brought to boaters this year.

Landry started off with probably the most acknowledged engine this year – the XTO Series. Introduced at IBEX (the International Boat Builders Exhibition) the 425HP outboard won the innovation award at that show. He explained that this 5.6L V8 engine and its innovations and features “were all directly related to trying to get boat builders more ability to build a better package for the consumer.” The goal was “integrating the motor into more of a platform with the boat manufacturer.” Their goal of building a motor unlike any other that filled specific needs of builders requiring a large efficient and feature rich outboard has been brought to fruition with the XTO. Innovative features that accomplished this include the 100% electric steering that eliminates the need for external hydraulic pumps and hoses. This design leaves just the rigging tube simplifying installation and a nice clean and uncluttered transom. Landry went on to explain that the electric steering system is also more responsive than hydraulic steering and is more efficient because it only draws current when it is actively being steered. There is also a high output charging system on the XTO. With a gross output of 90 amps it was specifically designed for low RPM net charging, producing 52 amps at idle (when it’s normally needed most) and 72 amps at 1500 RPM. Net charging is the power that is produced after all the needs of the motor are accomplished, including the electric steering. The result is plenty of power for larger craft with extensive electrical and electronic systems. As a comparison the F350 has a gross output of 50 amps, which is already impressive.

Other features that make the XTO a great choice for builders of boats such as large multi-engine center consoles is the tilt up capabilities of this motor. Many larger outboard craft are kept in the water and the tilt mechanism on these motors allows for the engine to be raised to where it is completely out of the water, eliminating the accumulation of growth typically found on lower units kept in the water. There is also a thrust enhanced exhaust system that is an alternate exhaust port away from the hub. It kicks in when below 2500 RPM to allow better low speed operation and reverse thrust with no cavitation caused by exhaust exiting through the prop. This outboard is also the first four stroke direct injected motor on the market. Producing 2900psi injection with 5 fuel pumps the major benefit of direct injection is the ability to boost the compression ratio from 9.6:1 to 12.2:1 “Pushing into the racing side of compression ratios, while it still runs on 89 octane,” all of it producing better economy and more torque and power. 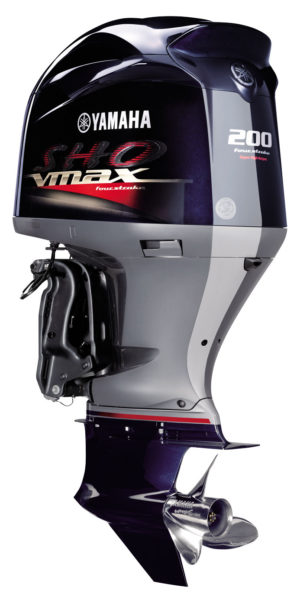 The XTO is built for long-term reliability and durability. This is accomplished with features such as its two-stage water pump that flows 30% more water than the F350 did and even has a dual chamber oil pump that helps circulate the oil on the interior of the motor, keeping things nice and cool. Landry says “A lot of the features of this motor and the design of this motor are designed to make sure consumers have an enjoyable experience with this product for years to come.” He went on to say that with the improvement in performance and economy there are boat builders producing boats today that are better performers with triple XTO outboards that previously needed quads to produce similar results.

The XTO is not the only innovative product Yamaha has released recently. Landry explained that the electric steering of the XTO directly ties into other improvements on already impressive products such as Helm Master, Yamaha’s electronic joystick controls. Although around for a few years there have been some significant upgrades to the Helm Master system. Namely the SetPoint features were upgraded in 2019 to be repositionable. SetPoint has three different modes, StayPoint, FishPoint and DriftPoint, offering more possibilities then ever. Now with FishPoint you can set it for bow and stern holding either into a current, keeping position but not heading. Position adjustments of 10 feet can be accomplished by pushing the joystick to the bow, stern, port or starboard. Landry says StayPoint “uses the motors to anchor the boat exactly where it is at,” holding position and heading. He explains a useful upgrade allows that while in SetPoint you can activate the joystick and move the boat to the bow, stern, port or starboard in 10-foot increments. You can also twist the joystick to actually reorient the boat in 5-degree increments. DriftPoint now allows the maintenance of your heading but not your position (great for kite fishing or drifting over depressions, etc.). Twisting the joystick while in this mode allows for heading changes in 5-degree increments. Another great new feature is Pattern Shift. Even though VTS or Variable Trolling Switch has been available to lower the idle speed of a boat, it doesn’t really help with larger boats with multiple outboards whose idle speed is usually about 6-7 MPH. If there is a need to go slower, then all that is needed is to push the speed control button on the remote that automatically bump shifts for you. It starts at 90% in gear and 10% out of gear. It can go all the way down to 10% in gear and 90% out of gear, effectively slowing your trolling speed significantly.

Yet another innovation from Yamaha in 2019 is the V Max 200 SHO X Shaft. Based on the 4.2 Liter V6 platform this motor is designed primarily for the Great Lakes market and others with a smaller deep v craft requiring a longer shaft, offered with a 25-inch shaft unlike the traditional F200 based on an inline 4 platform. This new motor really helps fill in a much-needed motor for smaller boats that are longer and heaver that limit out at 200HP but need performance of a larger motor with a longer shaft.

On the smaller motor side Yamaha now offers the T25 high thrust outboard and the new F20. Both are based off the popular F25 that was so popular for many years. Both can be had with or without electric start and sport the new battery less EFI system. There are about 30 variants, such as with and without power tilt, varying shaft length, tiller handle and other options. The T25 can be used as a kicker motor and is a really good option for this with its new EFI system. This motor is now also an excellent choice for houseboats needing that extra thrust which this outboard produces through Yamaha’s patented dual thrust propeller. This propeller is particularly good while operating the outboard in reverse, getting the most out of all 25 horses.

All in all this has been a year of innovation for Yamaha and the company has not only introduced engines but technology and features that will become must-haves for anyone who gets to put them through their paces. I can’t wait to see what’s coming next year. 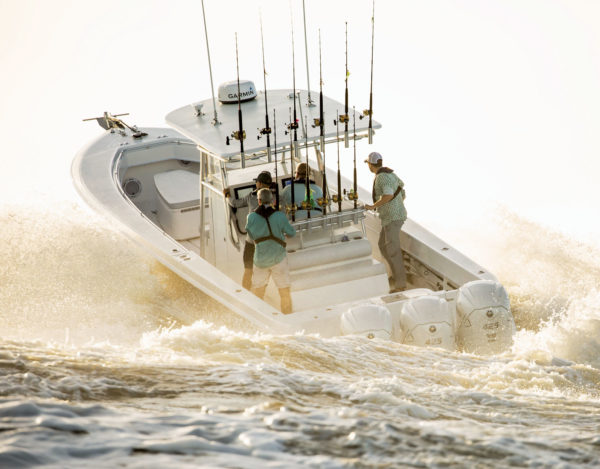