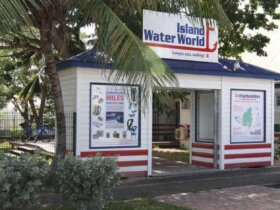 Cruising in the company of other sailors on a rally to the Caribbean offers a safety net. Yet, ultimately, its up to each vessel’s captain to make sure their boat, crew and even provisioning are up to par to assure a successful passage. It’s also important in this busy world to carve out enough time for the rally itself. ALL AT SEA asked experienced ralliers as well as rally organizers for their suggestions on these topics.

“As is often the case, and very much so for offshore sailing, preparation is the key to success,” says Ruud Bosman, who with wife Laurie have sailed their Hylas 54, Blue Pearl, to the Caribbean six times, twice with the Salty Dawgs, twice with the ARC Caribbean 1500 and twice solo.

What is the BEST Type of Rally Boat? 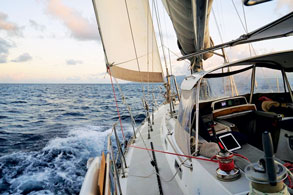 There’s no one-size-fits-all as to the best type of rally boat.

“I have sailed offshore in several different types and size boats, from 32- to 52-feet, monohulls and multihulls. I’ve also observed many others and discussed their passage and observed their sailing capability. In summary, there is no perfect boat; there are always trade offs,” says Hank George, president of the Salty Dawg Sailing Association, which runs its annual Fall Rally from Hampton, VA, to the Bahamas or Antigua.

Brian Stork, who with wife Shelly, sailed their Hylas 49, Aria, to the Caribbean with the SDSA’s Fall Rally, started with a newly fitted-out boat. “Still, there were lots of details to do like dog netting, where to store jerry cans, getting the safety equipment checklist complete, getting all the spare parts needed, etc. This took us 2 to 3 weeks.”

A well set up boat should be ready to sail south in a matter of weeks, however, for most cruisers it will be a 12 month plan, according to Jeremy Wyatt, communications director for Cowes, UK-based World Cruising Club (WCC), which runs several rallies, including the Atlantic Rally for Cruisers (ARC) and ARC Caribbean 1500 each fall. “This includes taking a season to sail, sort out and set the boat up. Remember you have to do this in evenings and weekends and fit it around other obligations on your time such as family, friends and work. You will never have enough time, so prioritize otherwise you will never leave!”

What are the BEST Crew To Select for a Rally? 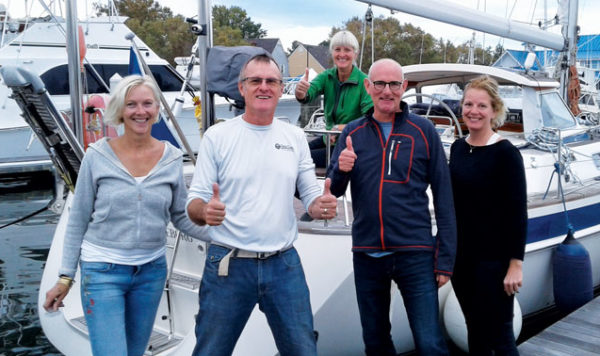 So much of crew selection comes down to personality, says the WCC’s Wyatt. “You can teach someone to sail, but you can’t teach them to be a nice person. So definitely sail with people in advance of going offshore with them.”

Friends who sail are a great starting point because you know them well and know their level of sailing competence, recommends Charles Cunningham, who with wife Gretchen have sailed their Hylas 54, Agua Dulce, in six ARC Caribbean 1500 rallies and who will return to the Caribbean this fall on the ARC. “In terms of numbers, keep in mind the importance of rest and sleep. In our judgment, four is an ideal number of crew to allow plenty of rest between watches. We know lots of other sailors, however, who have had great rally experiences with fewer or more crew members.”

Beyond friends, all rallies maintain lists of people of various levels of sailing expertise who want to crew. For example, participants on the North American Rally to the Caribbean (NARC), run by Hank Schmitt, founder of NY-based crew service, Offshore Passage Opportunities, can use OPO’s Crew Network services.

“It is a free service to boat owners to get crew that will sail for free and pay their own way to and from the boat. If you want to crew it only costs $199 to join and $150 in annual dues to go sailing as many times as you have time for as long as you are a pleasant person and a safe knowledgeable sailor,” says Schmitt.

How do you PROVISION for a Cruising Rally? 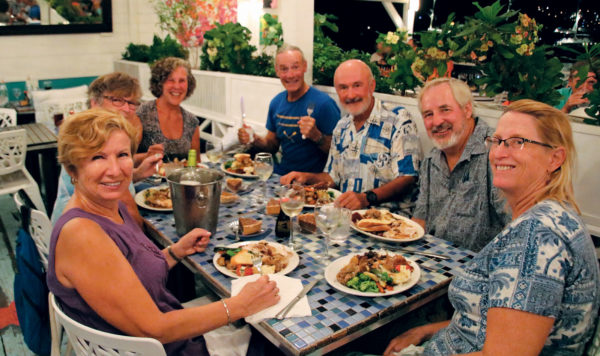 New offshore sailors always worry about provisioning, says the WCC’s Wyatt. “As a basic rule, plan your menus based on the number of days of the passage, allowing for extra snacks. The break the menu down into portions and ingredients or ready-cooked meals and you have your provisioning list. Don’t over provision! You will be able to buy food in the Caribbean so don’t feel obliged to stock up for months. For most boats, a 15-day provision plan is plenty. Add in some reserves of canned goods then you are fine.”

Agua Dulce’s Cunningham spends time before the rally preparing and freezing dinners for four people (or whatever number of crew) for at least half the time anticipated at sea. “Then, if the weather is uncomfortable, you can just stick the frozen dinner in the oven for an hour, and dinner is ready to go. Don’t make it spicy, since rough weather means crew might not be feeling up to par. And, it is vital that crew eat and drink, even if they are seasick.”

Snacks are important, especially a snack cabinet that everyone can get to whenever they want, says Aria’s Stork. “Everybody gets their own water bottle with their name on it. Staying hydrated is very important.”

Finally, there’s the time factor of the rally itself to consider.

“Don’t show up the day before departure and don’t book a return flight for the day after you think you will arrive. Assuming your boat is ready to go, still plan to be at the rally departure marina about 4 to 5 days prior. Assume you will be underway for 14 days for the rally to the Caribbean (yes, you probably will do it more quickly, but who knows what will happen) and allow a few days at the other end if you have to fly back home. Add it all up and you are probably looking at about 3 to 4 weeks,” says Blue Peter’s Bosman. 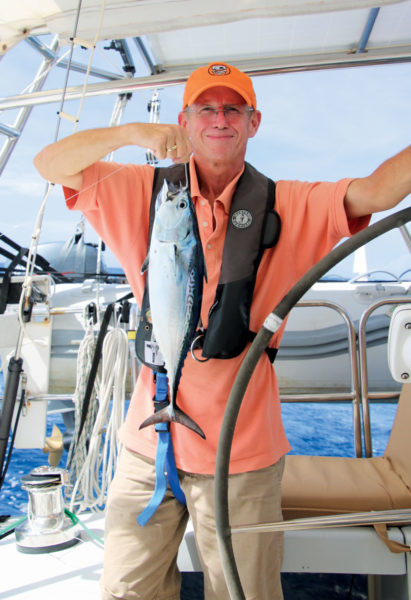