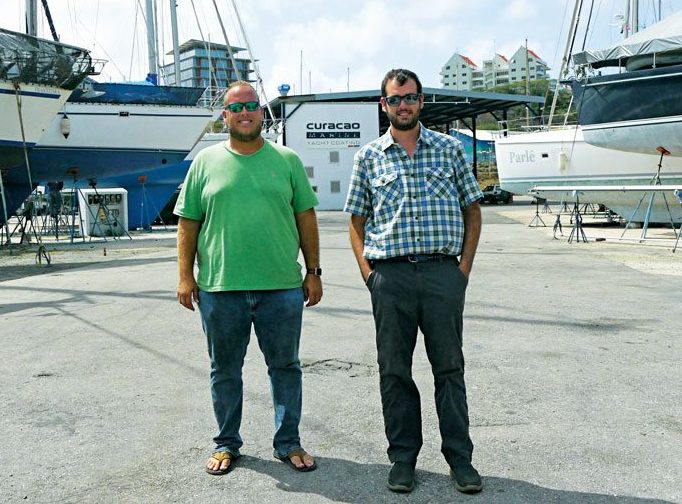 A market trip on any Caribbean island reveals an array of knobby dirt-covered roots. These are some of the most popular starchy vegetables or ‘provisions’ in the Caribbean, the stuff that sustained in times gone by when sun and draught caused widespread failure of lusher crops. These roots, plus a variety of other vegetables popular to the region, are plentiful on local plates.

This volleyball-size veggie, with its patterned light green skin and white starchy flesh, was introduced to the Caribbean in the 18th century by the infamous Capt. Bligh. Peel and cook like a potato: boil and mash, roast, pan-fry like hash browns, fry into chips or make a sweet breadfruit pudding. One-cup contains 227 calories, plus an adult’s daily requirement for vitamin C. Breadfruit is rich in B-vitamins, potassium and dietary fiber.

Known also as yucca and manioc, this six to 12-inch brown-skinned root boasts a bright white firm flesh. There are two types, sweet and bitter, and they look the same so ask when buying. Sweet cassava can be boiled and eaten like a potato or cut up and added to soups and stews. The bitter type has a high amount of poisonous cyanide, so it has to be processed into something like cassava meal before consumption. A 1 cup (1/2 of a medium-sized root) serving provides 330 calories, plus B-vitamins, vitamin C and potassium.

Think squash when considering how to cook this pear-shaped light-green veggie that also goes by the name christophine, cho-cho and mirliton. Its crisp bland flavor is a perfect backdrop for spicy ingredients like a casserole topped with sharp cheddar, halved and filled with a peppery beef mixture, or chopped up and added to a garlicky chicken soup. One whole veggie has only 39 calories, plus a number of nutrients like vitamin C, folate, zinc, copper and manganese.

Also called eddoe and taro, this big gnarly brown root with creamy white flesh has a flavour best described as a cross between a russet potato and Jerusalem artichoke. Cook it well before eating to drive off the calcium oxalate crystals that can irritate the lips, throat and stomach lining. Boil and serve with fish or stewed saltfish, add to hearty soups and stews, escallop like potatoes, or boil, then stir-fry with red peppers and green herbs as a side dish. Each 1-cup serving provides 116 calories, and nearly 1/5 of an adult’s daily recommended dietary fiber.

Compared to the smaller, blacker, Hass variety, the Caribbean avocado is larger with a light green shiny skin with up to 30% less fat and calories on a slice per slice basis. The higher water content in the Caribbean fruit makes it milder in taste. Slice and add uncooked to salads and sandwiches, make guacamole, or cut in half, remove the pit and stuff either with a hot spicy meat or cool seafood salad filling. A 1-ounce slice serves up 34 calories. It’s also a fair source of vitamin E.

These range from familiar spinach, collard and mustard greens to strange-named greens like papalolo, whitie Mary, pusley, bata-bata and bower, to the greens that grow atop root vegetables like dasheen. Many are used to make a green soupy stew called kallaloo or callaloo. Boil, steam or sauté, or stir-fry with olive oil, crushed garlic and a dash of black pepper. Leafy greens average 10 to 15 calories per 1-cup fresh. They are super healthy and rich in vitamins A, C and K, plus dietary fiber.

Scotch Bonnets, golf-ball sized peppers that range in yellow, orange and red colors, are hot, hot, hot and what puts the fire in jerk seasoning. They can substitute for serrano, jalapenos and habaneros in recipes. Use to make hot sauce, cook with fish, spike stews, mix in meatloaf and add to stir-fries, peas and rice and curried dishes. Each pepper provides 18 calories, plus over 100% of an adult’s daily vitamin C requirement.

They may look like an oversized banana, but don’t eat them raw. Plantains need to be cooked. Cook by boiling, baking or frying when unripe and green skinned and serve as a side dish with meats, poultry and fish or added to soups and stews. Mofongo is made of cooked green plantains mashed with garlic, olive oil and pork rinds. Ripe plantains are sweet. Tostones are twice-fried green plantains. The blacker the skin the better for slicing and baking in the oven with cinnamon sugar and served with ice cream. One medium-sized plantain has 218 calories. It’s rich in vitamins A and C and potassium.

Similar in flavor to butternut and Hubbard variety winter squash, the West Indian pumpkin or calabaza is basketball sized with a green and tan striped exterior and neon orange flesh. Slice and bake in the oven with butter and cinnamon sugar, boil and puree to add creaminess to beef or poultry soups, or cut in bite-sized chunks and cook with seasonings such as onion, garlic and bell pepper in steamed long-grain white rice. One-cup of cubes contains nearly twice the daily requirement for vitamin A with only 30 calories.

This popular ‘ground provision’, also called malanga or yautia, is a rough brown-skinned root with a whitish-pink nutty-tasting flesh that is best boiled and mashed. Season with salt and pepper, garlic and fresh chives. Add butter and Parmesan cheese. Shred the uncooked peeled flesh, mixed with chopped scallions, season with salt and pepper and, using a tablespoon, drop in a hot skillet to make fritters. There are 298 calories in an average root. It’s full of vitamin C, B-vitamins and minerals like magnesium, zinc and iron.