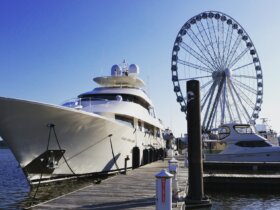 Should you Join a Cruising Rally? Sailing in company likely dates to the age of the ancient mariner. More recently, the World Cruising Club (WCC) in Cowes, UK, founded by global navigator Jimmy Cornell, started its transatlantic Atlantic Rally for Cruisers (ARC) to the Caribbean in 1986. Four years later, Steve Black, began the Caribbean 1500, which departed from the U.S. en route to the Caribbean. The WCC now runs this event and it’s called the ARC Caribbean 1500. In the U.S. Hank Schmitt, founder of NY-based crew service, Offshore Passage Opportunities, started his North American Rally to the Caribbean (NARC) in 1999. The latest is the Salty Dawg Fall Rally, organized by the Salty Dawg Sailing Association (SDSA) and first sailed in 2011. The WCC and SDSA now run a number of other events, including spring rallies from the Caribbean to northern climes, as well as circumnavigations as in the case of the WCC’s World ARC.

The popularity of rallies has certainly grown and so has participant demographics. For example, there’s everything from couples with young children to retirees, crews of professionals to family and friends, yachts from just over 30- to over 100-feet, monohulls to more recently multihulls, and in the case of this year’s ARC, over 30 countries represented.

So, why join a cruising rally to sail to the Caribbean?

For many, it’s this: “Heading down South to the Caribbean in the fall, there is a small window after hurricane season for this passage and the weather is often volatile. A rally, especially for the first time, is highly recommended,” says Ruud Bosman, who with wife Laurie have sailed their Hylas 54, Blue Pearl, to the Caribbean six times, twice with the Salty Dawgs, twice with the ARC Caribbean 1500 and twice solo. 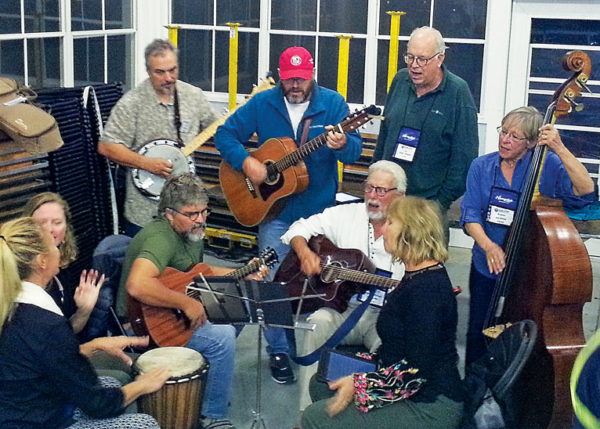 Safety. “All the rallies we are familiar with are very good at providing ‘Safety at Sea’ information and advice, including training sessions, safety demonstrations, passage and weather routing; a definite advantage and very necessary. The ARC Rallies, for example, have specific rules for safety equipment and practices and provide safety inspections which we have found to be very helpful,” says Blue Pearl’s Bosman.

Underway, twice daily check-ins and chats over the SSB with other rally participants is beneficial, according to Charles Cunningham, who with wife Gretchen have sailed their Hylas 54, Agua Dulce, in six ARC Caribbean 1500 rallies and who will return to the Caribbean this fall on the ARC. “During these chats, you are able to locate the position of other boats, get localized weather reports and ask advice from fellow sailors regarding any boat issues which have arisen, plus see who is catching fish and what lures they are using.”

A-Z Information. After joining the rally, ARC skippers are provided with a comprehensive Rally Handbook providing detailed information for planning their voyage, covering a multitude of items from equipment advice to planning provisioning, according to Jeremy Wyatt, the WCC’s communications director.

“We looked forward to attending the numerous seminars about various subjects regarding boating and the crossing including safety, how to set a watch schedule, provisioning, cooking and medical issues,” says Agua Dulce’s Cunningham.

Also, Brian Stork, who with wife Shelly, sailed their Hylas 49, Aria, to the Caribbean with the SDSA’s Fall Rally, says, “many skippers were there who had sailed this passage before and were happy to give advice and answer questions.”

Old Salts love to mentor, says Tom Saxe, the SDSA’s director of rally management, who makes the point that rallies are not only for first-time Caribbean passage makers. “A rally is the perfect venue for sharing ‘there I was’ stories.”

Travel Planning. To me, says Lynn Hoenke, who with husband Mark, have sailed their Camper Nicholson 58, Roxy, in the SDSA Fall Rally, “the big plus to any rally is the pre-planning is done for you. The destinations are well thought out and researched and activities planned.”

For example, says Agua Dulce’s Cunningham, “arrangements and often discounts with marinas at the beginning and end of the rally and clearance assistance at both ends are provided by organizers.”

Social Life. The 150 new best friends were a social aspect of rallying the Roxy’s Hoenke’s enjoyed. “We are very social people and having gatherings before and long after the rally is great for us. However, we saw that if you aren’t a party person you are never obligated to attend anything.”

What Agua Dulce’s Cunningham’s didn’t realize, but what turned out to be the best part of all, according to Charles, “was that we made lifelong sailing friends that we continued to see on our travels throughout the Caribbean, the U.S. and even in the Mediterranean.”

Hoenke agrees and adds, “Fly your rally burgee and someone will stop by and say hello.”

Cost. Some tend to shy away from rallies due to the expense. Some rallies, like the ARC, have a fee to enter. Others like the NARC and Salty Dawg are free to enter, but there are fees, for example, for group meals and association membership.

However, “The Salty Dawg Rally is very inexpensive and with all the special pricing and nearly free events, it more than pays back on the few hundred to do the rally itself,” says Robert Osborn, Jr., who with his wife Branda have rallied extensively from U.S. East Coast and Eastern Caribbean aboard their 47-foot Aerodyne, Pandora.

On the other hand, “Some people think the coast of a rally is a disadvantage, but we feel like the benefits received far outweigh the cost,” says Agua Dulce’s Cunningham, of the ARC and ARC Caribbean 1500 rallies.

Need to Stay with the Group. All rallies agree, skippers can leave when they wish and we do not force anyone to depart on a given day, says the NARC’s Schmitt. “Even though we hire a very reputable weather service, the same as the WCC uses for their events, many skippers also subscribe or use other services and sometimes they conflict or encourage debate.”

Yet, says Blue Pearl’s Bosman, whether it be pre- or post-rally events or when and where to rally, “if charting your own course and setting your own schedule is important to you, don’t join a rally.”