My Theory of Righteousness, Perseverance, and Good Karma 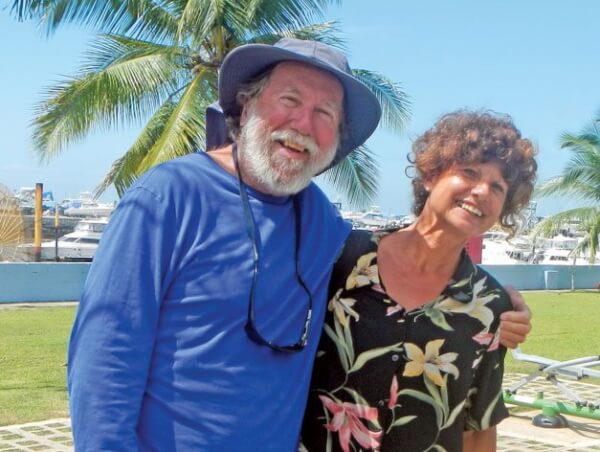 If your dreams are huge and your bank account tiny, you have to think out of the box. Sometimes, of course, I think a tad too far out of the box — and end up in a place where I can’t even see the frigg’n box — but hey, that’s life in the experimental lane.

I like the road less traveled. I’m a misfit and proud of it. Perhaps that’s why I like the Caribbean so much — because it is still a “sunny place for shady people.” There’s a gentleman named Barefoot Davis on St. Thomas who’s been serenely walking the streets of Red Hook with his guitar for years. Amazing, eh?

The problem is, as I see it, money makes the world go ‘round. Since I was born poor and have spent most of my life bobbing offshore amid the flotsam and jetsam of Western culture, I tend to be more… well, more full of shet (sp) than money.

Not many men will admit to such a thing.

Still, a golden tongue is worth something — even if it isn’t attached to a brain.

The key, I think, is to be goal-oriented. I’ve always wanted to go to sea, so I’ve spent a lot of time offshore, off the grid, off-kilter, and off my rocker. It has been a crazy, daft life, but a fun one.

At 15 years old, while saving up my money to 1) buy a car; 2) go to California, and; 3) act worse than Jim Morrison and the Doors, I purchased my first offshore vessel for $200. The Corina was a William Atkins Eric Junior design, 25 feet LOA, and built in 1932 of Port Oxford cedar. She needed some work, to put it mildly. She had no rig and her engine didn’t run. All her metal bits were gone. She’d been used as a gang hang out (this was in Chicago) and the F-word was spray painted inside her in numerous places. A fire, probably for warmth, had been started in her head. Someone had shat in the bilge, repeatedly.

The moment I saw her, I fell in love. “Perfect!” I cried.

The guy who owned her had taken her in lieu of a bad debt—and he wanted too much money for her. I convinced his girlfriend, Lynn Orloff-Jones, that he should sell the boat to me. Lyn could be quite a nag (and quite stingy with her charms), bless her heart!

I didn’t know a lot about engines at the time, so I purchased an identical ‘parts’ engine for $50, dissembled both, and put one back together by holding up the twin parts and seeing which one looked better.

Meanwhile, a fellow stopped down to my vessel — and told me where the mast was stored by a previous previous owner. (The guy I purchased her from had no idea there was a rig for her at all.)

Of course, I was still totally broke — when by chance a large corporation “spilled” thousands of tons of soy oil into the Chicago River. The Army Corp of Engineers was forced to build a dam just aft of my vessel, which was left floating in tarry goop and looked completely worthless.

Anyway, lawyers for the corporation came down with cameras, reporters… and one of those large checks they give you when they want to make an ‘aren’t we nice’ PR splash.

I hauled out—and Corina gleamed as I left Chicago at 16 years of age with a gorgeous boat, stout rig, purring engine… and bulging pockets.

This is when I developed my Righteous Cause theory.  I know, I know… it already sounds nuts and stupid and sophomoric — and all the goofy things I am — but this theory has governed everything I’ve done since.

It is a very simple theory: if you do something with great passion, people will help. Why? I am not sure. However, I suspect that each of us has great passion for something — and is afraid to attempt to pull it off. We’re cautious; perhaps even cowardly. But when we see someone who has thrown all caution and common sense to the wind in pursuit of something they care deeply about, we have to smile, shake our heads in disbelief, and ask, “How can I help?”

The Corina seemed magical. She was like a flying carpet straight towards fun, freedom, and adventure. She was like Aladdin’s Lamp, and all I had to do was wish.

Of course, God helps those who help themselves.

When I returned to Chicago to prepare to sail to the Caribbean, I needed a car to schlep all my stuff around. But not only did I not have a car, I couldn’t even afford gas.

So I marched into the Yellow Cab Company and signed up as a driver. They gave me a brand new Marathon cab brimming with gasoline — and if my fares didn’t mind sitting atop a pile of boat bits — they were welcome to ride along as well!

This was in the mid 60’s, a rather holy time in terms of… er, mental exploration. Coincidentally, it was also a Census year. I discovered that, if you signed up as a Census Taker, your little pouch could not be searched without a search warrant, to protect the identity of John Q. Public. Now I was really, really happy — fixing up my own yacht, tooling around the Loop in my own gas-guzzler, completely safe from the prying eyes of The Man… oh, how I loved the 1960’s! The protests, the riots, those crazy hippie chicks… YES!

As fate would have it, someone in the payroll department of the Census also made a boo-boo, and allowed the wrong Social Security number to be entered onto my pay request.

The Feds started spitting me out money every week — so much money, I turned in my cab and set off down the Mississippi River with a sexy Italian chick named Carolyn (Eventually, I plea-bargained down to mere repayment, but what Freaky Fed Fun while it lasted!).

Yes, the Theory of Righteousness was proving itself to be amazingly accurate. It has continued to be so for the following four decades plus.

When I decided at 19 years of age to build my 36-foot ketch Carlotta, a buyer for Corina magically appeared. I purchased a stout 1950 Chevy with a portion of the proceeds — which I ultimately traded in Boston for a nice truck and four times what I paid!

In Boston I had difficulty finding a place where I could build my boat. So instead, I rented (with a few like-minded Wonderful Waterfront Wackos) a huge warehouse at B Street & Congress. We split it six ways and sub-let out other sections. There were many months where we turned a small profit on that arrangement.

Ditto, our living space. I rented a large, two-flat house at 131 Evans Street in Dorchester and crammed it with college kids and worse. Mostly, we lived rent-free.

Part of the trick is to be friendly. Friends are extremely nice things to have, especially when you have a huge, distant goal and empty pockets. The local fire department started giving me all their condemned and discarded spruce ladders, clear spruce poles, and all the cordage they could, even delivering it via hook and ladder! A guy named Leo from ATT said that Alexander Graham was shy, but that he wanted me to have all the electrical wire, etc., I needed. Thank you, Al!

There was a terrible wind storm and hundreds of billboards were blown down all over the Boston area. Clean up was slow. I assisted. All the waterproof plywood on Carlotta came from these billboards — inside the galley drawers, the giant eye of the Marlboro Man stared at you eerily!

Fisherman started dropping off any ‘yacht crap’ that they couldn’t use on their vessels. A boat which hit Matinicus Rock in Maine was stripped by its owner — and every single bit of metal was trucked down to Boston as a gift.

The story of Wild Card—which I purchased for $3,000 and sailed around the world twice, is even more unbelievable. I ultimately sold her to a male stripper with a jock strap bulging with cash!

And my current vessel Ganesh is just as charmed. I purchased her knowing she would need repowering. Of course, I’d just spent my life savings on the boat, so my pockets were once again empty. But a guy who had a brand new diesel engine called me and said he’d give it to me at his cost.

“I think I know where I can get you an old trany,” he mused thoughtfully, then said, “all you’d have to do is pick it up and…”

“…I’ll loan you a truck with a hoist,” he said, gritting his teeth a bit.

“…we’d be out of communication,” I yawned.

“Naw,” I continued, “our boat would be all tore up belowdecks and we’d be so busy driving around for the trany and stuff… that we’d forget to maintain proper nutrition.”

“You can come to our place every night for dinner — we’ll feed you and Carolyn … do you prefer filet or fresh salmon, air-freighted in?”

“Okay! Okay!” he was shouting. “You win! Bring whomever! Just say yes!”