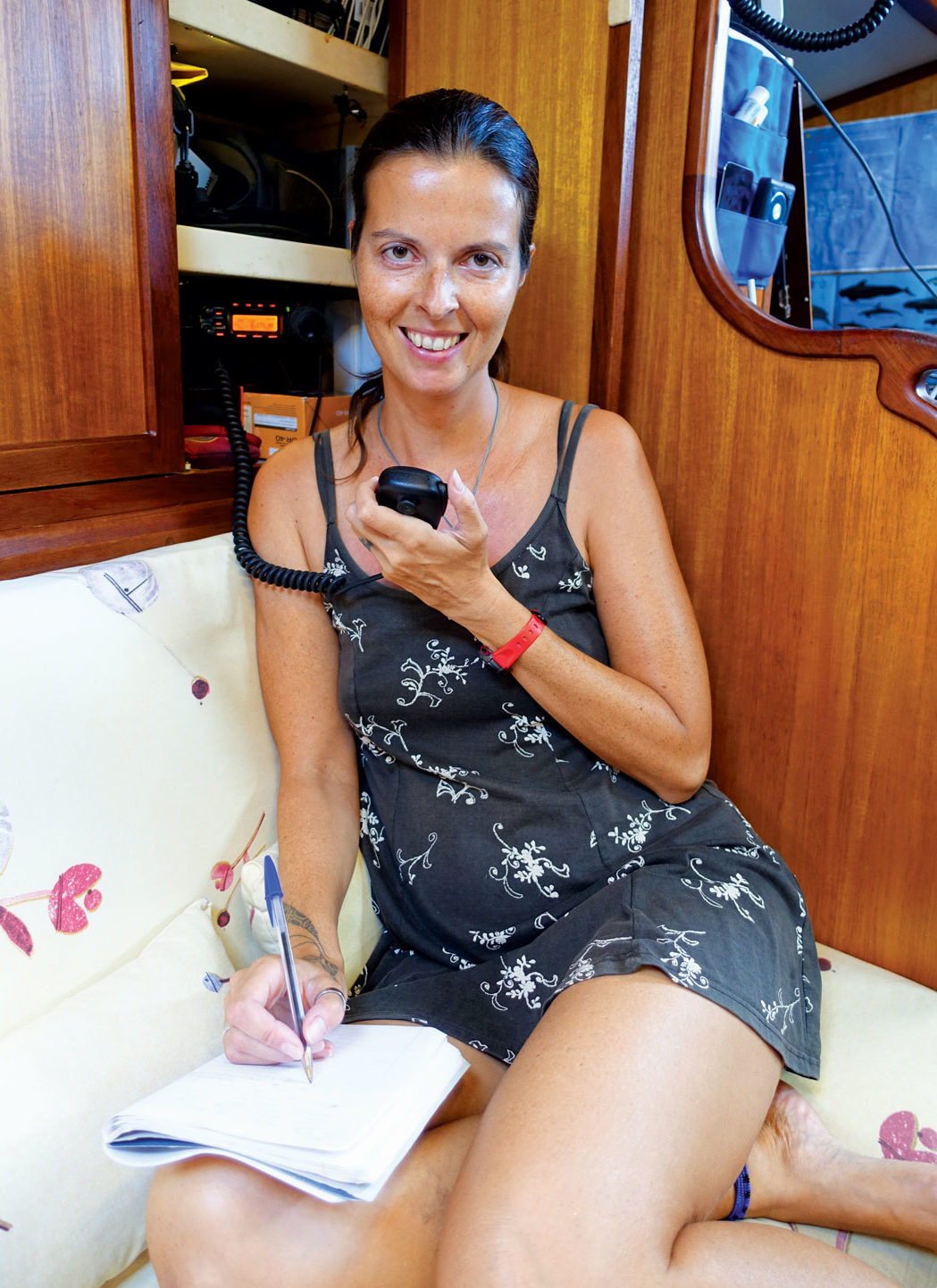 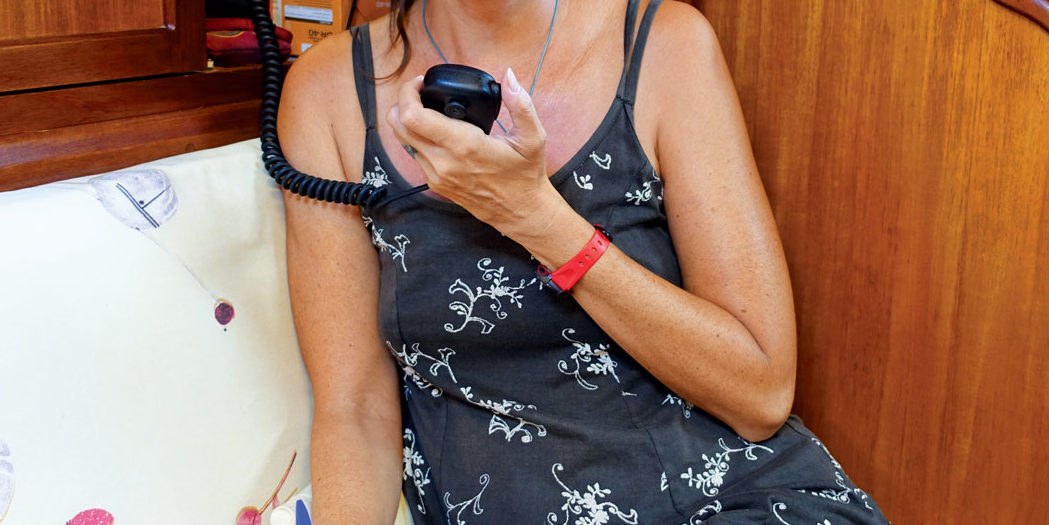 Communication technology has developed at an unprecedented speed over the past few years. As cruisers who spend most of the year cruising in areas without internet connection, we have no chance to keep up with twitter, instagram, whatsapp and co. What we use instead to keep connected is a gadget that seems in comparison like technology from the age of dinosaurs: the good old SSB radio.

Many cruisers nowadays use satellite phones to get their weather forecasts and to write and receive emails. Such services are quite pricey, so we would rather use our SSB radio in combination with a pactor modem for our daily communication needs. SSB facilitates worldwide email service either via Winlink (network of HAM stations, license required) or the SailMail network (marine radio frequencies, 275 USD per account/year, no HAM license necessary). These services provide cruisers on passage or in remote anchorages with a link to the outer world. You call a station via pactor modem, the station is connected to the Internet and sends on your emails (text only). Saildocs provides a great service: Via email you request weather forecasts or any website (text only). We receive weather forecasts as text bulletins and grib files, but it’s even possible to access ordinary email accounts (e.g. Yahoo or Google), read RSS news feeds and post blog entries including position reports during passages.

SSB radio nets used to be popular with sailors in former decades and most cruising areas had their local networks, but they have become rare. We run a SSB net for cruisers in the South Pacific and our impression is that this net still performs a valuable function. Many crews check in with position reports while under way. The knowledge that a net controller has noted their current position gives crews a certain sense of safety, but for this alone an AIS transceiver or any other position reporting service would suffice as well. What these services can’t do is give first hand info about destinations. Quite often another net participant has already arrived and can report on the availability of moorings, give recommendations about anchorages or check-in procedures. Other cruisers might be able to share insights and experiences from previous visits. Many of our volunteer net controllers have spent several years in this area and are valuable sources of information for local attractions, services and events.

Most of our check-ins are from crew in and around French Polynesia, so we were quite surprised when we heard a faint woman’s voice informing us that she was underway from New Zealand to Canada. As she drew nearer we learned more and more about this single-handing woman who was braving 4 m waves off the Austral Islands, while everybody else within earshot was sitting out the unusually rough weather in safe bays and harbors. We were already amazed when we heard that Jeanne Socrates (SV Nereida) was on the last leg of a non-stop solo circumnavigation, but our admiration grew even more, when she casually let slip that she would be the oldest person to have achieved such a feat after her arrival in British Columbia. No matter if she was out in 30 knots and confused high seas, or rolling around becalmed while trying to mend her mainsail, Jeanne always sounded on top of things, reporting with a tone of cheerful understatement. Jeanne had checked in on various SSB nets around the globe and made it quite clear how important these daily chats were to keep up her spirits as a single-hander.

The PolyMagNet always starts with a call for medical, emergency or other priority traffic—a question that is usually answered by reassuring silence. Last August this silence was broken by a vessel underway between the Cook Islands and Niue. They were taking on water, three bilge pumps were keeping the water level under control, but they could not find the leak—a desperate situation for a sailboat out on the Pacific with another 300 nm to go to the next island. While they were sailing on trying to reach port, we alerted the coastguard about their situation and informed the Yacht Club in Niue to prepare for their arrival. Once arrived they fixed their leak and could not thank the net controllers enough for their relays, but also for holding up their morale—just being able to talk to someone had helped tremendously.

Three weeks later a PolyMagNet crew limped into Tahiti without use of their engine and were greeted by a fleet of dinghies to help them into the pass and on to a safe anchorage.

Even if you’re not single-handing or having an emergency it’s just nice to keep in touch with other cruisers and hear their reports from far-away places. It’s always fun to finally meet crews you only knew from the radio in an anchorage and to put faces to voices. Let’s hope that cruisers keep on checking into SSB networks and keep this old-fashioned, but friendly institution alive!

Infobox PolyMagNet: The PolyMagNet is a volunteer-run SSB net in the area of French Polynesia and beyond that operates twice daily on 8173 kHz at 18:00 and 04:00 UTC. We provide position reporting for vessels underway and a platform to keep cruisers informed and connected.