The 19th Annual NARC (North American Rally to the Caribbean).

Breaking NEWS: In addition to the Newport departure there will be a departure date and fleet departing from the Chesapeake Bay.  Little Creek – Bermuda – St. Maarten. Oct 27th.

The 19th Annual North American Rally to the Caribbean (NARC) departs Saturday October 27th 2018 from Newport RI (or best weather window after that date.) First organized in 2000, the NARC Rally went not-for-profit in 2010. Not for profit meaning free since 2010.  Organizer of the NARC Rally, Hank Schmitt, sees no reason to profit from the annual migration of boats heading south from the US East Coast.  Rather, his goal is to encourage boats that are heading south to join together for the socials anddiscounts. There is also the relative safety of knowing that others in the fleet are out there.

Last year Hank Schmitt organized the “Rally to the Cup” from several East Coast ports to Bermuda for the 35th America’s Cup.  It went well with 30 boats arriving at the same time after departing from several ports, (Newport, NY, Chesapeake Bay and Charleston SC). Schmitt adds, “The Salty Dawg Rally demonstrated that you could offer multiple departure points for a rally, so we decided to offer a 2nd departure point for the NARC Rally. Boats are invited to depart from the Chesapeake Bay to join the NARC Rally in Bermuda and sail south to St. Maarten with the main fleet departing from Newport”. They will depart from Little Creek VA, just inside the south tunnel/bridge. They would leave about the same time as the Newport fleet on a good weather window. Since the fleet will be departing from much closer to the mouth of the bay they can get a full day of daylight for the crew to get settled in. Other rallies start miles up the bay and even upriver. They lose hours of daylight the first day. This does not sound like a big deal, but is if you are the one losing the daylight time under way when it gets dark early. 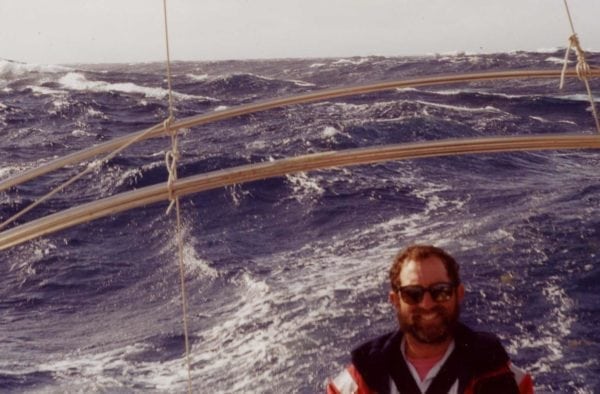 The distance from Newport and the Chesapeake Bay to Bermuda is about the same. Another advantage of making a stop in Bermuda is that you can get a pretty reliable four to five day weather window, which is how long it will take to sail to Bermuda, but it is hard to get an accurate seven to nine day weather window which is what the direct route from the Chesapeake to the Caribbean will take most boats not motoring at 6 1/2 to 7 knots.” The only big advantage to the southern departure point is you will be across the Gulf Stream by the end of the first 24 hours so can plan a sprint across to get that”monkey” off your back early on.  Past experience proved even that strategy is not foolproof.

All seaworthy boats are welcome to begin gathering the last week in October at the Newport Yachting Center in Newport RI. The Newport Yachting Center has been the NARC Rally host from the start and offers a deep discount for the week prior to departure Boats can be dockside and get ready for the passage the day before or you can bring the boat to Newport the weekend before. The Newport rally is geared more towards larger boats and pro crewed boats and experienced skippers. It could also be opened to boat owners and crew who can convince us they are capable of making this trip.  Smaller boats and less experienced skippers are encouraged to depart with the NARC plus fleet departing from Little Creek Virginia and can meet us in Bermuda. If you are living aboard your boat you may not want to linger north iton October.  It makes sense to start sailing south and depart from the Chesapeake Bay after stopping in Annapolis for the boat show. The sailing angle will not be as good, but you will start in warmer conditions.And you will get that “Big Bad Gulf Stream” behind you quickly! 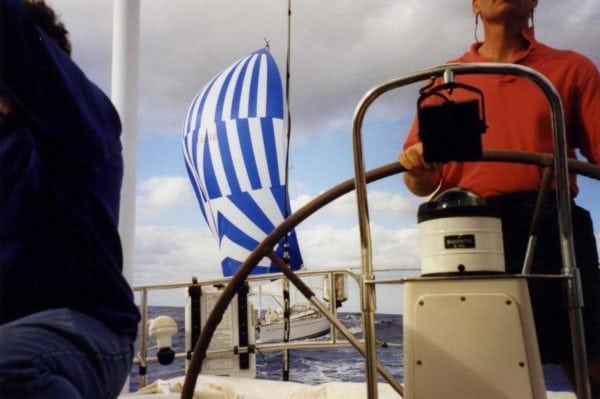 All three East Coast rallies are rebuilding their fleets after the devastating storm season that ravaged some of the popular winter destination in the Caribbean last fall. Our official final destination is IGY Marina St. Maarten inside the lagoon on the Dutch side. The large Ilse De sol Marina was mostly back in business for the last season. The sister marina in the lagoon for smaller boats is losing its’ outermost “A” dock, but the dock master says they will be open for business by the fleet’s arrival in November and ready to welcome us. St. Maarten is our first choice for final destination since they have the best marine services in the Caribbean. They also offer more flights back home since they have a big airport near the marina and the best provisioning in the Caribbean to stock up. If you wish to finish on another island you DO NOT have to go to St. Maarten and can sail directly to another island.

“If you are sailing from New England or the Middle Atlantic States, there is a lobby thatsays it makes more sense to depart from Newport in the fall and make a stop in Bermuda. It is 200 miles further east than Chesapeake Bay” says Hank Schmitt founder of the NARC Rally who has sailed with the fleet every year. “God put Bermuda there for sailors heading north and south and it is a sin not to stop”. There is a saying for boats that start further south; “Sail East until the butter melts and then head South”, Schmitt explains.The trade winds blow from the east to southeast starting just below Bermuda, so when sailing from the East Coast you would pick a way-point just below Bermuda and then turn south (When that butter melts because it is hot from the trade winds) and hopefully hold a beam reach all the way down to the Caribbean. Back in the “sail only” days you could not fill your deck with jerry cans and motor sail your way upwind from the Bay Area to the BVI. If you want to sail to the Caribbean you should steer towards Bermuda. Since you are so close to Bermuda, why not stop in for a visit”. 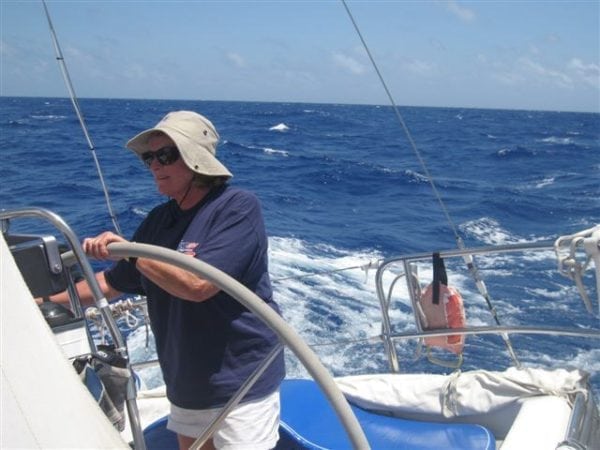 The NARC Rally traditionally attracts more professionally crewed yachts. Experienced private boats owners are welcome to join. If you are not sure please get in touch with us and we will be happy to help you decide which is the smart option for your specific situation. The rally started as a venue to move the Swan Charter fleet south and has morphed into an annual rally for boats making this pilgrimage. OPO also offers a crew networking service. The OPO crew network is free to boat owners and OPO is happy to help boat owners in any rally get crew. Crew volunteer to sail for free and pay their own way to and from the boat.  Contact us and we will help you make a crew request. Sailors who do not have a boat can sign aboard a Swan with a pro skipper and sail south with the fleet. The Swan Program is an excellent opportunity to sail on a great boat with a pro skipper and experience the sail of a lifetime. 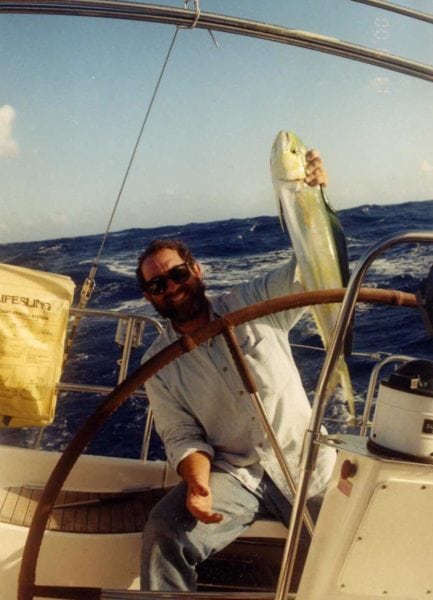 MORE BREAKING NEWS: Join us sailing north in May. In the spring we sail north the first weekend in May so we can be back in the US by the Memorial Day holiday. Any boats are welcome to depart with us from St. Maarten and make a stop in Bermuda and then clear customs in Newport or Little Creek Virginia. Just like in the fall, there is no fee for this “rally”.   We can help get free crew to sail with you and we can help with docking in Bermuda and with clearing in instructions for the USA. The Salty Dawg Rally departs two weeks later and gets back to the US after the Holiday. The ARC USA costs a lot of money for two weeks.

Weather routing is presented by WRI (Weather Routing Inc.).  David Cannon has been our go-to-man for weather for the last 4 years. In Bermuda we will be hosted by the St. Georges Dinghy & Sports Club. The Head Tax is waived for Rally participants. You can choose to dock at the Club which has water and electricity or be in town or anchor out for free.