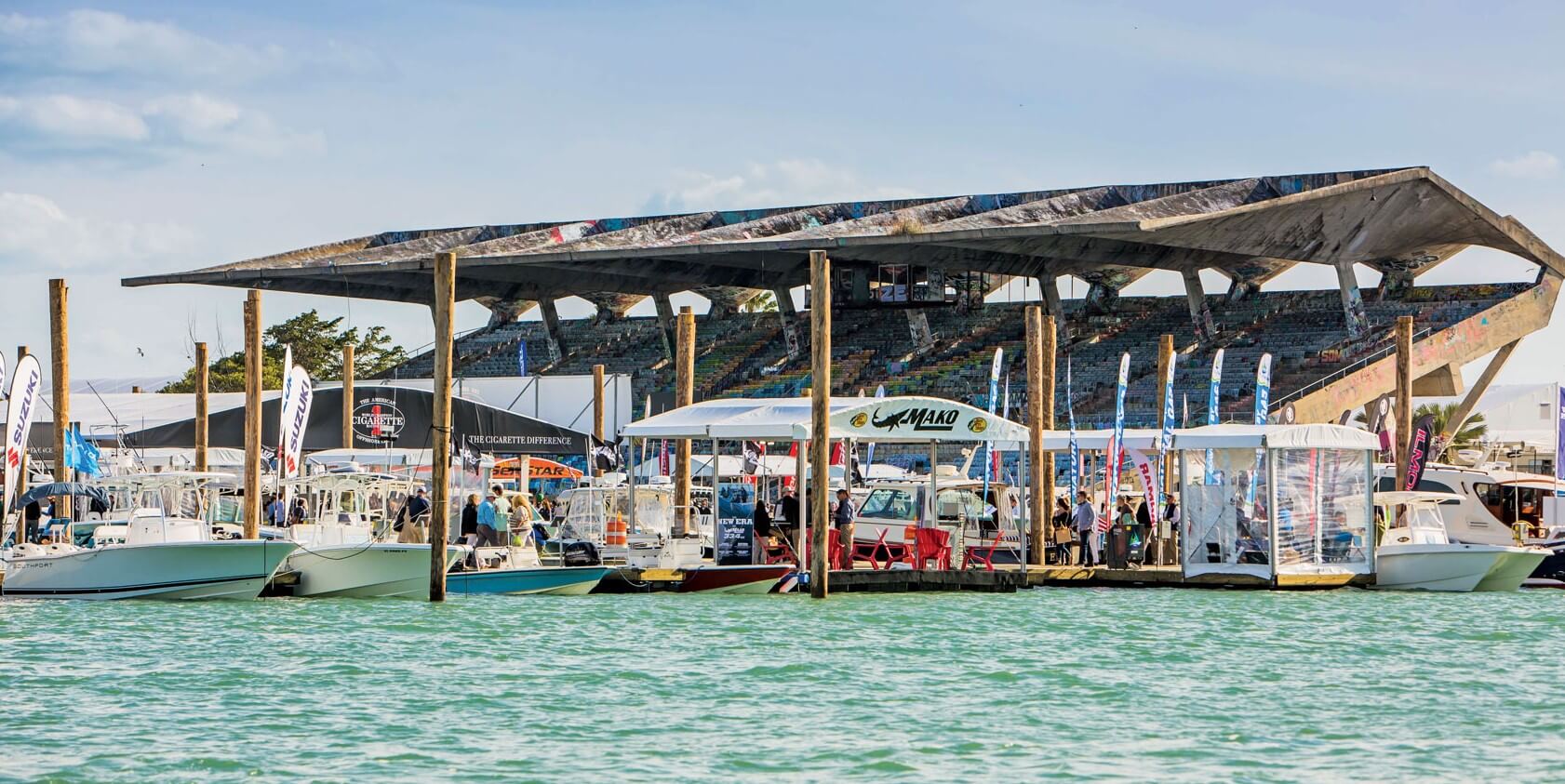 Miami Boat Show by the Numbers
Miami — The 2016 Progressive® Insurance Miami International Boat Show® celebrated its 75th anniversary at its new home at the Miami Marine Stadium Park and Basin, Presidents Day Weekend. With 100,279 attendees, up by four percent over the 2015 show, exhibitors reported strong sales, with many reporting increases from 20% to 400%. Initial data indicate the 2016 event will likely meet or exceed its $597 million economic impact from previous years.

“The Miami International Boat Show was a resounding success for exhibitors, attendees, and South Florida. Miami Marine Stadium Park and Basin proved to be the ideal location for the best boat show we have hosted to date,” said Thom Dammrich, president of the National Marine Manufacturers Association (NMMA), the organizers of the Boat Show.

The show’s comprehensive transportation plan proved effective, with an estimated 80 percent of show attendees parking at designated off site locations and arriving via shuttle bus or water taxi. While long waits were reported for water taxis and shuttle buses, improvements were made each day to keep them flowing more smoothly, making clear what steps the boat show must take to significantly reduce or eliminate long wait times for next year.

The show also sparked momentum for restoration of the historic Miami Marine Stadium. The National Trust for Historic Preservation, Dade Heritage Trust, and non-profit Restore Marine Stadium, Inc. jointly operated an informational booth in front of the historic structure, where they gathered 2,300 signatures in support of the stadium’s restoration.

“We learned a lot this first year at our new home and will be making improvements for 2017—from decreasing taxi and shuttle bus wait times to adding signage and personnel, and tweaking our hospitality offerings—we’ve begun analyzing what worked and what didn’t and will make next year’s show even better,” noted Dammrich.