Secrets of the Acklins Island Group

Time to explore the Acklins Island Group, consisting of three islands in the shape of a triangle surrounding a shallow bank. In the 19th century these islands were prosperous due to cotton plantations developed by Loyalist fleeing the newly formed America.

Crooked Island is the northern island and is a fairly remote sailing destination, but that does not mean there is not a lot to see once you get here. The Landrail Plantation is great example of how prosperous the island was at one point. You will even find the first post office in the Bahamas here.

My favorite place in Acklins is Bird Rock Lighthouse. In fact, this has become my favorite of all lighthouses anywhere. I have never seen this before, but the lighthouse keeper’s quarters were built around the lighthouse as a circular building.

Another great place to visit on Crooked Island is the British gun emplacement. You will have to dinghy or kayak a mile across the salt pond and then hike a quarter of a mile where you will find the remains of the battery and five to seven cannons scattered around. These cannons are in remarkable shape and you can clearly see the various marking on them.

The Abacos – A Calm and Shallow Sea

On the western side, you will find Long Island, which is the smallest island of the group. This was a very prosperous town once, but times have been tough. The best example of this is at the church, where two thirds is in ruins, but the size they need has been kept up and looks beautiful. I found the jail to be of particular interest. It sits in the middle of the compound and has 3-4 cells. 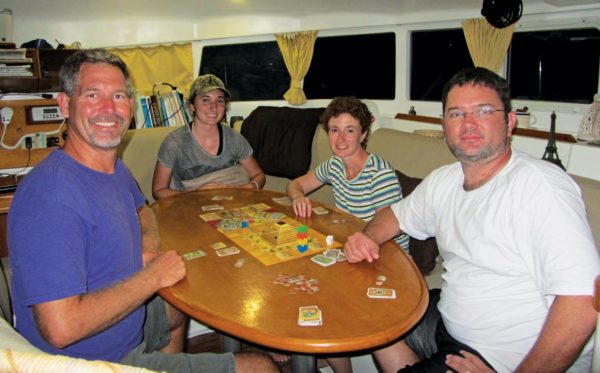 In between Crooked and Long Island is French Wells, a shallow sand flat has a deep-water channel and is a fantastic anchorage. Tradition has it ships filled their fresh water barrels at the well here for the trip back to Europe and you can find some of those boat names carved into some of the rocks around the well.

We are now going to sail across the bight of Acklins in 10 feet or so of water, so we can work our way down Acklin’s Island. Our destination is the small island off the southern tip, called Castle Island.

What Else do Charter Crew do on Vacation 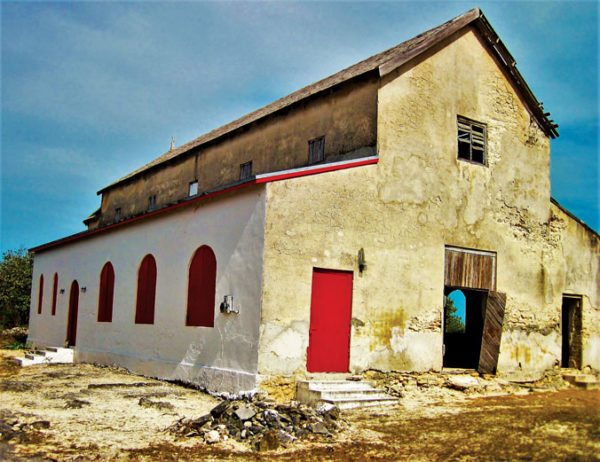 Make sure you visit the lighthouse, which provides a phenomenal view. Just be careful because the stairs are iffy to say the least. This is a great spot to rest before sailing southeast 35 miles to one of the most remote locations in the Bahamas.

Our destination is Hogsty Reef, a place more at home in the Pacific, not the Atlantic. It is a 3×5 mile atoll and the reef is surrounding a lagoon with coral heads. The only island is the size of a sand spit. There are over 600 wrecks here, but most of them have surrendered themselves to the 6000 foot depths surrounding the atoll. There are two sitting atop the reef. The first one has been here a very long time as you can see from the remains. It was a Liberty class ship built during World War 2. The second is more recent and is an inter-island transport named the Lady Eagle. Both are very interesting to explore.