It takes about an hour to cross the St. Lucia Channel, the 21-nautical mile stretch of water that separates the northern end of St. Lucia and southern end of Martinique. Not so by kayak. In fact, it took USA native and Dominica resident, Wes Moses, 6 hours and 59-minute to paddle. Moses, a water sports enthusiast, isn’t the first to accomplish this feat. Since 1978, a single kayaker and two teams of double kayakers have paddled the channel as part of much longer Caribbean-long expeditions. Moses, however, is the first and only person to solo cross specifically this channel as documented by the St. Lucia Channel Association, which launched its inaugural swim event last year. With his newfound notoriety, Moses hopes to make sea kayaking in the Caribbean as popular as other watersports such as sailing, sportfishing and scuba diving. 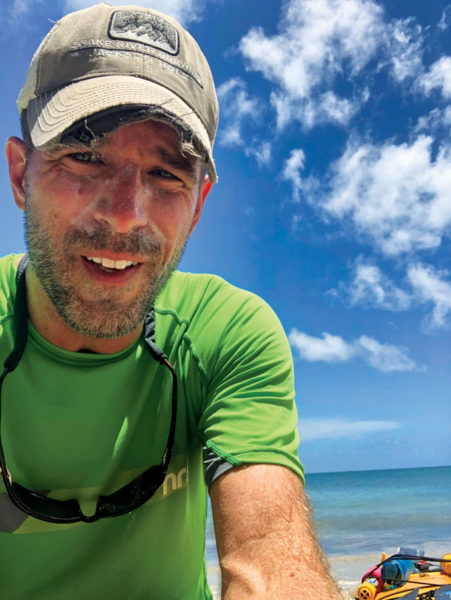 “I first moved to the Caribbean in 1997 as a Peace Corps Volunteer in Jamaica where I served in Trelawny working with the youth in the community. My love of water sports started with swimming and then sailing. This was followed by open water swimming, freediving and sea kayaking,” says Moses, who now owns a guesthouse in Soufriere.

The idea for his marine feat started last May when Moses paddled next to Molly Nance as support during the first few hours of Nance’s successful swim across the same channel. A subsequent back injury prevented him from attempting the long-distance paddle last year. Instead, Moses set his sights on kayaking the channel as part of the 2019 St. Lucia Channel Swim, on July 7, where there was safety and support crew. 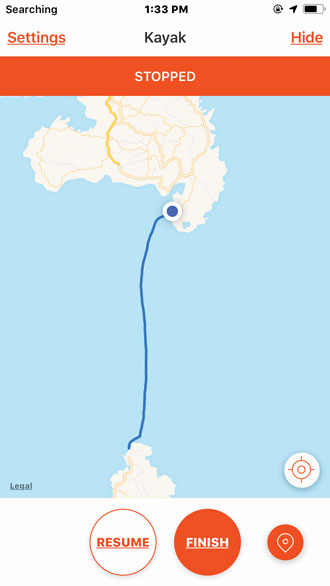 In preparation, DHF Kayaking in St. Lucia provided him with a Wilderness Systems Tempest 170 kayak and lent him two carbon fiber paddles for the long crossing. On the small deck, Moses placed essentials like 6 liters of water, a waterproof GPS, paddle float, bilge pump and snacks in a waterproof bag. Inside the kayak was more food, additional water, clean clothes, another VHF radio, first aid kit, bilge pump, and spare waterproof bags. Finally, and most importantly, he wore a life jacket and this he equipped with a VHF Radio, cell phone, knife and energy bars. 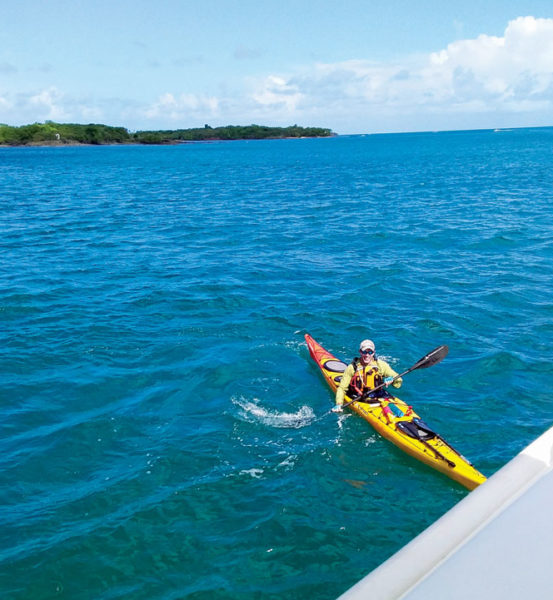 “I felt strong and confident the majority of the crossing until the last two and a half hours. The wind was wrapping around Martinique and meeting me head on as I approached the designated landing zone.  It slowed my forward progress significantly. It was demoralizing at times. Using land markers, I was able to determine forward movement despite how slow it was. In hindsight, I would have left earlier to beat the winds building up throughout the day and I would have paddled further east along the St Lucian coast before heading north,” he says.

Moses arrived close to Anse Meunier beach in Martinique at 12:30 p.m., after leaving St. Lucia at 5:31 a.m. He was a bit wobbly at first. In fact, his legs gave out the minute he reached land causing his paddle, water bottles and food to fall into the surf. Twenty minutes later, he was back on his feet, gathering up his belongings and shaking the sand out of everything.

“I immediately wanted to let the support team know that I had arrived safely. Unfortunately, my phone would not roam in Martinique despite working in the past. Therefore, I had to borrow a phone from some tourists to send WhatsApp messages which eventually went through. In one respect, it felt like any Sunday afternoon in the Caribbean with reggae and dancehall playing down the beach. In another, how do you explain to people like the tourists that you just paddled over from the island in the distance? It seemed surreal but so real,” he says.

Next up, Moses is planning for a crossing of the 22-nautical mile Martinique Passage, from Dominica to Martinique, as well as a circumnavigation of Dominica.

“My recent crossing and subsequent press will hopefully raise awareness of what can be done in a sea kayak,” he says. “There is so much potential for the expansion of sea kayaking in the Caribbean.”

Tri-Kayak XS-1: A Boat for Every Age