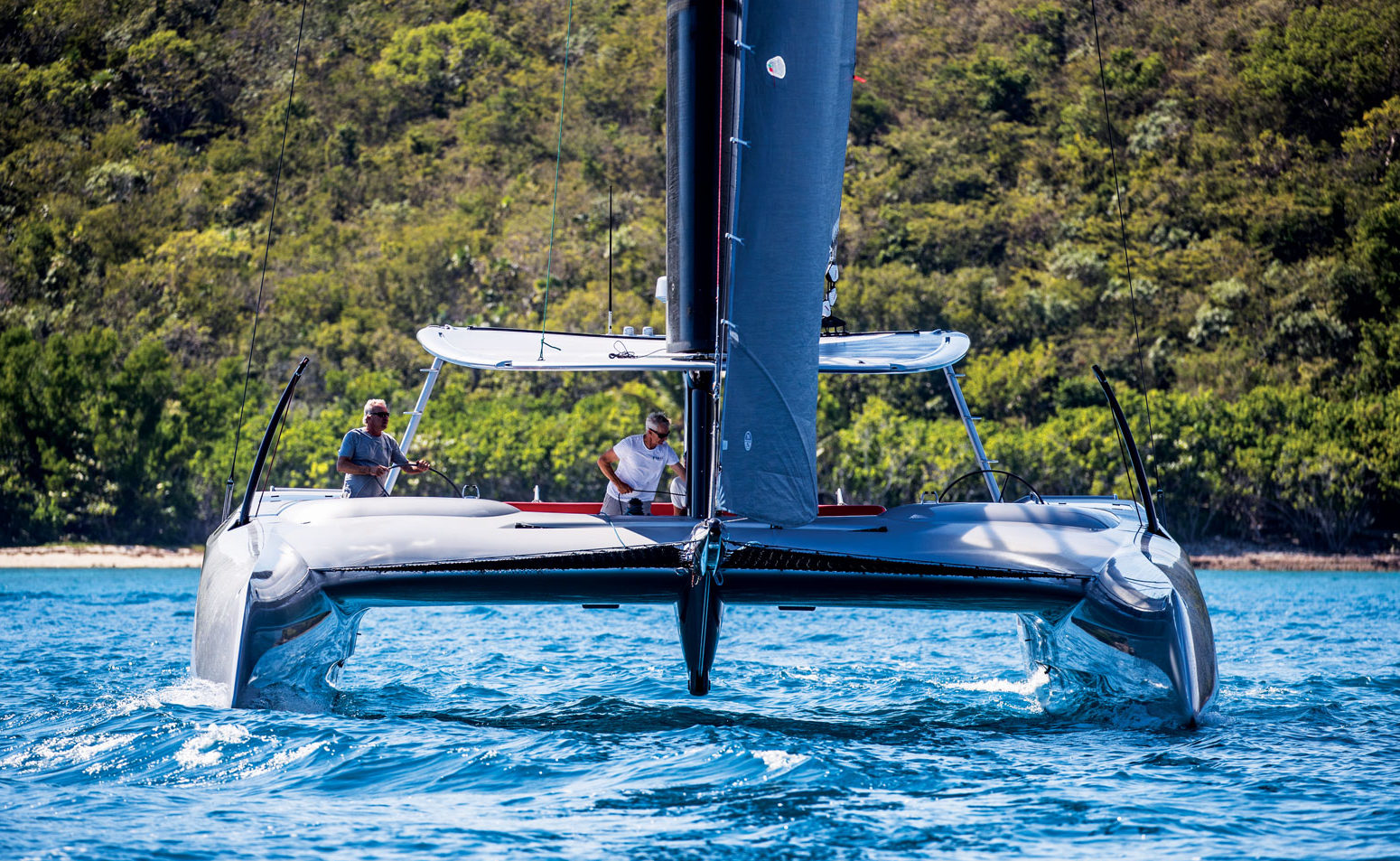 The Eagle Class 53 Has Launched by Fast Forward Composites

The roster filled up almost as soon as registration opened with top sailors from around the world anxiously awaiting the 6th edition of the Saint Barth Cata Cup, a regatta for F18 catamarans that has matured into one of the top nautical events in the Caribbean and on the F18 circuit. With races on November 21-24, the 2013 Cata Cup was one of the best yet.

One of highlights of this year’s event was the presence of Franck Cammas, a seasoned French sailing champion, and his teammate Matthieu Vandame (aboard Hotel Guanahani 2). They were the big winners while Darren Bundock and Jeroen Van Leeuwen (Hotel Guanahani 1) came in second, and brothers Emmanuel and Vincent Boulogne (Allianz Saint-Barth Assurances 1) took third place.

A total of 55 boats, each with two sailors, set out on day one with calm seas and 15 knots of wind. The duo of Bundock and Van Leeuwen, among the favorites in the race, won the first day and took home the Design Affairs Prize.

On the second day Cammas, the official patron of the event, and Vandame found a steady rhythm that was the key to their final victory. This duo was on the winner’s podium every day of the four days of racing, coming in second place on Thursday and Sunday, and third on Saturday, plus winning the Allianz Saint-Barth Assurances Prize on Friday, after winning the first race of the day and finishing third in the second race.

On Saturday (November 23) the RE-MAX Prize went to the Boulogne brothers, also among the serious contenders and F18 world champions in 2004. Bundock and Van Leeuwen, a heavier team, made the best of the weather conditions, winning the Marché U Prize the following day. The stronger waves and winds over 17 knots at times caused various problems, with only 44 of the original 55 boats on the starting line for the second race.

Happy with his win in the Cata Cup, Cammas, skipper of the Groupama maxi trimaran in France, said: “This year I sailed a lot on a Nacra 17, a boat that is similar to the Formula 18. In addition, my teammate Matthieu Vandame is very good on this kind of boat. We were very steady and that helped ensure our victory. We did well with the wind behind us and didn’t do anything stupid … we didn’t break anything or capsize.”