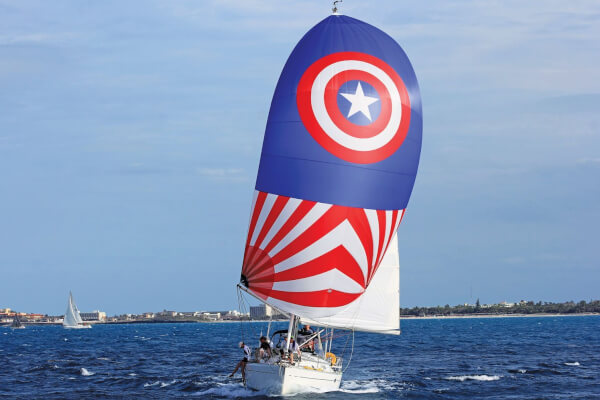 The second annual Conch Republic Cup/Key West Cuba Race Week set for Jan. 22-to Feb. 3 is the only triangle race to Cuba, visiting two ports, Marina Gaviota in Varadero and Marina Hemingway in Havana, and includes the challenging return to Key West. “We include buoy racing in Havana which allows Cuban racers to take part,” said Karen Angle, the event’s executive director. “Also, there is built-in down time to allow the participants to enjoy Cuba in this ‘Cultural Exchange Through Sport.’”

The race starts with a 110-mile race from Key West to Varadero, followed by a 100-mile race from Varadero to Havana. In Havana, the fleet stays at Hemingway International Marina (a co-host of the event with Key West Community Sailing Center) and participates in the around-the-marks Castillo del Morro Race and Parade of Sail before racing back 90 miles from Havana to Key West.

By mid-November, 25 vessels were registered comprising approximately 60 people. Last year, 54 racing vessels and 435 people competed. Sixty teams are expected in 2017 in divisions for cruising and racing monohulls and schooners. Late registrations are possible but time for processing permits requires participation to be subject to permits being approved in time to race.

New this year is the location of the buoy racing in Varadero, changed from Havana. “We [also] added some extra days to allow more time for weather issues and down time in Cuba,” said Angle. “The race committee is a complete group of experienced members who work together on many races from Charleston Race Week to Quantum Key West Race Week.” 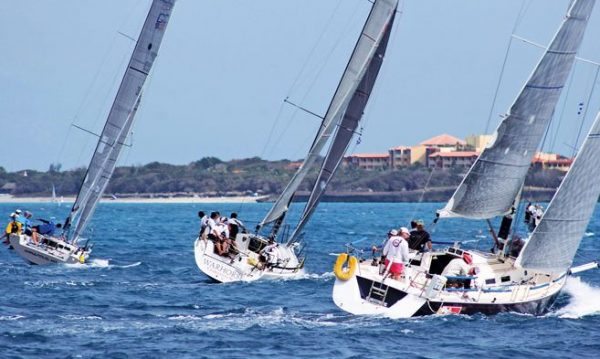 The winner of the Conch Republic Cup is the team with the best combined overall performance in the four races that comprise Key West Cuba Race Week. The event timing is designed to allow sailors who follow the racing calendar to continue on to the Caribbean racing circuit.

A Key West Citizen article last year began, “Brisk winds Friday made for a quick, but bumpy, start to the first leg of a sailing race between Key West and Cuba.”

Eddie Evans of Charleston, S.C., skipper of the Oceanis 381 Naut-On Call, won the 2016 Conch Republic Cup. He planned to defend his trophy this year. “Initially, I wanted to join in for the thrill of visiting Cuba,” said Evans, who competed for many years in the Regatta Time in Abaco because of the spirited competition and fun-loving attitudes of its organizers and participants, “but I found the Conch Republic Cup to share the recipe of fun and competition that my crew and I find so appealing.” 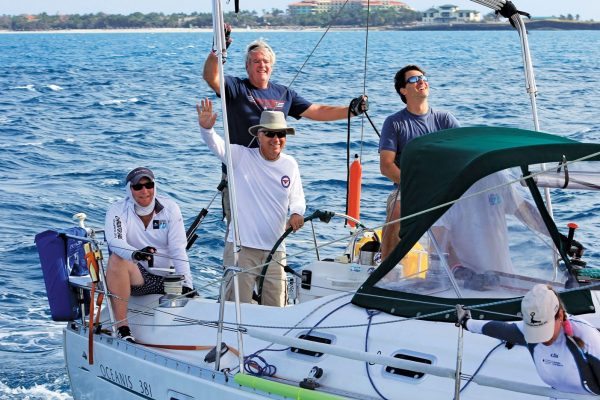 Evans has been sailing for 40 years, and while he used to average 200 ocean miles a year aboard Naut-On Call, he now averages closer to 5,000 nautical miles when he includes the Conch Republic Cup on his schedule. “While we enjoy being competitive, our boat’s ultimate goal is making friendships and sharing our passion of sailing and adventure with like-minded individuals.”

The Conch Republic Cup is a historic race that started in 1997 with a direct race to Varadero then expanded to Havana in 1999. With the loosening of the travel restrictions to Cuba by the Obama administration, organizers were able to revive the race. Past races included five classes of vessels – 2 PHRF, JAM, Multihull and Schooner.

Commodore José Miguel Díaz Escrich, port officer of the Hemingway International Yacht Club of Cuba which boasts 2,433 members from 65 countries, said, “The board of directors and [our] members… greet you sincerely and wish to share with you and all members of [the] American boating community the happiness that fills our hearts because of  the establishment of diplomatic relations between our two countries, [an] historic event that opens a path full of hope and optimism that will enable us to continue expanding and strengthening relations of friendship and cooperation established with the American boating community since May 21, 1992, when our Yacht Club was founded.”