ALL AT SEAThe Caribbean\'s Waterfront Community
HomeSailSailing with Charlie: Terminology and the Neophyte
Sail

Sailing with Charlie: Terminology and the Neophyte 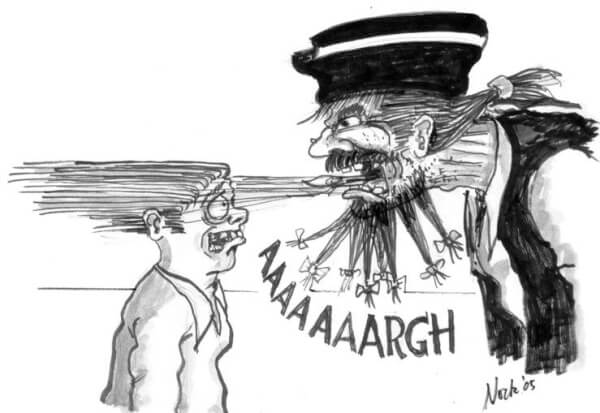 Landlubbers often have a very hard time when it comes to understanding nautical terminology and undoubtedly it’s challenging; almost like learning a whole new language.

Terms like gollywobbler, gooseneck, slippery hitch and barber-hauler are all part of this lingo as are more identifiable names like stemhead, turnbuckle and seacock.  It certainly behooves a novice sailor to familiarize him/herself with this nautical language before embarking on one of the most fun pastimes on the planet, sailing.

The understanding of terminology is also essential for safety. Windward and leeward (pronounced loowerd), starboard and port, head up and bear away are important when it comes to understanding the rules of the road. When docking, don’t be upset when a captain shouts: “Make it fast.” In nautical jargon it means ‘tie it securely’ and not necessarily quickly.

How did the terms ‘nun’ and ‘can’ apply to navigational aids? In the Iala B buoyage system, when entering a port from seaward, the phrase ‘red right returning’ applies. But how did this system arise?  It was Charlie who, several years ago, asked a pretty young novice from the nearby convent if she would like to go sailing with him. Somewhat apprehensive she agreed and just as they were entering a narrow channel, Charlie, now well lubricated by several cold Heineken beers and dressed in the briefest of Speedos, made an improper suggestion. The poor girl turned red and jumped overboard. Charlie, in his haste to rescue the distressed girl, dropped his can of Heineken over the side. Moments later on the VHF he relayed a distress call, part of which was: “Red nun to starboard, green can to port.”  This is now the norm – thank you Charlie.

The terms starboard and port should be familiar to every sailor of course, starboard being right when facing forward and left being port. But less than 200 years ago the terms were starboard and larboard. Can you imagine on a stormy, wind-driven day the lookout forward shouting to the helmsman “#@%board” or “#%@board” to identify a hazard?

Obviously there was a need to change. Before ships had rudders a steering oar was used, and since most people are right handed the oar was deployed at the stern over the starboard side. Logically then, when a vessel tied up to the wharf (or at the port) it would come alongside port side to. Larboard became port.

There are various interjections that apply to nautical speech. One is the nautical ‘Aarrh’ associated more with pirates than ordinary seamen. It is now firmly established as pirate lore. The origin of this exclamation seems to have been the West Country of Britain; home to many seafarers and pirates. It means the affirmative or yes … ‘Oh Aarrh’!

Julian_Putley
Julian Putley is the author of ‘The Drinking Man’s Guide to the BVI’, ‘Sunfun Calypso’, and ‘Sunfun Gospel’.
RELATED ARTICLES
Life