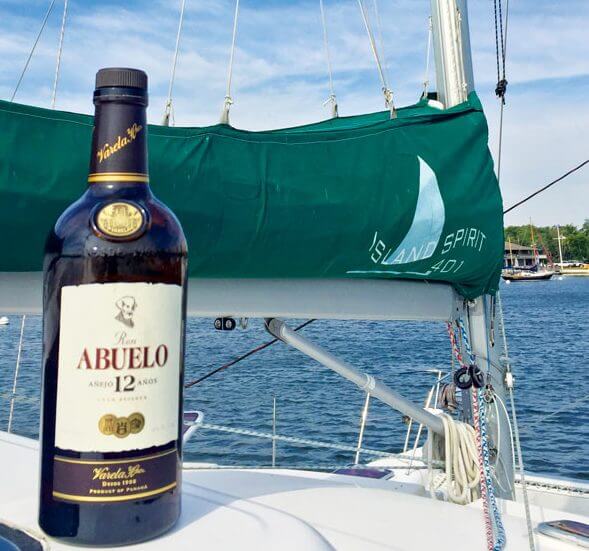 Have you ever gone to a movie based on your favorite books and left the theater wishing you had never gone. Would your opinion of the movie have been different if you hadn’t read the book? When doing our rum tastings we purposely limit our information to what we find on the label so our experience is organic. It is not until after our initial tasting we learn the history and what the distiller intended us to experience. The label on Ron Abuelo 12 year old told us it was a product of Panama and the company dated back to 1908. Basic.

After the Varela sons took over the business they amassed a sizable personal collection of aged rums. Their collection became so large, the brothers began sharing small amounts with the public under a private label, Ron Abuelo.

Today, Ron Abuelo is aged in American White Oak barrels in the solera style. Though this bottle has a 12 year age statement, it actually contains rums greater than 20 years old. The age is stated by the youngest rum in the batch.

He Said
In the glass, this rum looks younger than a 12 year old. The initial nose is sweet with vanillas and molasses and a hint of spice but the longer I linger the vanilla goes away. I immediately get the sweetness from the molasses on the palate and some citrus undertones. The rum is smooth and warming from start to finish. It may look like a younger rum but it drinks like a rum well beyond its years.

She said
My nose immediately picks up orange peel but needs to linger as well to detect what provides the sweetness. Molasses? Brown sugar? I definitely do not get vanilla like Clint. As I linger I’m taken by the body of the rum. It coats the glass and eventually my palette like fine brandy. Though I expect a sweet taste, the orange, with a touch of cinnamon, becomes the dominant note. There is a bite on the back of the throat before a nice warming sensation going down.

Overall
Though we are not 100% on target with the notes suggested by the distiller, we enjoyed the simplicity and could make it a go-to when we are just looking for a taste of rum without pretense.