While flipping through the Complete Home Bartender’s Guide looking for a drink that would complement the mood of the day, we came across a Painkiller recipe made with white rum. No Way! Painkillers are ALWAYS made with Pusser’s Rum.

What is Pusser’s Rum?

Pusser’s Rum is a blend of five West Indies rums distilled in a double wooden pot still and once used as rations for the sailors in the British Royal Navy. After entrepreneur Charles Tobias gained permission to commercialize the rum in 1979, he became curious about a drink in the British Virgin Islands called the Painkiller made with Pusser’s. Boaters from around the world, including Tobias, would swim ashore to the Soggy Dollar Bar on Jost Van Dyke, owned by Daphne Henderson, to partake of her delicious cocktail guaranteed to kill any pain anyone was having.

So what is the Soggy Dollar Painkiller Recipe?

Tobias tried for years to get Henderson to divulge her secret recipe for the cocktail but to no avail. Taking matters into his own hands he swam a Painkiller back to his boat and tried to recreate the Painkiller recipe. He finally worked out a 4-1-1 ratio of pineapple, coconut cream, orange juice and enough Pusser’s to suit your pain needs. Tobias returned to Soggy Dollar announcing he’d finally cracked Henderson’s secret recipe. He mixed up his drink and let the customers and Henderson be the judge. Though it was not as sweet as Henderson’s version the customers were unanimous in preferring Tobias’s version.

Today Pusser’s Painkiller® is a staple in the BVI and duplicated in bars throughout the world. How can you tell if you are getting the real version?

Our first reaction was “Where’s the rum?” There is a strong pineapple note with very little coconut and no rum notes to speak of. This is your basic umbrella drink on a low-cost cruise ship that may have shown Pirates of the Caribbean at one point.

The pineapple, orange juice and coconut are well balanced with a backdrop of rum. Though there’s no initial nose of rum, the drink is well balanced and not sickening sweet. The cocktail goes down very smoothly and was gone before we knew it.

Immediately we get an oak note on the nose. On the palate, the characteristics of the rum balance out the sweetness of the juices and coconut cream making them the backdrop for the rum. The drink is so well rounded that we wanted to take our time to savor each sip.

If you can see the rum – golden color cocktail – and detect characteristics of the rum, then you have the real Pusser’s Painkiller®. However, the Bacardi version would pass muster in a pinch. 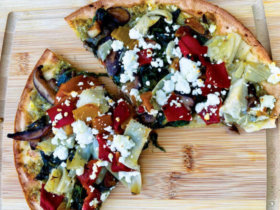 Spatchcocking involves splitting the chicken by removing the backbone so you can flatten it, resulting in crispier skin and even, quicker cooking. 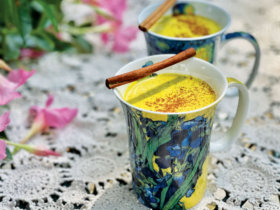 In the Caribbean we do not have the opportunity to celebrate the turning of the leaves, but we can enjoy some satisfying fall bounty supper