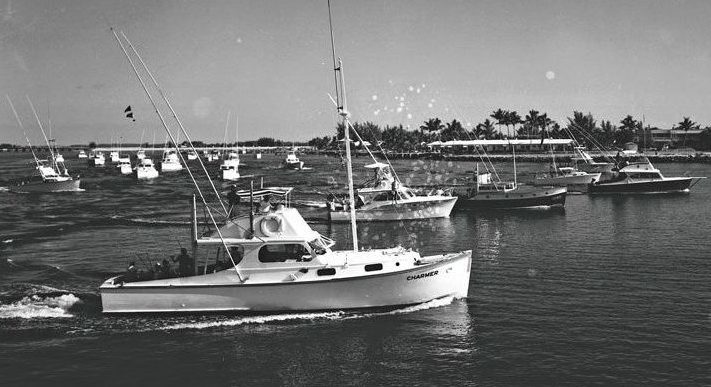 If sailfish are on your bucket list as an angler, then register for the West Palm Beach Fishing Club’s (WPBFC) Silver Sailfish Derby. Fished out of Sailfish Marina on Singer Island, this January 10 to 13 tournament, is recognized as ‘The World’s Oldest Sailfish Tournament’ and one of the most prestigious too having the late Ernest Hemingway as a trophy sponsor back in the 1950s.

Top sailfish anglers, captains and crews from around the globe will vie for some of the most coveted awards. For example, and according to the WPBFC’s communications coordinator, Tom ‘Buzz’ Bzura, the Mrs. Henry R. Rea trophy is awarded to the top angler with the most sailfish releases. The Rea trophy is a magnificent silver sailfish sculpture that dates to the event’s origin. This trophy remains one of the crown jewels in all of angling and is sponsored by Elizabeth Richebourg Rea of Connecticut. Top Lady Angler, Outstanding Angling Achievement, Top Small Boat, Junior Angler, Captain, Tag Team, Daily Angler and Daily Boat, and Overall Boat and Angler prizes are other awards.

Proceeds from the Silver Sailfish Derby benefit the WPBFC’s many conservation and education initiatives. For registration and information, call: (561) 832-6780 or visit: www.westpalm beachfishingclub.org/silver-sailfish-derby.php