My Lowest Emotional Point during my Cruising Life 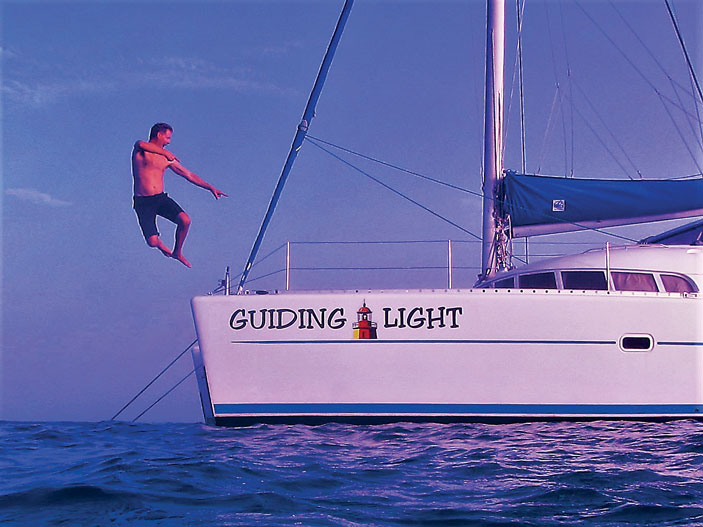 Usually I write about different islands, locations, and events in this column, but this month I want to share with you my lowest emotional point during my cruising life.

I left Rum Cay around 8pm with the idea of sailing close haul in a 10-15 knot ENE wind to Samana Cay and arrive around 10am the next day, so I could have good light to enter the reef of this remote and uninhabited island. The winds did not cooperate being 15-20 knot from the east instead, so I had to motor sail because the wind was closer than I could sail.

During the night, the six-foot waves shifted a little making it dangerous to enter the reef fringed bay of Samana Cay. Also, a cold front was only two days behind me. Therefore, I decided it would not be a good idea to make landfall and instead continued onto Mayaguana Island. Turning my 14-hour solo sail into a trip of 23 hours.

I don’t know what it was about that day, I have been in higher winds and seas and on longer passages, but I hit a pretty low emotional point. I think it happens to everyone in life, where you wonder what you are doing and why. I had thoughts of just selling the boat and going back to Colorado! I missed my family, friends, and playing soccer! I simply was not a happy camper and I just wanted to be done with the passage, take a hot shower, eat dinner, and GO TO BED!!!!

When I got to Mayaguana it was pitch black. Once I entered the lee of the island I found protection but had to creep closer to shore due to the depth of the water. Once I was in 45 feet I dropped the anchor and was done for the night.

The next morning I started pulling the anchor up and had a bit of an issue….It was stuck and when I finally got it loose the anchor was not at the end of the chain!!!!!!! As you might imagine this did not help my mood from the previous day. I decided the best thing was to note the GPS and go 10 miles to Abrahams Bay and pay a fisherman/diver to retrieve it.

I found two guys to do it for only $100. Once we got to the coordinates, the first thing he grabbed was…..his fishing spear!?! He dove down twice when I got us to the exact spot and twice he found nothing but did have a big ol’ lobster on his spear. By the third attempt I was geared up and went in to “help”. I only swam 25 feet before I saw chain marks in the sand forming an arrow to my anchor. It was then that the fisherman was able “find” my anchor. Gee, thanks, Haha. He tied a line around the roll bar of the anchor and up it came. Once back to the Guiding Light, I asked if he was going to give me one of the lobsters since I was the one paying for the trip. He reluctantly handed one to me. Score!

The simple act of recovering my anchor turned my mood around. A wave of contentment washed over me and lasted for months. So, if you find yourself in a funk, no matter where you are and what you are doing, things will turn around.