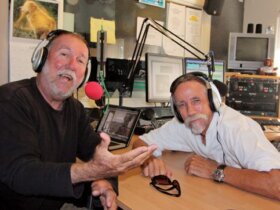 If
you didn’t come to the Caribbean on a
yacht, and you’re not chartering one once you’re here, what are the
options for getting out on the water? Thanks to a surge in one-design fleets
and a few dynamic yacht clubs, the opportunities are better than you might have
thought…

Tom
Paterson takes care of the Antigua Yacht Club fleet. “You have to become
a member,” he says, “but it’s very cheap.” The AYC
organises the well-respected Caribbean Laser Championships dominated year after
year by local hero and coach Karl James.

Elsewhere, Jolly Harbour
has regular racing on Saturdays, while Horizon Yacht Charters has a fleet of 10
yachts available for racing. “We are all under-crewed,” admits
Paterson.

Finally, the Sunsail Colonna Hotel
has an abundance of sail boats – some 90 beach boats from Lasers and
windsurfers to Hobies, Sports boats and 32-foot Beneteaus.

The Royal BVI Yacht Club has a fleet of Optimists, Picos, Lasers
and Wayfarers. These are available for both training and racing. Although the
boats are primarily provided for the use of members,
non-members are welcome to join in on a pay and play basis.

“We have
active fleets in the Optimists, Lasers and IC24s that race on weekends during
the winter and week nights in summer,” confirms RBVIYC co-ordinator Judy
Petz. “Visiting sailors are always welcome to visit the club in
Road Harbour.
For further details please contact us on 1-284-494-3286 or [email protected]

Also
in the BVI, Racing in Paradise operates a
fleet of IC24s for longer-duration charters around the islands. The IC24,
developed by Chris Rosenberg in St
Thomas, is a J24 with a modified, more open cockpit.
The Racing in Paradise flotilla leaves Nanny Cay in Tortola and heads on a
four-day racing/cruising trip through Norman
Island, Bitter End in Virgin Gorda,
Trellis
Bay and back.

According to RIP’s Richard
Wooldridge, “there are currently nine IC24s racing in the BVI”. The
first was launched in March 2003, with the most recent being First Caribbean
KATS in June 2005. Two more launches are imminent – one for Chris
Haycraft, another one for the sailing school in Nanny Cay.

“Right now,” says
Woolridge, “Chris Rosenberg is bidding on 12 J24s from the
Naval Academy
in Annapolis.
Eight will be for the Puerto Rico fleet, where
Fraito Lugo’s father will be managing conversions. One will be for the
St Thomas fleet, and
three will be for the BVI. We also have a Katrina-damaged J24 on the way from
Miami. I’ll be
converting that one.”

“We have
regular racing on Friday evenings until light fades, in November, after which
we revert to Saturday afternoons,” says Haycraft.

The
backbone of the St Lucia Yacht Club fleet is the J24, introduced by Commodore
Mike Green in conjunction with the St Lucia Sailing Association, St Lucia
Olympic Committee, as well as Michael Camps and Robert Geoffroy at the
Sailing
School.

Developed in 1977, the J24 is the
world’s most popular keelboat. The SLYC has a fleet of five, along with
eight Lasers and 15 Optimists.

According to Commodore Green,
“All boats are for training, although there is one club J that can be
rented for the day. The plan is to get at least 40 Js down for the St Lucia
Sailing Festival.”

St Thomas’ Chris Rosenberg has been central
to the growth of one-design sailing and racing in the Caribbean.
After the St Thomas Yacht Club fleet was decimated in Hurricane Marilyn,
Rosenberg introduced the
IC24 concept to stimulate keelboat racing in the storm’s aftermath.

The nine-strong St Thomas IC24
fleet has become a regular feature of the St Thomas Rolex Regatta and BVI
Spring Regattas. Otherwise, the Yacht Club still operates a fleet of Optimists,
Lasers and 420s with priority given to members. Go to www.styc.net

While
the St Maarten Yacht Club has an active Optimist Youth Sailing Programme,
Lagoon Sailboat Rentals has been the driving force behind competitive adult
racing on the island and beyond. LSR’s fleet of nine Jeanneau Sunfast 20s
moored off Uncle Harry’s Bar, inside the lagoon, is available for regular
evening and weekend racing as well as big-name regattas.

Regattas hosted by the LSR fleet
include the North Sails Regatta, Caribbean Women’s Keelboat Regatta, Electec
Regatta, and the twilight races. During the last five years there have been
some legendary events – real down-to-the-wire races masterminded by
well-known names from around the Caribbean.
Robbie Hirst, Karl James, John Holmberg, Mike Green, Debbie Schreiber, Pat
Nolan and Fraito Lugo are just a few of those who have come down to St Maarten
to test themselves against their peers over a weekend.

For
rates, dates and booking info, go to www.lagoonsailboatrental.com or
call Cary on
557 0714.