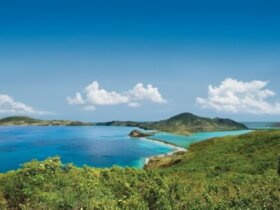 For many owners the construction of a new yacht represents the pièce de résistance of their boating experience. The new build is the culmination of their dreams, aspirations and cruising goals for the future. For many captains involved in this type of project it is the peak of their professional career, since it allows for their design input based on years of seamanship, boat handling and operating a vessel safely. The ultimate goal of a new built yacht is to have a yacht owner who had a pleasurable experience during the build process and is thoroughly satisfied with their vessel at closing.

To help assure the owner’s satisfaction, a project management team must be assembled before any yacht designs are drawn up. This team will look after the owner’s interests and identify all the stakeholders in the new build.

Potential STAKEHOLDERS in a New Build

Owner – The owner is investing a large amount of capital in a new yacht, and the delivery of a boat which meets the owner’s specifications is paramount. The more an owner stays involved in the new build process the greater their enjoyment with their yacht when underway.

Captain – The captain advises the owner during the design and in build process regarding general arrangement of the vessel, operational and boat handling parameters, safety and navigation equipment and outfitting.

Attorney – The attorney is the legal representative of the owner’s interests and is responsible for drafting a purchase agreement or modifying the manufacturer’s or broker’s contract to best represent the owner’s legal needs. The contract includes the yacht’s specifications and purchase price, payment schedule, classification society and flag state parameters, performance specifications and conditions of closing. In addition, the attorney will be consulted regarding any breach of contract problems prior to closing.

Marine Surveyor – The marine surveyor chosen is experienced with the type of yacht being built and is the neutral and final arbiter of acceptance for the owner during the in build process and sea trials. The surveyor will identify key milestones during the build such as hull construction, interior assembly, deck to hull joining, and launching that will require inspection and approval by the surveyor prior to the next step in the build process. In many cases, these approvals will be keyed to the next manufacturer’s or broker’s progress payments due from the owner.

Naval Architect – The naval architect will develop a custom design or modify an existing design to meet the owner’s requirements. Questions regarding performance specifications and stability concerns are also addressed by the yacht designer.

Broker – Depending on the arrangements for purchasing the yacht from the manufacturer, a yacht broker may be involved as a stakeholder. If so, deposits and progress payments will be made to the broker who will then transfer them to the manufacturer. Once the vessel is launched, commissioned and passes the manufactuer’s sea trial it will be delivered to the broker. The broker then conducts sea trials with the owner and the owner’s representatives. After the sea trials are completed and major and minor issues are identified and resolve,d the broker will arrange the the final payment due from the onwer and the yacht’s closing and handover.

Even with the best intentions, contractual safeguards and detailed design specifications the construction of a new yacht will have its ups and downs.

Shipyards have gone bankrupt, owners have walked away from their unfinished yacht due to financial reverses, unforeseen design problems have cropped up and yard work that needed to be redone due to quality concerns have all plagued new builds. These unexpected issues and delays will occur, but continued due diligence by the project manager and a good sense of humor by the captain will keep all the moving parts in sync and on track. And just like a rough passage underway, over time it will make for a good sea story.