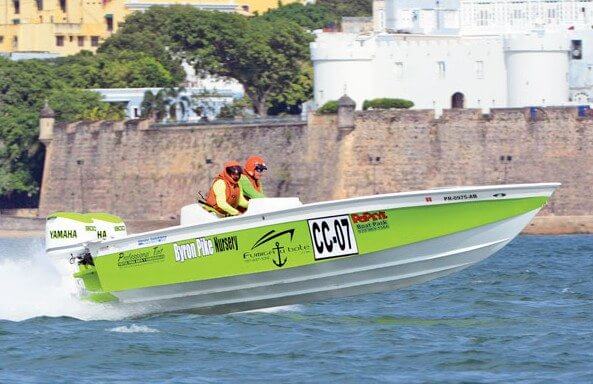 The offshore powerboating community in Puerto Rico celebrated the close of its 2015 season with the Cataño Offshore Challenge. This extremely popular event, held in San Juan Bay the weekend of December 4th to 6th, also marked an occasion where organizers looked ahead to the latest trends in powerboat racing and to the events the non-profit Puerto Rico Offshore Series, Inc., (PROS) will host in 2016.

“The Cataño Offshore Challenge is the most important of our four annual races because the champions from each class are decided at this event,” says Benny Nieves, PROS president.

Teams on 13 boats and 20 jet skis competed in five classes each. The offshore category featured a first-time center console class. This was created because of the large number of boats of this type in Puerto Rico and the demand from owners who wanted to race in an organized circuit. Participants in other classes ranged from 24ft single engine monohulls to 36ft triple engine catamarans. The jet skis started first and completed ten laps on a two-mile course, while the offshore boats raced 12 laps on a four-mile course.

“What made the Cataño Offshore Challenge so much fun were the fans! Offshore powerboat racing has been happening in Puerto Rico since the 1980s. In every event, and especially this one, it’s fun to talk with the fans, listen to their racing stories and see how excited they get when the races start,” says Nieves.

Fans also enjoyed the Race Village ashore. Here, for the entire weekend, there was a festival of live bands, food, drink, dealers with jet skis and boats on display, and a chance to see the boats participating and meet the crews.

“New was the combination of powerboats and jet skis in the same event. This combination worked very well in the 2015 season because it offered more races in a single day and more fun for the public to watch,” says Nieves. 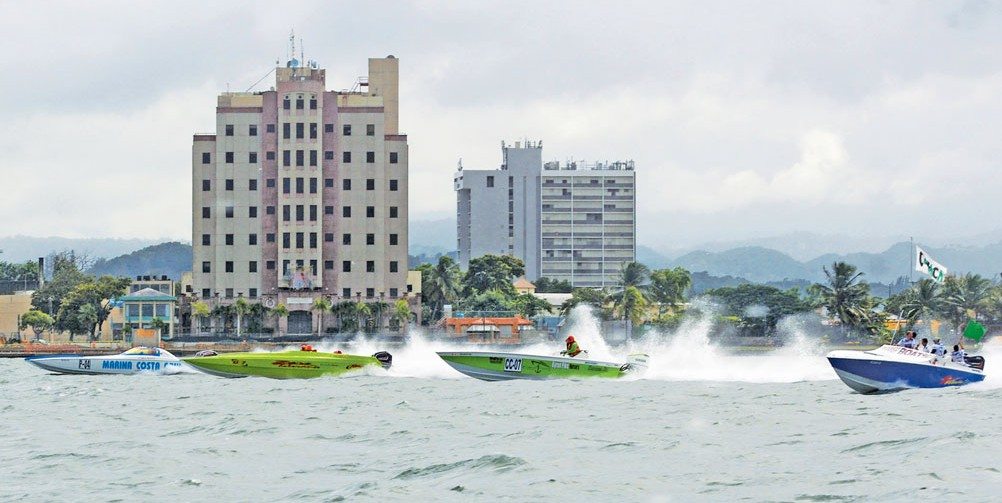 In 2016, PROS plans venue changes which in the past have included Fajardo, Ponce, Mayaguez and Cataño. There will be more amenities for the public. Plus, there will be new boats racing such as the Pantera Racing Team with its latest 35ft twin step hull. The season kicks off in March. 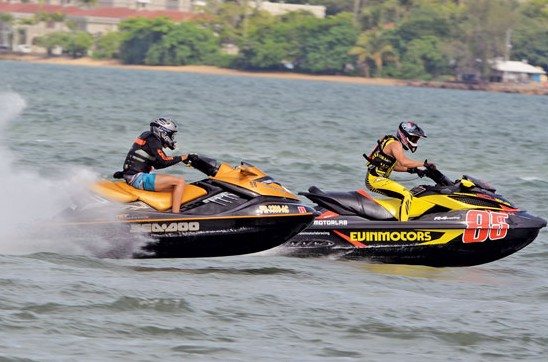 “It’s very easy to join in offshore racing in Puerto Rico because we arrange classes by speed in the boats and horse power in the jets skis. Our offshore classes range from F or ‘family’ class that tops at 60mph to the C class running over 100mph. Classes are monitored by GPS. In the jet skis, classes range from 200, 250 and, 300 horse power to the X class, which is the only modified class in the jet skis. Inspections from our technical staff are very rigorous. We invite any team who wants to, to come and race!” says Nieves.