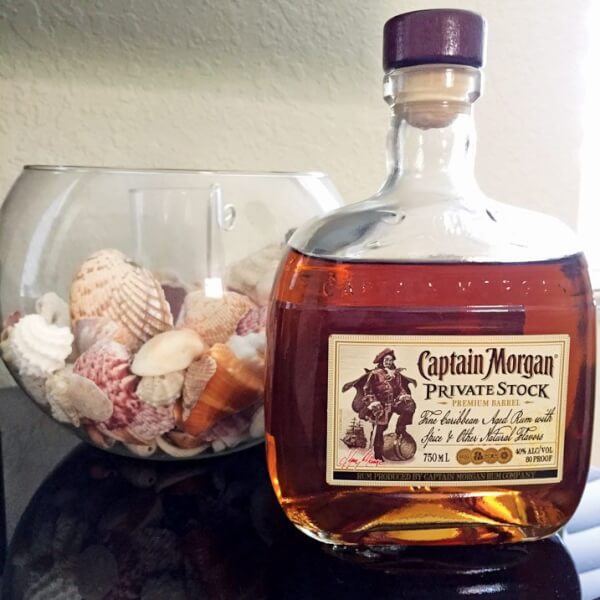 Before we departed the Chesapeake Bay for Florida, marina friends on Naturally Stoned presented us a parting gift. They said, “When you have a wee dram remember the good friends you left up north to shiver in their flip flops.” So it was only fitting when the crew from Jolly Mon, friends from the same marina, visited we bought a fresh bottle of Captain Morgan Private Stock to share. The rum became the center of attention after a day of sailing and a night of blues music.

When Sam Bronfman, President and CEO of Seagram’s drinks company, arrived in the Caribbean in the 1940s he was instantly mesmerized by the opportunities presented by spice rum. After founding the Captain Morgan Rum Company, Bronfman soon purchased Long Pond Distillery in Jamaica. He also purchased an age-old family recipe for spiced rum from the Ley Brothers who developed the recipe using rums from Long Pond Distillery. This recipe became the inspiration for Captain Morgan Original Spiced Rum.

Captain Morgan Private Stock is made from their finest reserves, then blended with mellow island spices. The rum is aged in oak barrels for two years, giving this 80-proof rum a rich caramel color.

Instead of “He Said/She Said” we teamed up. After a night of blues the crews were primed and ready to sip.

Finding Balance
The warm sherry color reminds us of many other fine sipping rums. On the nose there is a strong vanilla with just a subtle hint of spice. The vanilla doesn’t let you down on the tongue, but now the spice peeks through a bit more, letting you know its origins. The finish coats the throat with a warm honey. Subsequent sips brings out more spice, however the vanilla is still very strong.

Jolly Mon
As ones who are more prone to mixing rather than sipping rum, we first had to learn the ropes from the crew of Finding Balance. The nose was very inviting with sweet honey and rich vanilla. The sip tasted just as it smelled. Spice was definitely not the star of this rum although it could have contributed to the warmth going down the throat. The next time we feel a cold coming we can see us reaching for this rum instead of cold medicine.

Overall
For a Private Stock based on a successful and, might we say very popular spice rum, we are left wondering, “Where’s the spice?”  Vanilla is the belle of the ball with this rum, making it a sipping rum all the way.  We could not imagine mixing since the vanilla is so strong.