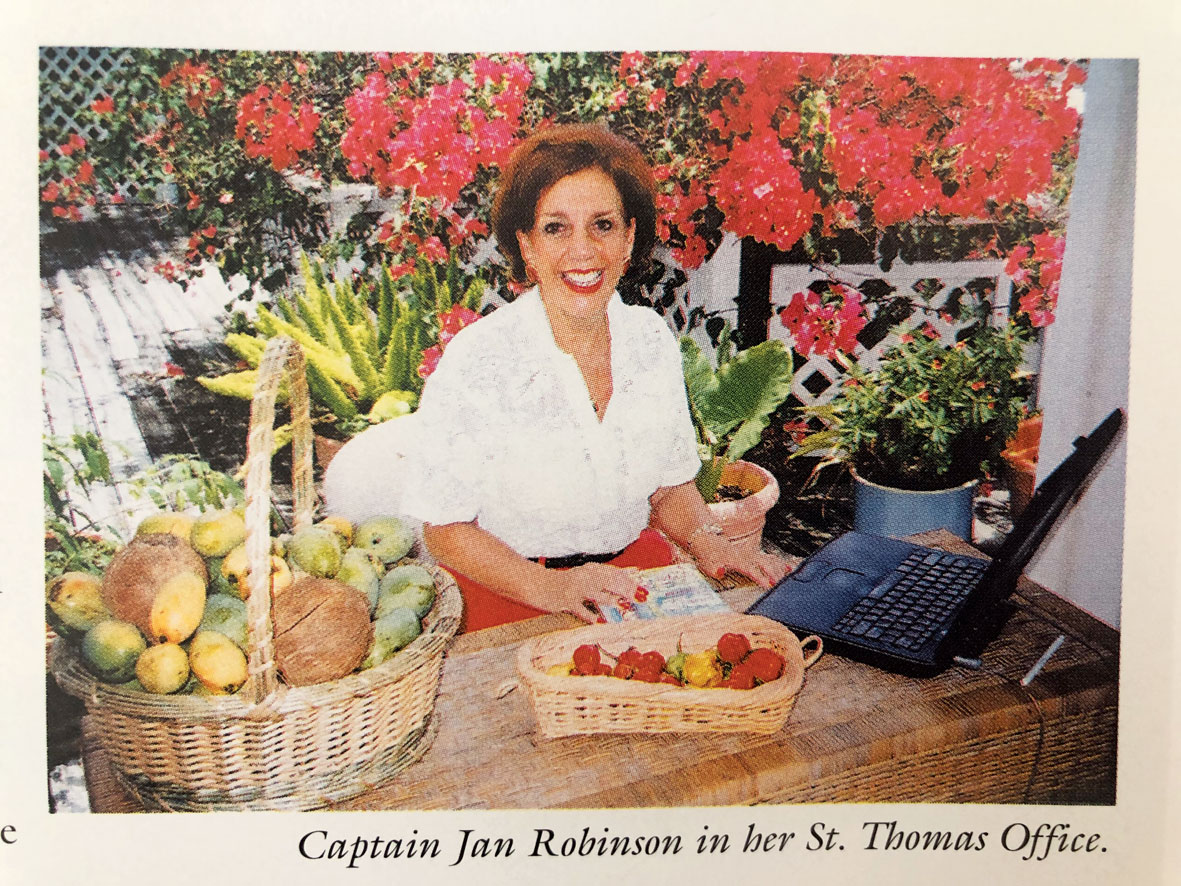 The names of those inducted into the Charter Yacht Brokers Hall of Fame reads like a ‘Who’s Who’ of iconic industry professionals. There’s the Nicholson family, charter pioneers in Antigua; Charlie and Marti Peet of VI Water Safaris, which is today Regency Charter Services and Regency Yacht Vacations; and Ted Irwin, who designed and built the 65- and 68-foot 6- and 8-guest ketches that revolutionized charter yachting in the Caribbean. The 2019 selectee, announced at the Antigua Charter Yacht Meeting in December, boasts a four-decade career that spans from charter chef to cookbook author and culinary competitions coordinator. It’s Captain Jan Robinson, of ‘Ship to Shore’ fame. 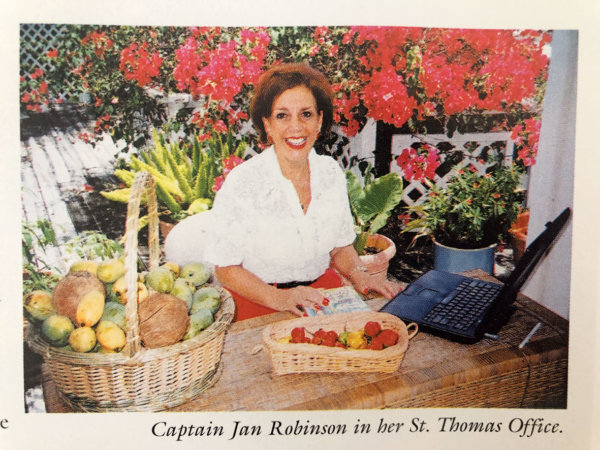 “The Charter Yacht Brokers Hall of Fame started in 2011 as one of those off-hand comments, followed closely by, “Ya know… That’s not the dumbest idea in the world…,” explains Dick Schoonover, manager of crewed yacht clearinghouse, CharterPort BVI, in Tortola, who heads up the annual award. “Shortly thereafter I wrote to the president of the Charter Yacht Brokers Association and said, “Our business is maturing.  We have people about whom we speak in almost legendary terms. It’s time we thought about doing something.”

Robinson, a New Zealand native who divides her time between North Carolina and the U.S. Virgin of Water Island, cast off with her husband in 1979 to go cruising and subsequently they started chartering their 60-foot motorsailer, Vanity. Five years later, she published her first cookbook, Ship to Shore I, with over 600 charter-friendly recipes. Since then, she’s written nearly a dozen cookbooks, obtained culinary certificates from Le Cordon Bleu and Ecole Ritz Escoffier cooking schools in Paris as well as the Culinary Institute of America in New York, and continues to be a force a major yacht shows in the Caribbean and Mediterranean.

On winning this award, ALL AT SEA asked Robinson these five questions: 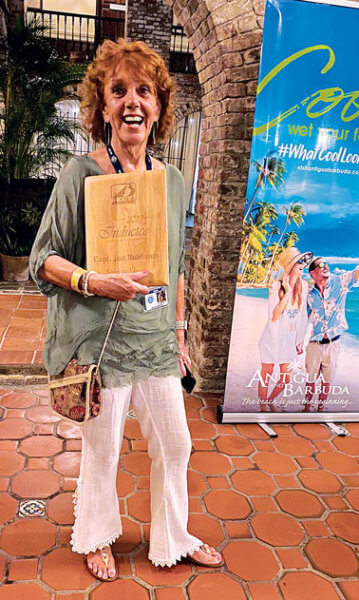 ALL AT SEA: What are you most proud of in your charter yacht industry career?

Robinson: Probably the chef competitions, which we started in 1979. The chefs on the charter yachts would take their favorite dish into Yacht Haven (St. Thomas) for a potluck/cocktail party. It was then that I started organizing the judging of each dish. The (Virgin Islands) Charter Yacht League became involved and it became a big event and I was able to secure several very generous sponsors. The contests are a great way to keep a high standard in the galley and the chefs challenged.

ALL AT SEA: What has been the most challenging in your career?

Robinson: Collecting recipes from the charter yacht chefs, and testing, creating, publishing, distributing and marketing the series of Ship to Shore cookbooks to promote chefs and the industry. Beyond that, I earned my first captain’s license in 1981 and master’s license in 1986. Back then it was very challenging being a ‘girl’.

ALL AT SEA: Could you tell a fun story from your early days chartering?

Robinson: In the 1980’s, it was very difficult to provision as often the island would be out of basics! Your menu was made up of what was available. Pueblo was known as ‘The Store’ and had electric cash registers. I can remember filling up at least three large carts with food and being ready to check out and the power would go out. So, there you stood, trying to decide to put the frozen back or pray the electric would come back on soon.

ALL AT SEA: From your hindsight, what advice would you offer to crews, especially charter chefs, today?

Robinson: Be grateful for what you have now. There are so many food and beverage choices and so many places to provision.

ALL AT SEA: What’s next for you? 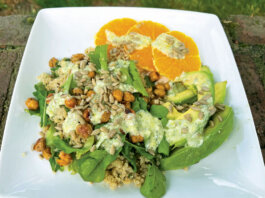 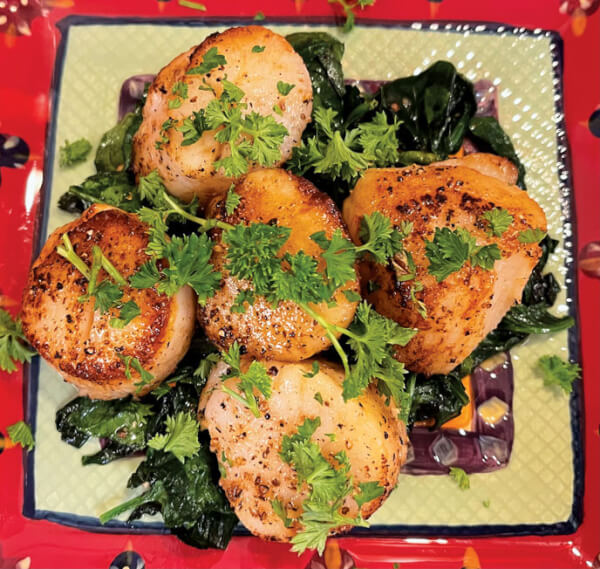 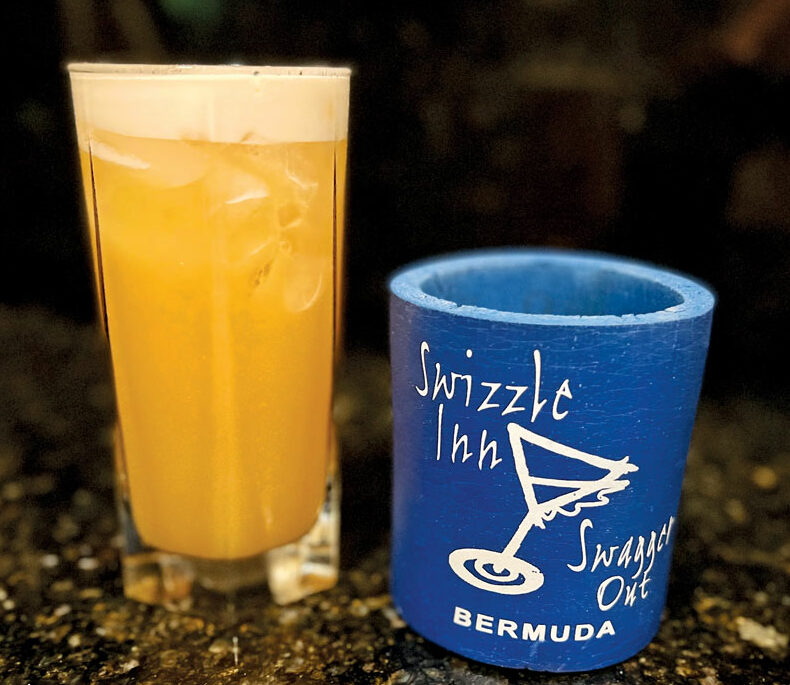