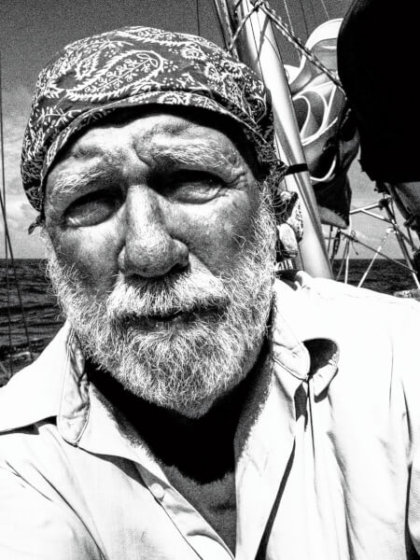 Once upon a time it was possible for an idiot (that would be me) to buy a boat with a frozen auxiliary engine—and rebuild said engine with some wrenches, a sledgehammer, a wooden yard stick, and not much else. I did exactly that in 1968 at 16 years of age.

The engine in question was an ancient (even then) 25hp flathead Universal Utility Four which (eventually, after the rebuild) ran on gasoline, chewing gum, and prayers. It had a Zenith carburetor with a modern flame arrester—that meant it was about 20% less likely to kill you when it backfired, which sounded like a cannon firing. (In the daylight, backfiring didn’t seem so bad but at night the entire engine room would be violently illuminated by the ‘barely arrested’ flame that mostly didn’t shoot out of the carburetor.)

Luckily, I didn’t have a rebuild manual. It would have just confused me anyway. Nobody wanted these engines even back then—well, nobody with any sense. I managed to buy a second one for $45. The only thing I knew about both engines was that neither one ran—and hadn’t for a dozen years or so.

Well, I didn’t let that discourage me.

I yanked the engine out of my new (well, 40-year-old) boat, brought it to a warehouse, and placed the second engine 40 feet away. I took both engines to bits with the liberal use of penetrating oil, a breaker bar, and a sledgehammer. My goal was simple—to make one crappily running engine from two non-functioning ones. My techno-technique was pretty primitive—I’d just hold up both parts, and build the ‘new’ engine out of the parts that weren’t crushed, misshapen, burnt, rusty, or bluish from excessive heat.

Now, there are a lot of parts in an engine—and I realized about half-way through the strip-down, that I had no idea how many. Thus, I rebuilt the ‘bad engine’ as well—just so, eventually when I ended up with two engines and some empty coffee cans, I knew I’d put in as many parts as I’d taken out.

I learned as I went. For example, hitting small things with large hammers often changes their shape—which, according to most wench-twisters who stopped by to observe in horror, wasn’t good.

“The idea is to… well, to do as little damage to the parts as possible,” mused one such shade-tree advisor.

Another helpful grease monkey asked if I had ‘mic’ed’ the parts before reassembly.

Apparently, he was referring to using a micrometer to determine if my replacement parts were within the parameters of a ‘proper’ rebuild. See why I didn’t want the numerical distractions of a manual?

Nonetheless, I reassured the grease monkey by waving around my wooden yardstick and saying, nonchalantly, “Yeah, sort of!”

I mean, really! Back in the day, we didn’t quibble about a quarter of an inch here and there. After all, we wanted to leave enough room for the syrupy 19-cent-a quart lube oil, right?

This engine was a flathead, meaning it didn’t have an overhead cam. Actually, that wasn’t perfectly true either. It was sort of a ‘bowhead’ engine but, after placing my yard stick on-edge to determine the straightness of the warped heads, at least I was able to choose the head with the least warp.

…hey, what are head-gaskets for, if not to be forgiving?

Sadly, I had to vacate the warehouse earlier than expected. There was some problem with the rent but I was too busy to delve into the gritty details. So I had to slap the ‘iron breeze’ back on her beds before the rebuild was complete.

The Singing Sailor And Other Sad Tales of My Eternal Ineptitude

Or, for that matter, even tested.

And, worse, both rusty starter motors were toast—and there was no way I could ‘mix and match’ their parts enough to get either of them to spin.

But, hey, I’m not easily discouraged.

So, I brought a gallon of gas down to my boat, a case of ether, and the longest Crescent wrench I could find.

Despite not having the original cranking handle, my engine had been advertised as ‘hand crank-able’ if you were Hercules-high-on-steroids.

Of course, the ‘hand crank’ and the crankshaft end had been machined in such a manner that—as the engine started, its rotation gently worked the handle off the crank and the handle fell harmlessly to the floor.

Squeezing the Last Few Inches Out of Your White Floppy Things 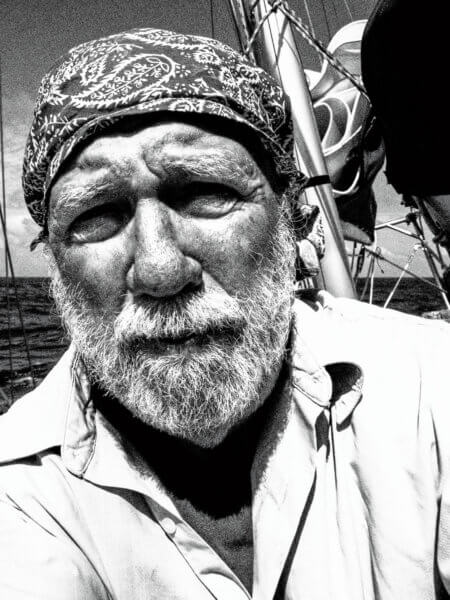 I mean, was I a pussy cat or a sailor?

Yes, what I lacked in intelligence at 16-years-of-age, I more than made up for in stupidity!

Nonetheless, I carefully adjusted the adjustable wrench (which, back in the day, was referred to a ‘knuckle buster’ with good reason) and used that to turn the engine over. And over. And over.

True, any engine I touch suddenly becomes stubborn. Still, I preserved. And developed an elaborate pre-start ritual. First, I’d remove the spark plugs and pour a teaspoon of oil in each cylinder to increase compression. After rotating her once, I’d then shoot a single shot of ether in each cylinder as well—then quickly screw back in the cleaned-and-dried spark plug. Then I’d whimsically readjust the points to the thickness of a match book cover—which was rumored to be “close enough for government work.” Just to gild the lily, I’d wipe down the inside of the distributor cap to dry it, then adjust the timing a half-turn clockwise or anticlockwise—who knew within 50 degrees or so?

Then, just for good measure, I’d douse the whole greasy mess with a mist of ether—enough explosive to shift Mount Everest off its foundation.

After about three days of this, without preamble, she started. Yikes! I nearly jumped out of my skin. The main cabin was small. Worse, the large Crescent wrench didn’t unscrew from the crankshaft end—it just stayed there rotating in a deadly fashion as the engine spun fast, faster, and FASTEST!

Luckily, I had enough sense to dive forward headfirst into the forepeak area—just as the heavy wrench flung off and struck the cabin top so hard that it left a sizeable dent in an oak deck beam.

Now you’d think that, having survived such a dangerous situation once, I’d count my lucky stars and never do it again. Instead, I thought to myself, “Gee, who needs a starter motor!”

And from then onwards, guests aboard would ask with puzzlement, “What’s with the ring of raw wood?” from where the Crescent wrench had landed repeatedly.

Was the rebuild perfect? Gosh, no. She burned almost as much lube oil as gasoline. I joked it was my ‘James Bond’ engine (Goldfinger was filmed around this time) because no one astern could see my vessel through the blue haze.

But the damn thing ran for years. Hell, it even powered me around the Great Lakes and ultimately down the Mighty Mississippi to New Orleans.

Yesterday I happened to be helping a friend install a modern state-of-the-art marine diesel. That complicated gizmo had computer chips glued to every electronic injector, fuel pump, and more. For all I know, Intel made the fresh water coolant cap, and Apple integrated the lube oil plug. I mean, there was as much silicon in that engine block as iron! And I doubted any of it could be beaten into submission with a large sledge and a small 16-year-old pea brain.

But in retrospect, what amazes me about that 1968 rebuild of my smoky Universal Utility Four, isn’t that the engine ran—but that I had had just enough courage to pull it off and yet not enough intelligence to know I shouldn’t try. There’s something to be said for youthful exuberance and unfounded optimism—even half-a-century later.

Editor’s note: Fatty and Carolyn are currently polishing their Perkins M92B somewhere in Southeast Asia—give or take a continent or two.

Are there alternatives for Silicon Sealants?