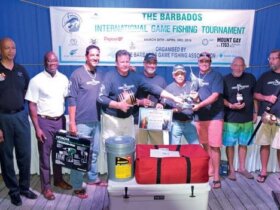 Carnival, which worldwide dates to the Middle Ages and is traditionally celebrated right before Lent on the Christian calendar, is today a festivity celebrated on nearly every Caribbean island. Part European, part African, Caribbean Carnival is a not-to-miss experience of music, masquerade and movement, the last including everything from sashaying to stilt-walking in the streets. Here is a sampling of 10 Top Caribbean Carnivals: 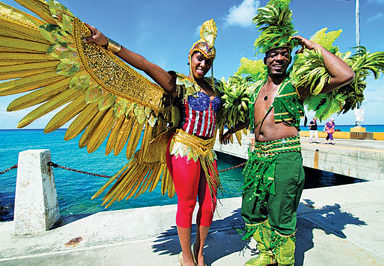 Carnival, Christmas and New Year’s celebrations combine during three weeks of festivities, held both in Christiansted and Frederiksted. Latin music is especially popular due to a sizable population of those who trace their family heritage to Puerto Rico’s offshore island of Vieques. Horse and donkey races are also signature features. www.stcroixtourism.com

Toe tap to Tumba, the island’s official Carnival music genre, which today features elements of Latin jazz and the merengue. Take your pick of Carnival parades. The ‘Gran Marcha’ starts at 10 a.m. on February 23, while the Grand Farewell kicks off at 7 p.m. on February 25. Both routes wind through the island’s capital city of Willemstad and end at the city’s Tio Daou Ballpark. Spectators as well as vendors selling food, drink and souvenirs line the route. www.curacao.com 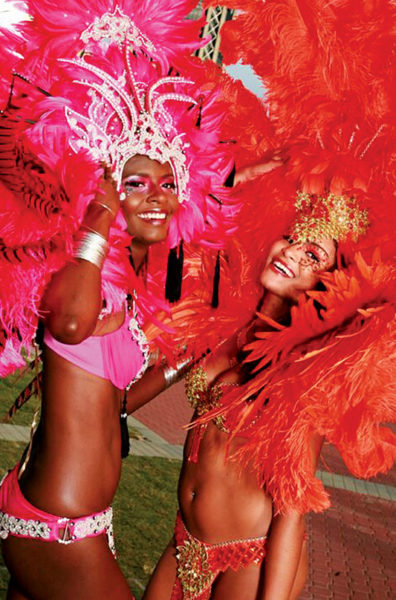 If you’re looking for a bucket list Caribbean Carnival, this is it. These sibling southernmost islands held the first modern-day fete of the region dating to the late 18th century and they certainly do it right. In fact, musicians from other islands often make a point to attend and get the season’s latest tunes, most of which are filled with saucy or political satire. Don a costume, sign up with one of the bands and get ready to dance. www.gotrinidadandtobago.com 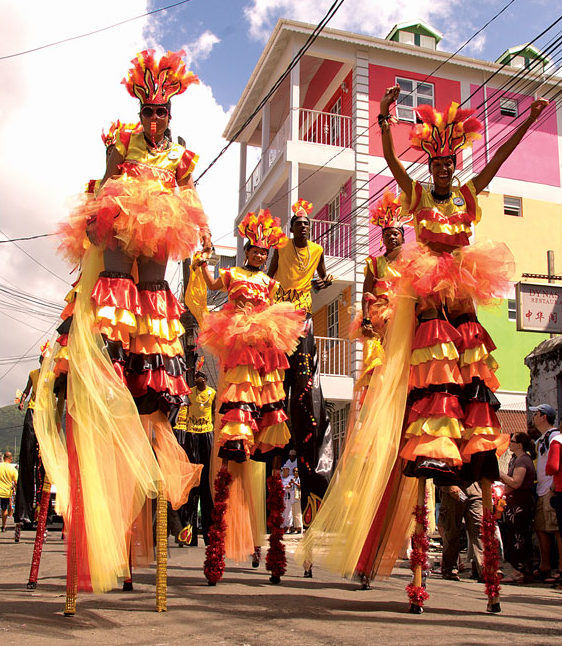 Translated to ‘The Real Mas’, this is one of the most traditional Carnival celebrations in the Caribbean, from its pre-Lent time frame to its pageantry featuring old-time character costumes. For example, there’s the Sensay, derived from a Ghanaian word, which wears an outfit of banana leaves, crocus bags and cow horn headpieces and the colorful 12-foot high stilt walking Bwa-Bwa dancers, which also have roots in West Africa. There’s also a mix of calypso music, royalty competitions and two-day street party or ‘Jump Up’.  www.dominicafestivals.com

Virgin Islanders enjoy this as a homecoming. Cruisers like the fact that all the festivities, from the King and Queen and Calypso competitions, food fair, village with its rides for the kiddies and booths selling local food and drink, power boat races, Carnival Mile run, and back to back Children’s and Adult Parades all take place in Charlotte Amalie. The capital city of the U.S. Virgin Islands is within walking distance of both IGY’s Yacht Haven Grande Marina and Crown Bay Marinas. www.vicarnival.com 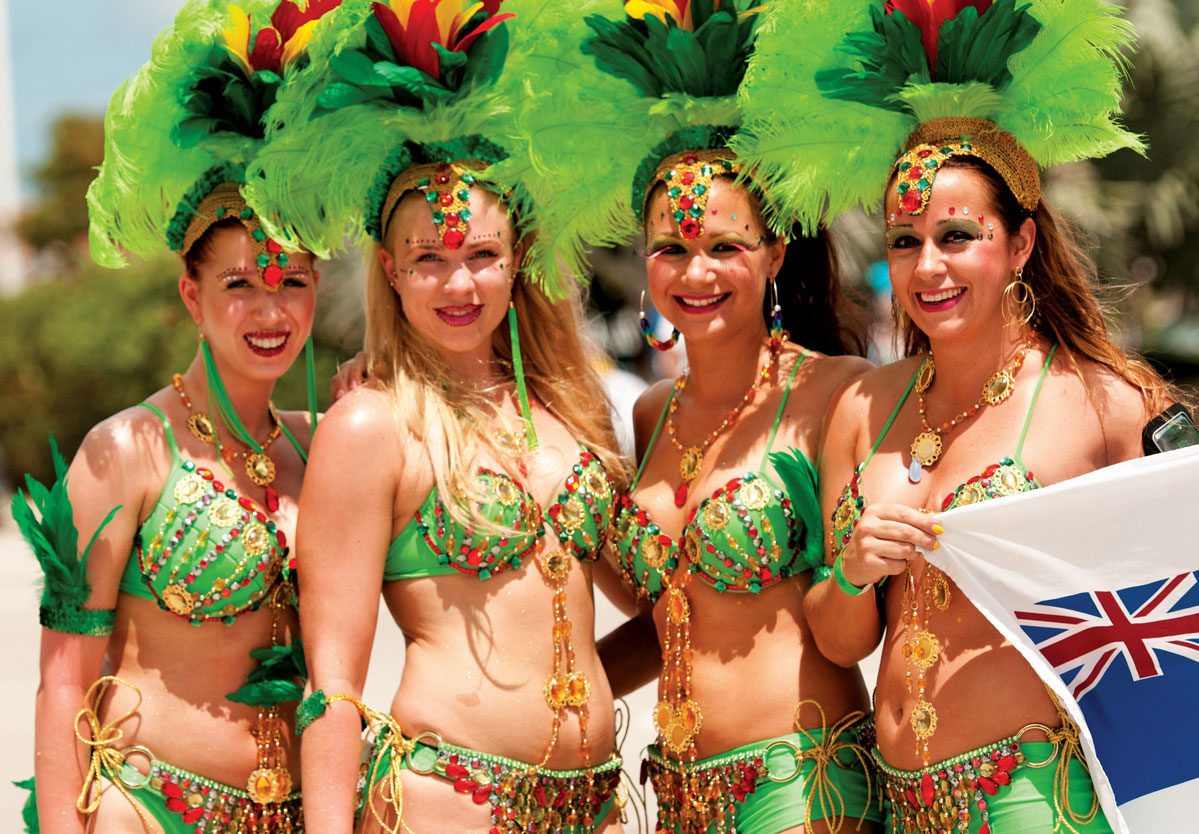 Community spirit is at an all-time high in George Town, on Grand Cayman, where the junior-oriented rendition of Carnival is held one weekend, followed by the main event the next. A masquerade ball, food festival and street parade are all part of the fun. The final Batabano Sunday Boating day sees vessels leave the dock by early afternoon to raft up and relax at Rum Point until sunset. www.caymancarnival.com 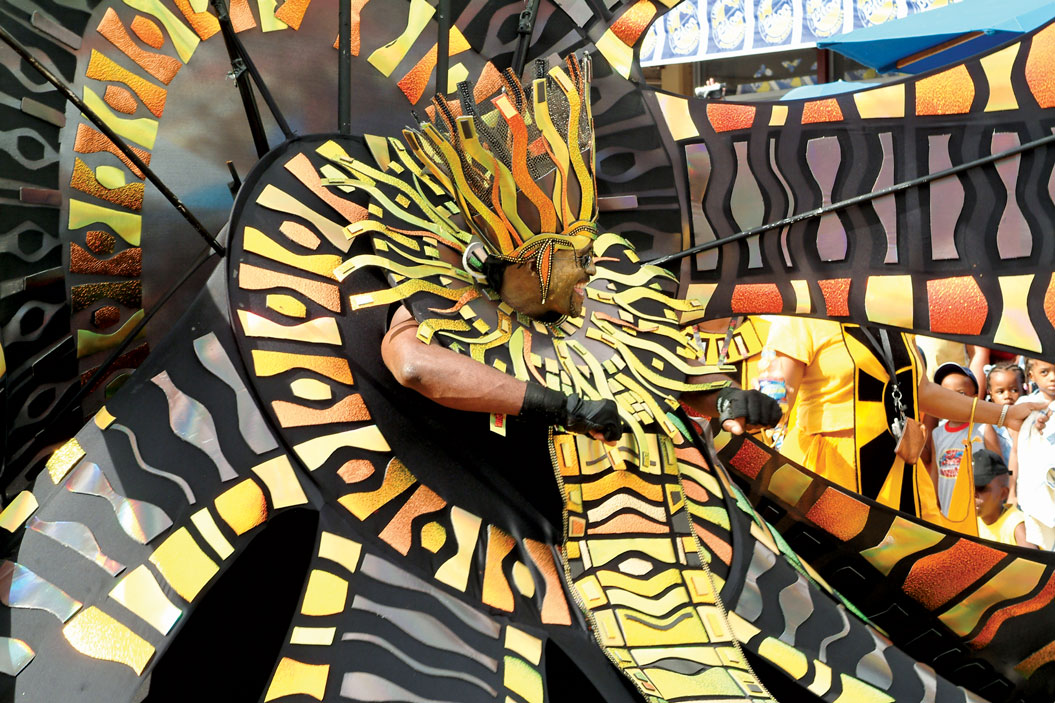 The Power and Groovy Monarch is one of several popular competitions that take place. The Power soca title goes to those with up-tempo songs, while the Groovy title for those with a slower pace. Most of the Carnival events, including the culminating two-day, fun-filled street parade, takes place in the capital city of Castries. However, there are other celebrations that happen elsewhere such as , Gros Islet and Pigeon Island. www.stlucia.org

Soca, Latin, zouk, calypso, quelbe and reggae are a few of the music styles featured at concerts, jump ups, fairs and parades held throughout Tortola. Many events are staged in the capital of Road Town, close to several marinas. For those who prefer to drop anchor over in Cane Garden Bay, there are festival activities in nearby Carrot Bay such as a fishing tournament, farmer’s market and donkey races. www.bvitourism.com

Crop Over Festival is a six week long Carnival event held on this Windward island, and it culminates in a big parade celebrated on the first Monday of August, known as Kadooment Day. Thousands of people, locals and visitors alike, dance and jam behind the colorfully-clad, sequin- and feather-adorned mascaraed bands, floats and troupes. It all starts at the National Stadium and heads to and along the Mighty Grynner Highway in St. Michael. www.visitbarbados.org