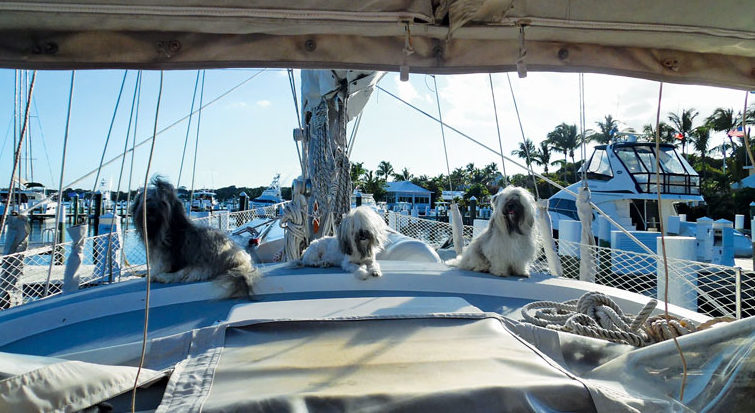 Tips for Cruising with Pets in the Caribbean

Boqueron on Puerto Ricoâ€™s west coast makes a natural stop off point for boats travelling east and west.Â  Itâ€™s the last place you leave from and could be the first place you arrive at after crossing the notorious Mona Passage. The large, wide bay, open to the west is easy to enter, being mindful of the reef in the middle as you motor or sail in. Boats can pass either side of the reef, north or south, and anchor anywhere off the small town. Holding is good in mud, though it is always advisable to let the anchor settle first before you dig it in. BoquerÃ³n is not a port of entry and all boats needing clearance should first head to Mayaguez. It has been known for some sailors to anchor in Boqueron Puerto Rico and take a bus to Cabo Rojo and then another to Mayaguez to clear in but it should be noted that this is not the approved procedure and you are at the whim of the customs officials as to whether they will allow it or not.