In order to answer, I have to rephrase the question in my head, “Which is the island where you’ve enjoyed the most magic?”

I believe that we all carry a little transitory magic inside us and that the places we visit also flood and ebb with a similar magic. When our magic cycles happen to be in sync with our destination, the magic lifts us like a tsunami of good vibes. And I believe that part of this magic is generational—that Haight Ashbury really was a cool place during the 1967 Summer of Love. (Good rule of thumb—if you’ve heard a place has the magic, the magic has already moved on.)

Example: I’ve never been in Key Wasted when it had the magic but I’ve talked with hundreds of people who were—who can regale you with stories of Ernest Hemingway, Judy Blume, Shel Silverstein, Tennessee Williams, and Jimmy Buffett all shooting craps in the toilet of the Green Parrot—as artist David Wegman was hustling pictures of A Frig’n Queen to the tourists at sunset and while marine author Carole Borges was hawking copies of her Dreamseeker’s Daughter from the deck of Ms. Bligh.

…they were all in the right place at the right time—not, alas, I.

However, I’ve had my Caribbean moments—for instance, on St. Barts, St. John, and Bequia in the 1970s. Turks and Caicos was pretty darn cool back when they only allowed drug smugglers in. In the States; New Orleans, Miami. St. Augy, and San Francisco Bay all shined for a while. Ditto, numerous places in Winyah Bay, the Chesapeake, Newport, and the Gulf of Maine all flashed on and off.

I’ll never forget owning numerous businesses in Fort Liquordale when it was hemorrhaging so much money that even a fool such as I was able to earn some. (Yes, it was a swell time to be in the marine industry of South Florida—if you didn’t get hit in the head by some falling burlap seafood or spin the prop of your dinghy by running over a square grouper.)

For a while now I’ve been following the exploits of the traditional sailors of Port Townsend—not to mention all my Alaskan friends who are currently cruising. 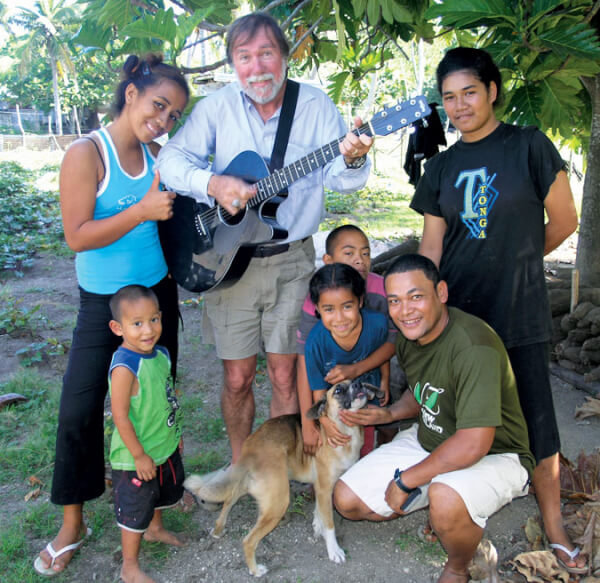 Even French Polynesia can still be cool if you spend most of your 90 days in the Marquesas and Tuamotus. Huahine was the highlight of our 2018 tour. Manuae, the western most of the Society’s is super-cool as well. While I love all of Tonga, the Ha’apai group is still almost untouched by time—as are some of the northern Cook Isles. Fiji is fine if you don’t mind kava-ing up. Vanuatu is famous for its penis-sheaths (Namba) still—not to mention the men folk jumping from lofty rickety towers with woven vines around their ankles.

Micronesia is one of the ‘least disturbed’ places we’ve visited. It is today what Tahiti was in the 1930s. Check out their brand new dug-out canoes—they’re almost as cool as the state-of-the-art vessels of the Maldives, whose builders still lace-on their rudders with cordage because they simply don’t trust modern metals. 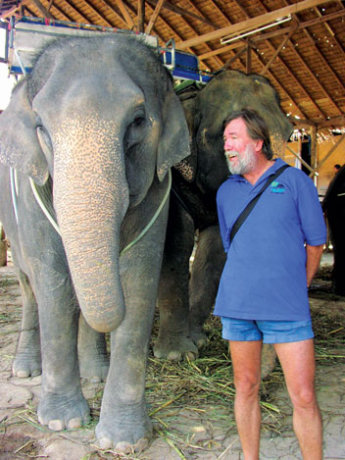 Currently, our favorite ocean is the Indian—very little has changed on Cocos Keeling and Rodrigues in the last hundred years… maybe a goat got pregnant?

They still openly speak to their dead in Madagascar. If they have bad luck, they unbury their relatives, clean off their bones with toothbrushes, decorate them with ribbons, and rebury them for another decade of relative peace.

First impressions of a country are extremely important while circumnavigating. If you have a horrible experience clearing-in, it is hard to recover. Ditto, if clearing-in is a joy—we’re easily receptive to further stray good vibes.

Mexico has hundreds of inviting harbors you’ve never heard of—ditto, Central and South America. San Blas is like a dream—where else do the women row hours to show you their embroidered molas while saying, “Two dolla, three dolla, four dolla!” 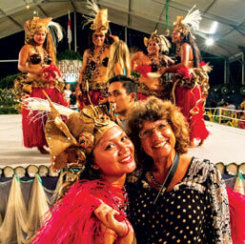 Africa’s all of our home—and once you’ve cruised the Dark Continent, you realize this sobering truth in a manner that only those who have had the soil between their toes understand.

While Bali’s southeast coast is currently mostly a tourist trap—there are anchorages on its north coast that are a Hindu Dream.

In central Indonesia you can daysail from island to island for months at a time—islands which haven’t had a yacht stop in a year, a decade, or even more.

Is the entire world too ‘discovered’ these days? Not at all, not if you bring the magic with you. We’ve met travelers who haven’t enjoyed themselves in the last ten places we found orgasmically-cool—their lack of enjoyment says more about them than their destinations.

One sure way to not have a good time in the Third World is to visit it for convenience. Ease is highly overrated. In fact, some of the reasons we have such a good time in the Third World is because we have to get our propane tanks filled, our groceries purchased, and our water tanks filled. None of this is easy. It’s work. It can be joyous work if you do it right, but it still is work. And this ability to work alongside others operating in different cultures who are also working—that’s one of the major advantages of being a world cruiser. Cruising isn’t Disney World—the people you meet aren’t dressed in costumes and there to wait on you. They are doing exactly the same thing you do while at home, and the most any fair person can ask is that they treat you in their home as you’d treat them in yours.

Our experience that people the world over—even those making two dollars a day—are happy to share their lives and their rice with you IF you approach them as equals.

Remember, our friend Ronnie on Tanna might be living in a mud puddle, lack shoes and teeth, and smell pretty ripe after a day of working in a tropical field—but he’s also the leader of his Vanuatu village who manages to feed all his people in an ecologically pristine way we are just now beginning to understand the wisdom of.

Yes, if you visit Australia, you might think their Aboriginals are pretty primitive—but the Abos lived down under for 14,000 to 17,000 years in harmony with their natural environment—while the arriving Westerners ‘exploited’ many opportunities that they are now regretting in their first 200 years or so.

Which is smarter? Hard to say. But if earth could cast a vote, it might vote the straight Aboriginal ticket.

Of course, as a cruising sailor I do not circumnavigate to teach, I circumnavigate to learn. The entire planet is my classroom—and a sailor doesn’t have to be too bright to realize that we humans only differ by a small amount in comparison of our numerous, more-important commonalities. But the astute traveler brings half the magic with them—and makes it their daily job to deserve the rest.

Up until just recently—pre-COVID-19—I was a member of the most free cruising community in our planet’s watery history. It was an honor and a blessing of which I’m extremely grateful. I have sailed to nearly a hundred countries over the course of six decades of ocean sailing. Who knows what the future will bring? Not I. In the long term, I believe that—in order to overcome our common problems—we’ll all have to work together in common purpose. This me-me-me era of selfish mass consumption simply can’t sustain itself. Wealth will eventually morph into a different coin—of clean water, fresh air, and a germ-free environment. Let’s each of us pray, as so many die daily all around us, that we are around to see the rebirth of our watery Garden of Eden.